Cybersecurity will not stop being a top government priority, but Delaware Chief Information Officer (CIO) James Collins says that its importance and how it is communicated to stakeholders is changing to include the holistic purpose it serves.

“What we’re realizing is in order to connect with the decision-makers and move forward a vision for our states around digital transformation, we need to actually talk about things that connect with the constituents of the legislators and the governors,” said Collins, who is also the former president of the National Association of State CIOs (NASCIO).

Collins spoke to Emily Jarvis, GovLoop’s Senior Online and Events Editor, last month about IT centralization, overhauling the state’s voting system and what has changed and stayed the same about his cybersecurity concerns.

What is your top priority going into 2020? 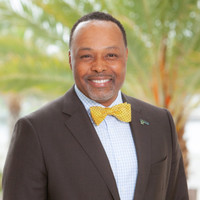 Courtesy of Delaware Department of Technology and Information

My top priority is digital government. Historically, we thought from the data center forward. Now, we’re actually thinking from the citizen and the worker backwards, which is fundamentally changing how we approach our work.

One of the things we’re doing to facilitate that kind of a unified citizen experience is IT centralization, where we’re going to have one network team, one infrastructure team, one end-user support apparatus.  And what that will do for us is it’ll help us achieve that digital government experience. It’ll help us be more efficient with the resources we have and, equally as important, have a consistent cybersecurity posture across the whole state.

That’s great. Can you tell me about a big project or a program that went well in 2019?

We replaced our entire election system.

Oh, goodness. (Both laugh) I mean, it’s an important year to do that. How did that go? Tell me about the process.

It went very well. So the legislature put a task force in place. The task force was originally — and this was a couple years ago — tasked with replacing the machines. The previous solution was mainframe-based. We were taking care of the backend, trying to keep it secure. The first meeting I said, ‘No, we should not just do machines, we need to actually have an integrated solution for elections.’ So we vetted solutions, had demos [and] did an RFP [request for proposal].

There were definitely different views on it. There were some views that we should go all the way back to paper. We already had electronic machines, so we didn’t think that the citizens would embrace going back to paper, so we actually moved forward to touch screen.

It’s been a successful initiative, a relatively smooth rollout. We tested it on some school board elections. [Delaware’s] Elections Commissioner, Anthony Albence, and his staff, they’ve been taking the machines everywhere to festivals and carnivals and parades, so that citizens can, you know, pick their favorite ice cream. So when they get to vote, they’ll be ready.

Now, put on your NASCIO hat for me. Cybersecurity always tops the list of the most important things at NASCIO.  But I do feel like I’ve heard more about digital services than I have in the past. Any kind of movement that you’ve seen in the top priority list?

Well, I gotta start by saying, cybersecurity’s still at the top.

It’s not going anywhere. But I think what we’re realizing is in order to connect with the decision-makers and move forward a vision for our states around digital transformation, we need to actually talk about things that connect with the constituents of the legislators and the governors. So we’ve kind of changed and started saying this is ultimately what we’re trying to achieve.

And then once they say, ‘Yes we like that. We want that,’ then we can say these are the things that we need to do to accomplish that, and security is a major piece.

So, I don’t think it’s gone anywhere, or diminished in its importance, but we’re just putting it in the proper context.

Wow, awesome to hear their elections system overhaul was a success! Thanks for sharing, Pearl!

Why Do We Care About DevOps and Where Did It Come From?