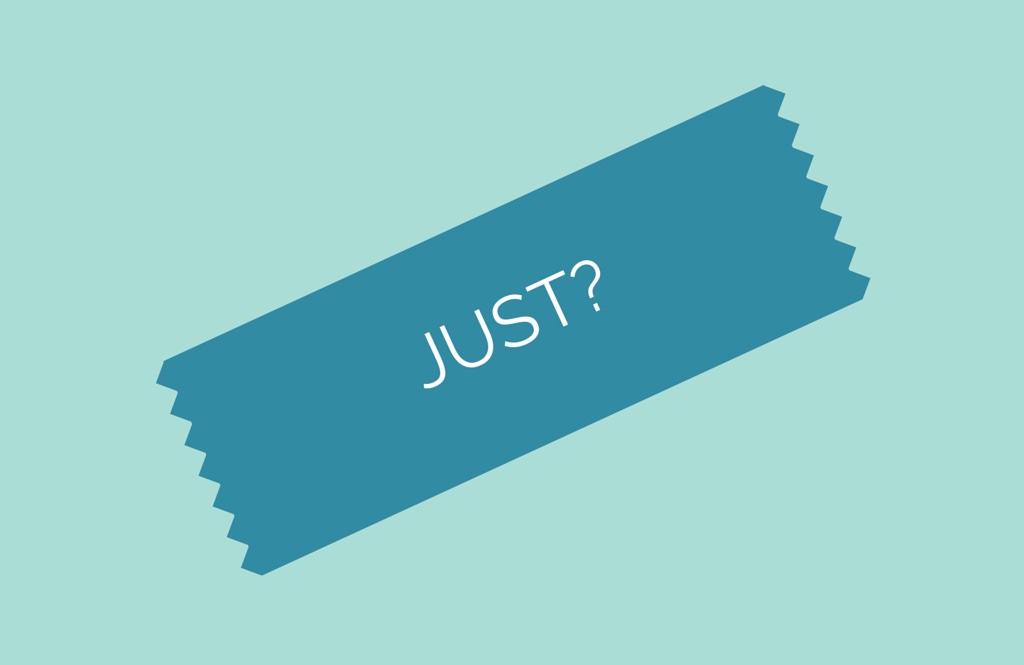 You might have read the article, since it did make a number of headlines (see this article, for instance) and started a larger discussion about whether women should edit their speech to be more assertive (see this article or this blog). But in case you missed it, here’s a summary:

Leanse noticed, in emails with her female colleagues, the word “just” came up far more often than it did in conversations with her male peers. “I just wanted to check in… Just wondering if you’d decided between… If you could just give me an answer…” are some of the phrases she used as examples.

To Leanse, this is a problem. In her own words, here’s why:

“I am all about respectful communication. Yet I began to notice that “just” wasn’t about being polite: it was a subtle message of subordination, of deference. Sometimes it was self-effacing. Sometimes even duplicitous. As I started really listening, I realized that striking it from a phrase almost always clarified and strengthened the message.”

This isn’t the first time

The article has sparked a lot of debate. However, it’s not the first time this general topic of females’ self-deprecating language has come up. After a study revealed that women apologize more often than men, there was a similar debate in the early 2010s about how often we should say “sorry” and how much it undermined our authority.

In both debates on verbiage, we’ve broadly seen two points of view brought to the table. Some, like Leanse, argue that using apologetic words that soften your language undermine your authority and your point. Others have argued that asking women to change their language not only enforces the idea that women must act like men to succeed, but also weakens a lauded strength of many women – their ability to collaborate and facilitate compromise.

So what do we do?

If you’re like me, you’re probably thinking this through and wondering exactly what you’re supposed to say or do now. Both arguments make sense when you don’t want to undermine yourself but you also want to effectively and comfortably handle interactions with peers. Yet you can’t say and not say “just” at the same time. So what do you do?

I argue that, like almost anything else, Leanse’s advice should be taken in moderation and applied to the appropriate situation. Where situations require clarity and strength – the two attributes that Leanse asserts are undermined by “just” – your language should match. Be confident and direct in your word choice.

But that’s not always the case. Sometimes you need to treat a delicate situation, well, delicately. In those instances, you shouldn’t be afraid or ashamed to use every tool in your arsenal, including the “J” word, to get the job done.

Still not totally sure if you’re justified (get it?) in using a “permission” word? Here are a few questions you can ask yourself before sending that email:

Do women use other trigger words to undermine their authority? Think we should just let ladies say what they want and stop worrying about it so much? Have a totally different opinion? Hit the comments and let us know. Just a suggestion…

I agree that the word “just” can undermine a person’s position. I do like the questions you posed in your blog to assist people that over use the word.
When asking a question or for information, I generally end with a “thank you.” before signing off. Whether the info is a requirement or not, I like to add the thank you to acknowledge that nothing is taken for granted. We have to work together, no matter what.

Lots of women understand that it’s not our behavior which needs to change, but society’s perception of what we are saying. Women and men both need to stop policing women’s speech, dress, etc. and assign status based on ability to do our jobs. Maybe we say “just” more because we are just better at collaborating– of course, not all of us, but then it’s easier to lump all of us together than to treat each person individually.

3 Steps to Be a Good Government Leader