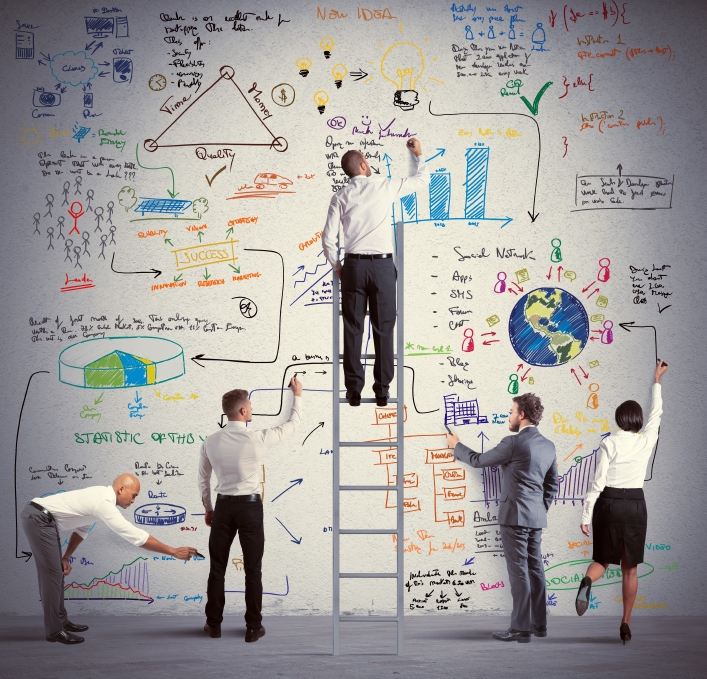 A few weeks ago on the DorobekINSIDER, host Chris Dorobek made a radical call for a government restart – he suggested doing away with the Federal Acquisition Regulation. The FAR was intended to answer any and every procurement question under the sun, but the resulting document has more than 99 parts and thousands of subchapters.

In the end, the document crafted to ease procurement challenges is making it more restrictive.

But uncovering a problem and figuring out a solution are two drastically different things. Kim McCabe, CEO of ASI Government and a leading thinker in the world of government acquisitions sat down with Chris Dorobek on the DorobekINSIDER program for an extended look at the FAR. 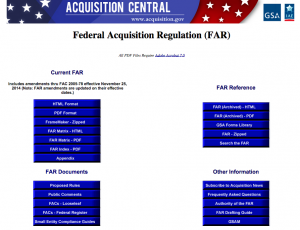 Part of the reason acquisitions are more challenging than ever is that the nature of government work has evolved.

“What we’ve all realized is that we have opportunities we did not have even 10 years ago. Government, education and other institutions were developed in a bygone era. And the question becomes, well what do we aspire to be now?” said McCabe.

The impact of disruptive and enabling technologies on economics, business models, social media is huge. Technology has transformed our ability to connect across borders, across organizations and create value regardless of where you are. That availability is now an expectation.

“We have the tools. We’re just not using them uniformly. We don’t really have a language taxonomy that we can use to talk to each other. We don’t even have a model that says we can transform, and here’s the steps to do it,” noted McCabe. “So what we continue to do is look in the rearview mirror. We try to figure out how to fix the industrial age processes. I think those processes are frankly unfixable in the way that we’re currently approaching it.”

A Too Complicated System

Acquisition professionals are having a really hard time using their own system. “These systems are more highly regulated, there’s more oversight, there’s very little risk being willing to be taken, even in places where we should be taking risk. We are not leveraging the tools that are available,” said McCabe. “We’re not asking the right questions about how to get to that place where we’re really focused on value and outcomes. I think it is the case that the processes as they are right now, are not serving our country’s interests.”

Another of the challenges with the current acquisition model is price is the key driver. “Affordability drives you to either the place where you just try to find the cheapest, or where you have to make really hard choices. We are in a political system where making hard choices is particularly difficult, because there is a winner and a loser. Culturally we steer away from those difficult choices,” said McCabe. “Everyone is really trying to weigh how do we get as much as we can versus asking the question about what should we do, what value should we deliver. The Age of Affordability gives us an opportunity to start asking those hard questions.” 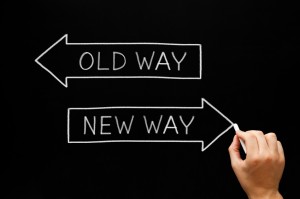 One of the reasons Dorobek suggested redoing the FAR is the lack of flexibility the FAR allows. “We need people to think outside the box. There are so many boxes in the FAR. You can’t start on page two of the document saying this allows a whole bunch of options, and then have thousands of pages telling all the things you can’t do,” noted Dorobek. “Those two things are contradictory. By weight, people are going to focus on all the things they can’t do.”

McCabe agreed the acquisition community needs to get away from the compliance-based structure of the FAR. She also noted that because the FAR’s rules were first conceived during the Industrial Age, the rules are no longer relevant and thus can’t really be fixed. They need to be changed.

For example, “One private sector organization created an app. The app allows them to take the data about world events and use an algorithm to determine the risk to their operations. They’re a global supply chain company. Once the algorithm determines the risk the information pops up on the chief procurement officer’s phone. It’s a lightweight app using big data that allows him to determine if he needs to reroute something. If you have a typhoon the apps alert gives him options in terms of what he can do now to make sure he can serve his constituency.”

Just think if the Department of Defense could do something similar. “We don’t have to do what we’re doing now. We can do it different ways. You think about cognitive computing – AI. If acquisition folks had AI, they would no longer have to be thumbing through to figure out information or making phone calls to try to figure out who has done what when. It’s all there at their fingertips,” said McCabe. “To be able to harness the power of the people who are in the process to really do strategic things, whether that’s market making or making decisions about you know the way that they’re going get something provisioned, it’s no longer a paperwork exercise. The job is more of a strategic exercise for the organization.”

On CBS this Morning, the news program featured the story of a first grader who teamed up with a few North Carolina students to create a prosthetic hand using a 3D printer. They fashioned the arm from materials they found on the Internet. The arm cost the family $20 dollars. That’s a completely different model than how the government has been set up to purchase and innovate.

“We see companies coming out with shared services for 3D printing. But what does that mean in terms of our supply chain? How do we think about purchasing 3D? What is it that the government has to have as a lever to insure mission delivery? These are the kinds of questions that I would love to be answering instead of worrying about instead of worrying about which set of the regulations we need to be following.

A Culture of No 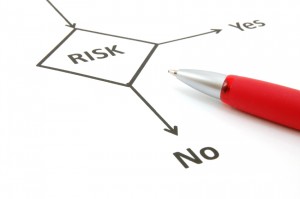 Part of the reason for the culture of fear and risk aversion is because the acquisition community is consistently beaten up in the media and on Capitol Hill.

“Government requires procurers to be riskless. To never make a mistake. Nothing should ever fail, which is ridiculous. Acquisition folks feel devalued. They have managers and leaders who are under a lot of pressure to never make a mistake,” said McCabe. “The minute the Inspector General report comes out, the impact trickles down. The person who made the error gets beat about the head and shoulders in many cases because of the fact that it was written. The report causes generalized fear and generalized paralysis.”

The environment we’re in now presents us with previously unheard of opportunities. “We’re at a point where my kids can play games in the cloud on their own server from my cars Wi-Fi. We have these incredible abilities now. We can change the way we’ve been doing this business to better our country and to make this an enjoyable job,” said McCabe.

One way McCabe is trying to get the transformation conversation started is by working with AcquisitionOfTheFuture.org. The site will allow users to annotate and comment on an acquisition model currently being crafted by the public sector, private sector associations, and academia. The model is a language to have conversations about the transformation process. How you can measure it, what kinds of initiatives you could undertake, or initiative that you already have under hand.

The Key to the Joint Information Environment: On-Demand Services