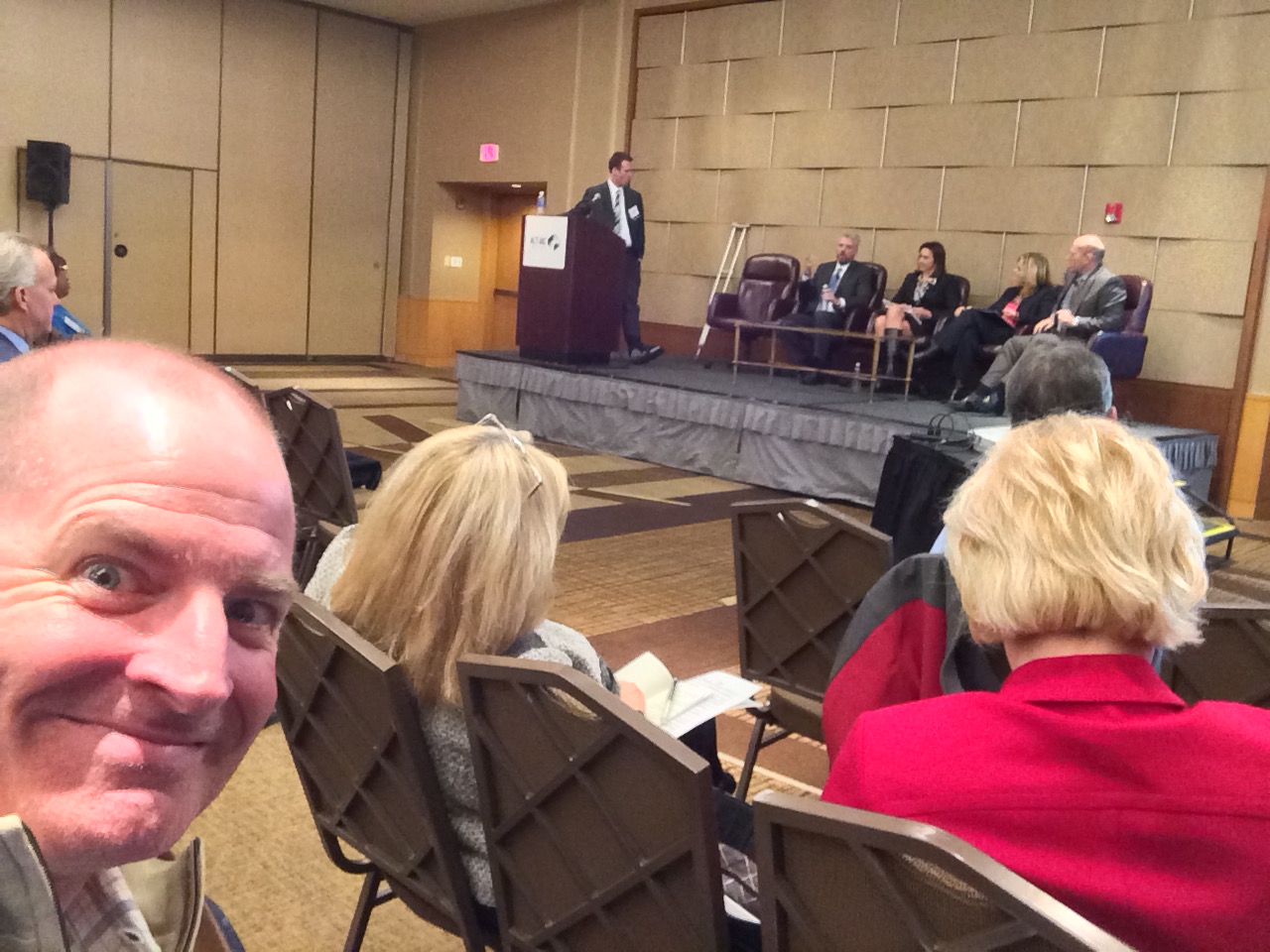 But up front: What one change would you make?

If you could make one change that would help government do its job better, what would it be?

The session was good — here are a few of my tweets:

at @ACTIAC meeting: #GovCon: Q: Most agencies have a ‘use our contract first’ policy – is that going to change?

At @ACTIAC meeting: DOD’s Kenneth Brennan: Too often the price/need is driven by the end of the fiscal year rather than best value

at @ACTIAC meeting: OFPP’s LField: Gov had many many contracts with the same vendors; we could save by just streamlining those

But a number of people came up to me after suggesting that this conversation could have gone on a decade ago, if not longer.

And when I got home, I received this e-mail from somebody who is an acquisition expert:

Many of the comments are almost verbatim what we’ve been hearing for years….requirements are the problem?  Who knew??  Best value and budget-based acquisitions dont go together??  Wow. Multiple contracts with the same company??  I am stunned.

Steve Kelman, the professor at Harvard’s Kennedy School of Government, even recently wrote: When it comes to federal procurement, it’s the requirements, stupid…

So… I challenged people — both in e-mail and at the ACT-IAC meeting — what would they change.

The question I posed: You are in change. You can make one big change. What big change would you make that would help the government do its job better?

One response was to put offices on Web cameras so everybody could see what they are doing — or, by implication, not doing. (Although it seems the Russians may have already beat us to that idea.)

Another person said we need leadership. Unfortunately for him, I called a flag on that response. Too often people expose leadership as if it is some kind of pixy dust without saying what leadership actually is. (Culture change seems to fall in this category.) Unfortunately as I pressed, it became apparent that the notion needed greater mulling.

Here is mine: Blow up the FAR. Yes — throw out the Federal Acquisition Regulation. It is massive. It is bulky. It is bureaucratic. Increasingly, the FAR reminds me of one of my favorite Mark Twain quotes: I didn’t have time to write a short letter so I wrote a long one instead.

I have friends who I know and respect who say that it is the best at what it does in the entire world, and that, in the end, the FAR enables more than it prohibits. But it seems to me any document that needs to be moved using a trolley just isn’t an enabler. It is a problem. It is the reason why contract managers run in fear of any change. (Ironically, the fear is that they could be thrown in jail, even though I don’t know of any case where a contracting official has been thrown in jail… save those who were actively trying to scam the system.)

One of the interesting side conversations at ACT-IAC’s Executive Leadership Conference 2014 recently was from a person who recommended putting the FAR on a wiki and allowing edits. But for me, I’m not sure that goes far enough. I think we need to hit CONTROL-ALT-DELETE and do a full reset.

So… you are in charge for a day. What one change would you make?

Chris, let’s say that we blow up the FAR and the mindset that goes with. The government must manage acquisitions with rules, so a new “FAR” is developed and a new mindset sets in. That’s human nature, and it puts us back where we are now.

I view what OMB and GSA are doing with categories and hallways as an attempt to reduce mindset/organizational culture drag. Streamline the repeated buys where requirements don’t change much from agency to agency, or year to year. Make them easy to execute and improve customer service and performance. Can’t argue with that.

What remains is the 20% in the 80/20 scheme – the sets of requirements that vary across agencies, change rapidly, or both. These represent the tough problems government tries to solve, and if categories and hallways aren’t intended to help much here, we’re back to the hard question of requirements.

Requirements are a business matter owned by programs, not contract offices. If I could do one thing to help make this better, I would blow up old statements of work. I’d force programs to unthink what they think they know and start with a blank piece of paper. “Who are our customers? What do they value? What have we been giving them? What should we be giving them?” Fresh answers to those questions will enable an acquisition to skate to where the puck is going, not where it’s been.

I’d do one more thing: Issue more SOOs than SOWs. Tell contractors the objectives to hit and let them offer their best thinking. That way agencies will see real competition in technical approaches, and perhaps innovation.

I don’t disagree with anything you said. My point was a massive document like the FAR only feed the already bureaucratic culture. And, to be clear, I’m not saying no rules. That clearly wouldn’t work either. But I think a 10-page FAR would actually say what is important rather than laying out everything that could possibly happen.

My question back re SOWs: I’ve been hearing it for years — the government needs to lay out the objectives Why isn’t that the norm? What is the impediment?

Good questions, Chris. In my experience it’s a combination of workload and experience. Too few people. Too little time. Push the SOW out. I’ve seen cut-and-paste jobs containing dates that are years old. There’s too little understanding of emerging requirements even through there’s an understanding of existing requirements. Requirements definition and analysis is not a cakewalk, even with contractor support. Sometimes (not always) a risk-averse mindset kicks in. Programs could lay out objectives, but a protective instinct says that telling contactors what do and how to do it is safer/less risky/more certain than merely laying out the objectives.

Establish a 10 year rolling sunset of all regulations based on the last digit of the year of enactment, particularly administrative regs like the FAR.

Initiate rolling review process of all regs 3 years prior to sunset with requirement to issue recommendation to renew, amend or sunset 1 year prior to sunset.

Require affirmative approval by Joint Resolution of Congress to renew or amend. (JR vs a bill allows Congress oversight but leaves detailed reg writing with the agencies).

Apply same process to Administrative legislation such as Anti-Deficiency and Civil Service Acts.

[…] A few weeks ago on the DorobekINSIDER, host Chris Dorobek made a radical call for a government restart – he suggested doing away with the Federal Acquisition Regulation. The FAR was intended to answer any and every procurement question under the sun, but the resulting document has more than 99 parts and thousands of subchapters. […]

[…] DOROBEKINSIDER: WHAT ONE CHANGE WOULD YOU MAKE? […]

[…] we reinvent the Federal Acquisition Regulation? I said YES. The head of the National Contract Managers Association says […]

[…] result in something that provides the desired results. Thee are a host of reasons for this — I’ve suggested that we start with a FAR do-over. But wherever we start, procurement and acquisition seem like a […]