Federal agencies are way too good at doing the dishes. 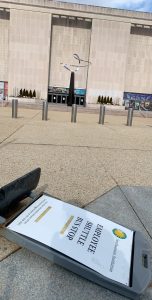 Agencies have learned how to ‘do more with less’ — or, in many instances, ‘do too much with nothing,’ all too well. That has demonstrated itself with decades of continuing resolutions… and shutdowns.

There is some controversy about how many shutdowns there have been in modern history — but there is no debating that this most recent shutdown made history.

Shutdowns, and its nasty cousin, continuing resolutions, are bad management and bad governance. “Operating under a CR or the possibility of a shutdown, or both, creates uncertainty, complicates agency operations, and leads to inefficiencies,” said Heather Krause, GAO’s director of strategic issues in testimony in February 2018.

But this one feels different.

There are many implications of shutdowns and, I’d argue, continuing resolutions — very few of them good. Paul C. Light is a professor of public service at New York University and the author, most recently, of “The Government-Industrial Complex,” wrote in The Washington Post:

The shutdown has already armed many of the same bureaucratic triggers that contributed to the 9/11 terrorist attacks and led to a litany of breakdowns in subsequent years, including the 2004 flu vaccine shortage and Vioxx recall; the 2005 sluggish response to Hurricane Katrina; the 2007 Walter Reed Army Medical Center scandal; the 2008 financial crisis; the 2010 Deepwater Horizon oil spill; the 2012 Benghazi terrorist attack; the 2014 rise of the Islamic State; and last summer’s failed family-separation immigration program.

There are arguments about the role of government — are we asking government to do too much thereby distracting government from carrying out missions that other organizations cannot do effectively. Regardless of where one falls on that debate, we can all agree that shutdown roulette hurts all of us — and hinders the government’s ability to carry out its mission.

This shutdown eventually came to an end when feds in mission-critical roles stopped showing up for work when they were not being paid, primarily air traffic controllers and Transportation Security Agency agents. A few key absences wreaked havoc for airports, airlines, and travelers, and hours later, there was a deal — a temporary deal, but a deal.

But what if there was an actual shutdown?

What if those air traffic controllers and TSA agents were not at work on that Friday, December 21 when the shutdown officially started — yes, the weekend before Christmas?

A deficiency by any other name

There are broader Constitutional issues here. Under the U.S. Constitution, Congress has the power of the purse. As feds well know, there is something called the >Antideficiency Act, which prohibits the executive branch from spending money that has not been appropriated. (There is a fascinating and detailed look at how the Antideficiency Act came about in The Atlantic from 2013, if you are inclined.)  Yet, as >Bloomberg BusinessWeek noted, the Trump administration took steps to mitigate the impact — mostly on groups or industries that were likely to cause problems. The administration ordered more than 400,000 federal employees to come to work — without pay — to inspect planes, monitor food safety — even facilitate the sale of offshore oil-drilling rights.

The National Treasury Employees Union sued the government arguing that the pay-free work was illegal and was outside the scope of activities allowed during a shutdown. NTEU argues that a directive by the Office of Management and Budget which authorizes federal agencies to except employees from furlough is inconsistent with the Antideficiency Act. The directive was originally issued just days before the January 2018 shutdown — seems so long ago, right? NTEU argues that directive “illegally authorized agencies to designate broad swaths of employees as excepted employees, which is at odds with the narrower language in the Antideficiency Act about imminent threats to human life and property.”

Unfortunately, District Judge Richard J. Leon refused to grant a temporary restraining order saying that such a move would “create chaos and confusion.”

“It’s hard not to empathize with the plaintiffs,” Leon wrote in his order, adding that “the judiciary is not, and will not, be leverage in the internal struggle between the branches of government.”

Judge Leon’s decision is more than baffling given that there is no other place for people to turn if there is a disagreement between branches of government. Furthermore, it is hard to imagine that the situation with a shutdown government could be more chaotic than the past month.

Agencies are already asked to do too much with too little. Putting aside arguments about the scope and size of government aside, if we are asking government to do something, we ought to provide the resources for them to do it well.