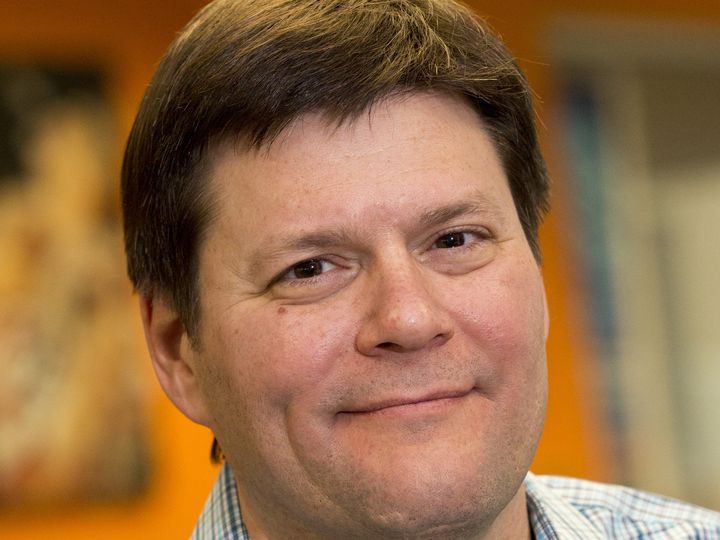 The press doesn’t often get thanked. It’s OK — we’re easy to dislike… and we get that. But there are times when people deserve to be thanked.

Federal Times editor Steve Watkins has decided to step down from that post after 15 years as the leader of that publication.

Watkins told Federal Times that he plans to establish his own business communications firm aimed at the federal technology and management marketplace.

There are not many of us who have led a government focused publication — a publication with the focus on helping government doing its job better. And the past decade has been perhaps the most tumultuous for journalism as the InterWeb has undermined what had been a profitable business model.

I have known Steve for years. He has a remarkably steady — and just remarkable — editor for Federal Times. These days, survival isn’t necessarily a metric for success. That being said, only Watkins and Government Executive editor Tom Shoop have been doing remarkably successful for so long — and particularly in perhaps the most challenging times for journalism.

When I first entered this space more than 20 years ago — and, to be frank, Federal Times was one of the first organizations to not hire me… to be fair, it wasn’t Steve — but at that time, the publication hardly covered technology at all. In fact, the quiet joke was that Federal Times primarily covered the U.S. Postal Service. Of course, there has been a precipitous drop in USPS employees. But beyond that, print ad rates saw a similar kind of precipitous drop. Watkins was part of the team that altered — successfully altered — the direction of the publication. They stepped up its coverage of technology while still maintaining its coverage of personnel issues.

The people who have led one of the publications… we are all very different and we all have fairly unique personalities. Steve is certainly more quiet. I was always surprised how many people didn’t know him. I was always happy that I did.

I mentioned at the start that it is easy to dislike reporters — we often tell you things you don’t want to hear… or point out things you don’t really want to pay attention to. But in a democracy — the original crowdsourcing — we believe that it takes many viewpoints. And, in our world, my goal always has been — and I think Steve exemplified this as well — to help government do its job better. Steve believe that journalism makes a difference — and he demonstrated that for more than 15 years at the helm of Federal Times.

Watkins — justifiably — has good things to say about Federal Times.

I love where Federal Times is positioned right now in the marketplace, and I love the great team we have here, so it’s not easy to step down at this point… But I have a special opportunity to launch a new enterprise that I couldn’t say no to. We’ve done a lot of great journalism at Federal Times over the years and I’m especially proud of that.

There are still challenges ahead — for all of journalism. There is no shortage of competition out there, and that seems unlikely to change.

But Steve has been remarkable leader.

Good luck in your new gig Steve. Thanks for 15 years of public service through journalism for public servants. Speaking personally… you will be missed.

How Ann Dunkin Encourages Girls in STEM through Public Service

How to Thrive in the Application Economy