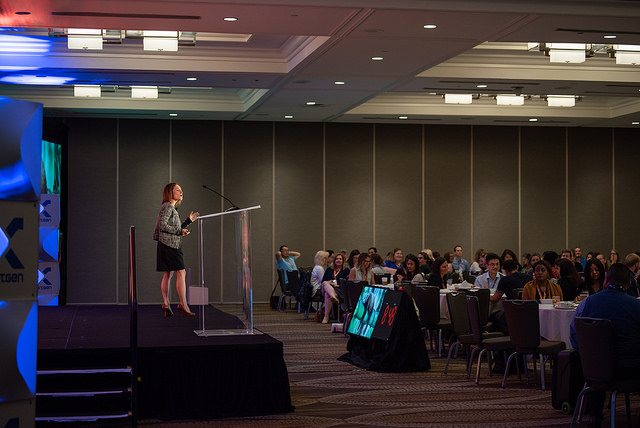 The following post is an excerpt from the introduction of the book I’m writing — Moderator’s Matter: How to have conference sessions that don’t suck. The book is still in the works, but I thought I would share some of the sections as they are in progress. Before detailing why moderators matter, it is important to go over why conferences matter. 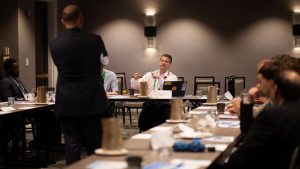 Summits — meetings — conferences — assemblies — conventions — briefings — training — events — even a congress — we have many terms for these moments in time when people come together.

Conferences should be truly magical places. In these days of increased competition and near constant demand for innovation, conference harkens back to the age of Socratic debates. These gatherings are supposed to be a special place where different viewpoints from a variety of people come together in a true form of democratic ideas where each person is made better through conversations with others.

Too often, the reality is, unfortunately, starkly different. In many cases, conferences are more about a party — and the sessions too often are filler. Inevitably, in post-event comment forms, attendees will say how valuable the networking is — yet they often discount the actual conference content, if they acknowledge it at all. 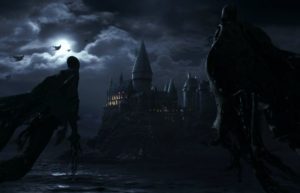 Even worse are the sessions where the room feels as if the energy is being soaked up by a Black Hole. It almost feels as if one of Harry Potter’s infamous Dementors — those dark, malevolent prison guards — may well be is actually sucking all life and joy out of the barely lit room.

Anybody who has attended a conference has had this all too familiar feeling: You are in this cavernous hall, many often underground. There are no windows — and seemly no doors, although paradoxically there is the sound of an occasional door slamming closed when a person (or people) leave the room. Typically there is a stage — generally raised above the rest of the crowd — that sits awash in light, while the audience sits in the dark. That would seem to be a metaphor. Too often that metaphor seems lost. There is a panel of people — too often lacking much diversity — and then, there is a moderator.

Too often the moderator tells the audience that it will be an “interactive discussion” on this important topic — and yet, more often than not, there is a talking head followed by another talking head — and maybe a few more talking heads — inevitably leaving time for a question or two at the very end. We have also had to live through the sessions where a speaker literally reads the text on a series of PowerPoint slides.

“A badly run conference is not only a lost opportunity but is a waste of money and time,” Duncan Green wrote in The Guardian in June 2016. “How did something as truly awful as panel discussions become the default format? They end up being a parade of people reading out papers, or they include terrible PowerPoints crammed with too many words and illegible graphics.”

Too often panel moderators are an afterthought. Too often it is a post given to a sponsor to give them some visibility with little or no training in either moderating or public speaking or, in some dismal instances, even in the subject matter. Too often we treat the moderators as a role that doesn’t matter.

But… moderators do matter.

I have been working on a book titled Moderators Matter that is dedicated to how to be the best moderator you can be. But even before we discuss why moderators matter, it is important to discuss why conferences matter.

It is all too easy to think of conferences as dinosaurs whose age has passed — to think of them as old school — a model where there is largely one-way communication in an era that is increasingly collaborative. But I believe conferences matter — and that moderators are an essential part of making them matter.

No matter what business or industry you are in today, your world is changing — and it is changing faster than ever before. There are plenty of organizations that didn’t foresee the coming changes and quickly found themselves a historical footnote. When was the last time you went to a Blockbuster? (How much did we spend on those late fees, for goodness sake?) Or do you even remember MySpace or Friendster — two early social media pioneers that were quickly overtaken by Facebook. And the list goes on — Blackberry… Eastman Kodak… Sears… Sony… and there are others. The Harvard Business Review notes that it took decades for the telephone to reach 50 percent of households, beginning before 1900. By contrast, with the cell phone, it took five years or less to accomplish the same penetration in 1990.

The purpose of a conference is to bring together people with different ideas, different thoughts, different viewpoints, and out of those differences, our own ideas get fertilized and, when a session really works well, they become even better. Just about anything you read about innovation, they talk about the importance of serendipity: That moment that you talk to somebody unexpected, somebody who you may have never known about… or somebody who is tackling a similar challenge but in a different way… it is that moment that turns into something valuable. Steve Jobs literally built serendipity into design. At the Pixar and Apple offices, rather than putting bathrooms and mailboxes and cafes off to the side, Jobs put them in the center of the space.

“Although some were more than a little annoyed to have to traipse to the lobby every time they needed the loo — something remarkable started to happen,” writes The Independent’s Archie Bland. “Pixar’s employees started to bump into each other. They shot the breeze. Sometimes, the chatter would yield something useful, and one of the participants would head back to her desk with a new idea.”

This should — and can — and has been the role of the conference. 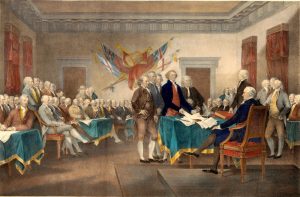 And it is easy to underestimate the power of ideas — and the power that comes from these kinds of gatherings. Tony Rogers, who has literally written the book on conferences and conventions, notes that some of the most significant moments in world history were decided not on the battlefield, but in conference halls. And Rogers quotes a 2010 article in Conference and Meetings World magazine that sites a number of history changing conferences:

Your events may not feel as weighty as the ones mentioned here, but I humbly argue that conferences — the important meeting of the minds — are essential in this time of change.

WHAT CAN YOU DO

Unfortunately, there are too many conferences with sessions that do not live up to these collaborative bastions of innovation. But you, the conference attendee, can make a difference. A few suggestions:

Next time: Why moderators matter.

Having good speakers and a good moderator goes a long way, as well as windows in the session rooms which is rare to find. Being in a cold room with no natural light is also an energy drain.