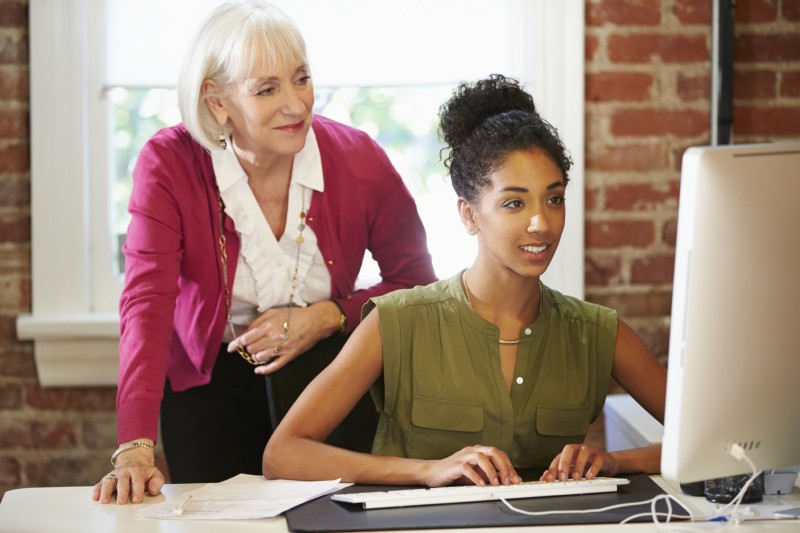 Women employed in technology are facing an uphill battle. The tech community has come a long way toward better supporting and incorporating women into their culture, but there is room for more improvement.

According to the National Center for Women & Information Technology (NCWIT), women made up only 25 percent of the computing workforce in 2015. Making matters worse, women are more likely to leave their tech job than their male counterparts. Common contributing factors include workplace conditions, inadequate access to creative roles, and limitations to upwards career movement. The same NCWIT report found that in the high tech industry, the quit rate is more than twice as high for women as it is for men.

But these alarming statistics paint a worrying picture, not only for young girls who might be interested in an IT career, but also for the tech industry as a whole. Diverse teams are more creative, perform better and serve their user base more effectively.

So how can the tech community respond to these trends in order to be more welcoming? A recent panel discussion at the Amazon Web Services Public Sector Summit in Washington, D.C., tackled this challenge.

Encourage girls to get involved at an early age.

At the summit, LaVerne Council, CIO for the Department of Veterans Affairs, shared how her passion for engineering and computer science began at a summer camp when she was 14. That formative experience at a young age determined her lifelong career path. Other panel participants echoed the importance of early exposure, noting that online games can be a great way for girls to get interested in technology and programming. Helen Sun, Senior Vice President at Motorola Solutions suggested that encouraging female participation in games such as Minecraft and League of Legends may be a good way to give girls an early start in the tech world.

Adolescents rely on role models to educate their plans for the future. Without prominent female figures to observe, girls who are interested in technology may have a harder time imagining themselves in a similar role. So while there are many incredible female role models in the tech community, it is especially important for them to be outspoken. “If you are a woman in tech, be out there and let them see you because they need to see themselves in that role,” said Beth Bergsmark, Deputy CIO at Georgetown University.

Unfortunately, women in leadership positions across any industry often have to overcome bias in the workplace. Particularly worrisome, however, are unconscious biases as they are much harder to combat. According to Sun, she has often observed unreasonable expectations for female executives from people in the workplace. In particular, she described that if a woman is confident and strong, she is considered too aggressive. But if she is relaxed or quiet, then her coworkers doubt her “executive presence.” This double bind bias runs the risk of keeping women from top-level positions at their tech companies. Fortunately, the HR department at Motorola, and other companies as well, have begun programs to combat bias.

It is important to improve the workplace culture to better support other women, but it is just as critical to look out for your own interests. No one is better positioned to advocate for your rights than you are, and the panel offered a few suggestions about how to assert yourself the right way. For Teresa Carlson, Vice President of the Worldwide Public Sector at Amazon Web Services, one way women can set themselves up for success is by demonstrating their talent. She advised newcomers to take on additional roles, even if they aren’t asked to do so, in order to show what they are capable of doing. This way, women can fill in gaps within the community and prove their value to their peers. Similarly, Council pushed young women to be assertive when seeking mentorship in the workplace. She cautioned that women should not worry that they will be seen as needy, and should seek advice from their more experienced colleagues whenever possible.

Do you have any other suggestions for improving the IT workplace culture for women? Let us know in the comments below!

The Challenges of Weak Governance and FITARA

And the NextGen Public Service Awards Finalists Are…