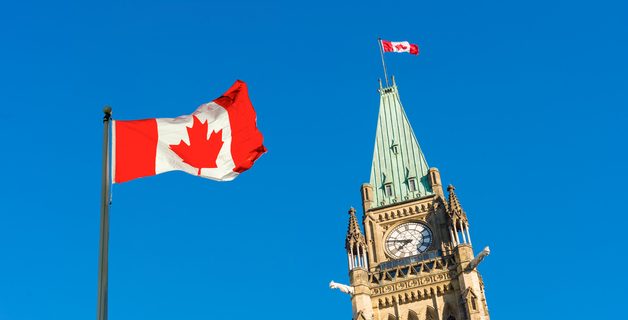 The recent shutdown of the US government had me thinking back to a time when the Canadian government faced a similar – although decidedly different – moment of decision.

In late 2008, the government of Prime Minister Stephen Harper delivered to Parliament an economic update that almost triggered the greatest constitutional crisis in more than 40 years.

A bit of context. In the British Parliamentary system, which Canada follows more or less, the Prime Minister is the head of government. The Queen is the head of state. In the US, of course, the President holds both roles.

The Queen’s representative – the Governor General in the national government, and the Lieutenant Governors in the provinces and territories – must still offer final approval of any law that legislators pass.

It is also only the Queen or her designate who can summon a Prime Minister to office – and can technically dissolve Parliament and call an election.

A federal election held earlier in 2008 had left the country with an ambiguous result: a minority government. In such a situation, no one party gets a majority of the seats, and the combined opposition parties (there were three of them at the time) have more.

By tradition, the opposition parties in a minority Parliament can only defeat the government and trigger a possible change in government in certain, specific circumstances. Most commonly, when this happens, it’s an argument over money – the budget, annual expenditures, etc.

And that’s exactly what happened in this case. The two largest opposition parties decided they couldn’t support the government’s economic policies. They were preparing to ask Governor General Michaëlle Jean to withdraw her support for the government that had just recently been elected. Their hope was that she would then allow the combined opposition parties to try forming their own coalition government.

An enraged Prime Minister took to the airwaves and thundered that the opposition was trying to change the election outcome by stealth. “While we have been working on the economy, the opposition has been working on a backroom deal to overturn the results of the last election without seeking the consent of voters,” he said. “They want to take power, not earn it.”

The Governor General, as is both her prerogative and her duty, consulted the Prime Minister before making her decision. He persuaded her to end the Parliamentary session prematurely, rather than agreeing to the opposition parties’ request, thereby avoiding a vote that would almost certainly have seen his government embarrassed in defeat.

The drama introduced a large number of Canadians to a new word – prorogation. When Parliament prorogues, the legislative session simply ends. Any bills that have not come to a final vote “die on the order paper” (a delightfully medieval term). The government then begins a new session, which clears the legislative slate and lets it start fresh.

Governments of all political stripes have used the technique without controversy (mostly) across the country for generations.

In this particular case, many saw the Prime Minister’s move as brazenly political, although he was well within his legal rights to proceed as he’d done. Perhaps it’s also true that many others sided with the government and saw the opposition parties engaged in naked power grab.

Regardless, it sparked some fascinating debate and engaged people in the arcana of parliamentary democracy in a way that made my nerd heart happy. A poll conducted subsequently found that a substantial majority of Canadians wanted the rules clarified for the future. It’s hard to imagine that very many people had ever given these matters a moment’s thought previously.

There are some major differences between what happened in Canada almost a decade ago, and what happened on Capitol Hill this week. For one thing, Canada was never at risk of running out of money or furloughing its employees as a result of this situation.

On the other hand, the debate among US legislators – as rife as it may have been – never really threatened the long-term stability of the government itself.

Perhaps there’s something we can learn from one another.

Hawaii CIO Shares Strategy for People Side of IT Modernization