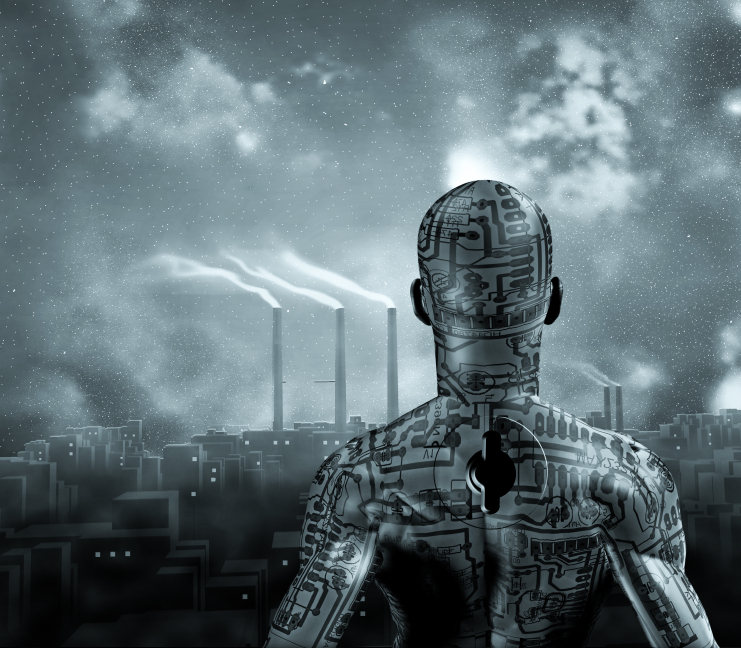 Have you ever wished for a crystal ball that would magically show you the future? What would you do with that knowledge? We can’t promise you a crystal ball, but Alec Ross, former Senior Advisor for Innovation to Secretary of State Hillary Clinton and current Fellow at Johns Hopkins University, is releasing his book, Industries of the Future. Through his book and experiences, Ross forecasts upcoming trends and innovations in government.

Ross sat down with Christopher Dorobek on the DorobekINSIDER program to discuss the main IT themes covered in his book and how government will continue to play an important role in the grand scheme of things.

So, what does the future look like for Ross? “I don’t take an utopian or dystopian view of the future. I think things will get a little better, but it’s going to be tricky.”

Dystopian or not, Ross shared that cyber is, and will remain, the biggest threat we face. “The weaponization of code is the most significant development in conflict since the weaponization of fissile materials. The difference is that creating malware is a lot easier than creating a nuclear weapon, which requires access to uranium elements and the scarcest of scarce scientific talent.” Which is why Ross believes the only way to defend ourselves, to the best of our ability, is to partner with private industry.

This concept of a private/public sector relationship isn’t new. We’ve done it before. Ross reminded us to think of the military industrial complexes coined by Dwight Eisenhower. Out of the Cold War, America was able to militarize and innovate new security defenses to respond to the current threat. America must now go forth and do the same with cybersecurity. “I think that there’s something of a cyber industrial complex developing now and I believe that there has to be a partnership between the private sector and government. This partnership will help build durable and secure networks for the future-absent our doing this, our vulnerabilities will grow,” Ross said.

Finally, the topic of robots and artificial intelligence should be top of mind for IT specialists. As an optimist, Ross sees the value and potential behind robotics and artificial intelligence. Robotics has shown real progress in helping employees focus more on the customer experience. However, Ross does warn of a new need for employees to obtain a different set of skills as “robotics, through machine learning, is increasingly going from things that are manual and repetitive to cognitive and non-repetitive.”

How can government use these insights to better accommodate the up and coming IT innovations? Government’s culture around procurement and risks are two major areas Ross hopes to see change in.

Bureaucracy lies at the heart of IT procurement issues. “Right now, I think we’ve got more of a problem with bureaucracy than we do with corruption. We need to tilt the scales back a bit towards flexibility and speed and away from 600 checks and balances.” IT procurement can be a long and tedious process, especially when the demand for a product or service is needed sooner rather than later. “It’s like running a race with a 40 pound backpack,” Ross underlined.

Which feeds appropriately into his sentiments about encouraging govies to be creative and take risks. “One thing that has to change inside government, in order for it to be an industry of the future, is we’ve got to take out some of the risk aversion.” Risks and mistakes should be seen as a part of the overall innovative process and therefore, should not be looked down upon.

IT will continue to dominate future innovations and government needs to adequately prepare itself for them. Be on the lookout for Ross’ book, Industries of the Future, if you wish to gain a deeper insight into what lies ahead.

How to Increase Your Female Applicant Pool