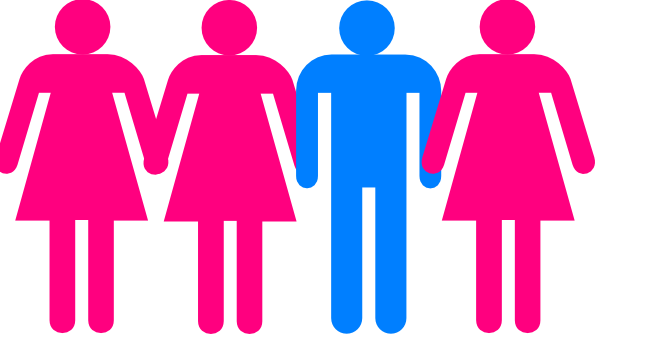 The percentage of female federal hires decreased from 43 percent in 2000 to 37 percent in 2012, according to a September 2014 report from the Merit Systems Protection Board (MSPB). Why?

MSPB says an increase in male applicants – not discrimination – may be the primary cause of a widening gap in gender representation. For one thing, veteran’s preferential hiring has increased the likelihood of positions being filled by men, given that around 80 percent of veteran applicants are male. Moreover, many new positions are in male-dominated fields such as information technology and law enforcement. Because the applicant pool is male-dominated, it is more likely that advertised positions will be filled by men even if the remainder of the application process is gender-neutral.

So how do we combat this trend and ensure women are represented in government positions? Well, you might recall in the second presidential debate of 2012 that Mitt Romney said he once asked for “binders full of women” when he was looking for applicants for Massachusetts government positions. While his point was not so eloquently stated, the former governor’s approach really isn’t such a bad idea.

He suggested increasing the number of female applicants. It’s a simple numbers game. If more women apply, more women will take positions. So how do you attract more women to your roles?

In a previous post, we talked about making job-descriptions more gender neutral. But that’s just one way to grow your pipeline of applicants. Here are a few other ways to entice women to apply to jobs at your agency:

Reconsider your hiring method.
Many people assume that government agencies, especially at the federal level, have a set hiring method that can’t be changed. While it’s true that the process is heavily regulated, there is flexibility in hiring procedures that can be used to attract more female applicants. For instance, the same MSPB report found that women were fare more likely to be hired for positions that used direct hiring authority, rather than competitive examining.

And when you do use direct hiring authority, or even presidential appointments, consider how you want to seek candidates. If your team is already heavily male, referrals may be a bad idea because employees tend to seek candidates similar to themselves for open positions.

Highlight women succeeding at your organization.
Just like men, women seek opportunities that provide room for advancement. Highlighting women who are already succeeding at your organization is one way to show that these opportunities exist for female personnel at your agency. [email protected] is a great example of this practice in action. By showcasing current female employees, the website also emphasizes that you won’t be alone. Other employees will share and support your experiences as a woman at the agency.

Create internal programs for women.
Another way to show that women will be supported in your agency is through the creation of internal cohorts dedicated to them and their issues. The promotion of these groups shows potential applicants that your agency is willing to invest in their female employees. Additionally, these programs create an internal network of women who can be alerted to new available positions and asked to promote them in their own professional circles.

Advertise in a variety of forums.
If you aren’t getting many female applicants via traditional channels, expand your advertisement of available positions to settings beyond usajobs.gov or your local government’s job board. There are a few websites, such as girl Girl Geek Dinners, that have large female audiences and will advertise your posting for free. Others, like WomensJobList, require a fee but may reach a larger group of women. Additionally, mailings lists like LinuxChik and Systers can push your posting out to a sector-specific group of women.

Partner with women’s organizations.
Rather than specifically campaigning for female applicants, you may want to start by raising your profile as an advocate for women’s issues, professional or otherwise. Partnering with women’s organizations can help craft this image while simultaneously building a network of women outside of your agency.This is an especially great tactic to get women interested in your organization before you have a specific job open for applications. And as an added bonus, many of these partnerships can be leveraged to achieve other agency goals, such as raising awareness of your issues.

Do you have any other suggestions for attracting more women to the government workforce? Let us know in the comments below!

This article was originally posted in January 2015.

Nice post, Hannah. The organization Federally Employed Women (FEW) is also an excellent resource, just in case you’re not familiar with them. Also, the agency in which I work is only run by women (FYI) — five female commissioners, albeit of different races, national origin and sexual orientation. That’s diversity within diversity!

I think it is important to be able to distinguish “blips” in gender imbalance, resulting from transitory influences that will dissipate, from clear linear trends. It is fairly clear that there is a trend toward increasing feminization in the federal and general workforce, and that there isn’t a whole lot standing in its way. And while it would be nice to go to sleep at night, knowing that hires and promotions truly reflected workforce availability, every single step of the way, one needs to remember that a) hires *into* the public service are only a small proportion of all staffing in the PS, and b) a blip is a blip, and not necessarily reflective of a long-term reversal in gender-balance in hiring. Finally, it is always important to keep in mind the nature of the positions being filled. We’ve come a long way, but there are still many kinds of jobs that are strongly genderized and appeal much more to one sex than the other. The relative proportions of male and female hires in any given period will tend to reflect the kinds of positions where the greatest number of openings are to be found during that period.

As for Governor Romney, it was my understanding that the “binders” was a consequence of him being approached by women’s lobby groups to introduce more women into senior positions in the Massachusetts state bureaucracy. In response to his mentioning that there seemed to be a dearth of suitable candidates for such positions, the lobby groups presented him with the “binders” in question, to illustrate, by a surfeit of resumés, that there *was*, indeed, no shortage of very capable women to appoint to those posts.

[…] resources for women in government. That’s the purpose of GovFem. Our former posts, including one on increasing female applicants to government jobs and one on confronting sexism at work, can all be […]

Analytics is the weapon, but who will man the cyber gates?

Industries of the Future?