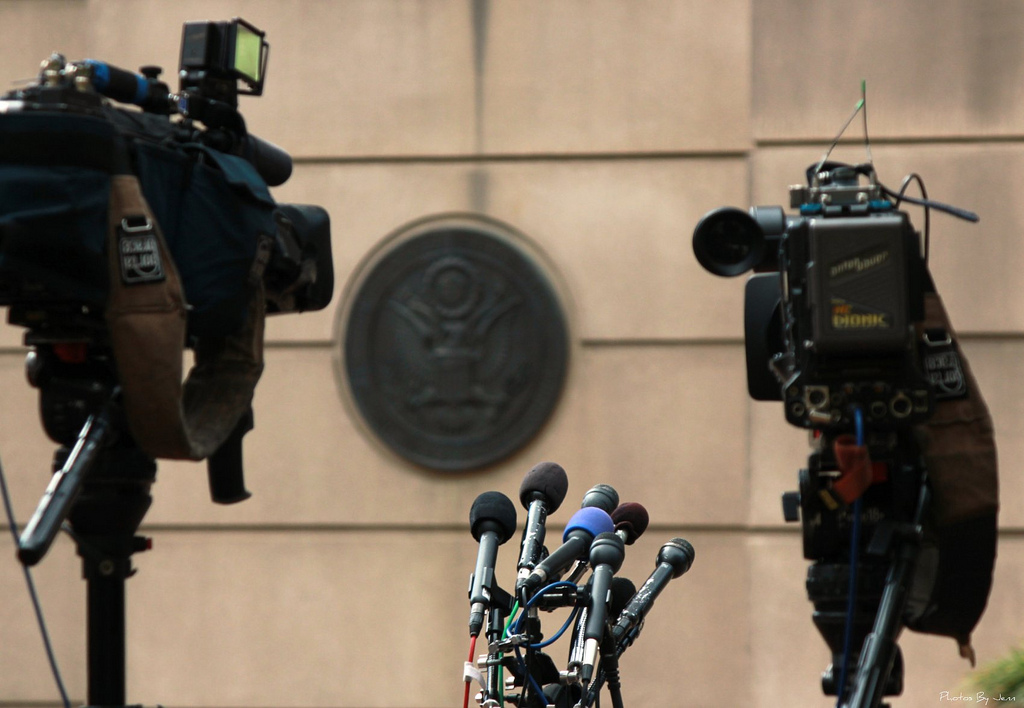 We need action. With everyone buzzing about Hillary Clinton’s candidacy for President in 2016, it’s a time to be reflective of how far women have come in government. It’s also a time, however, to brace for the onslaught that is to come, not from other presidential candidates, but from the media.

Recall the 2008 presidential race. While the spectrum of candidates was unprecedented, it also revealed society’s problematic attitudes towards women. There was a barrage of sexist comments directed at both Palin and Clinton. The words ugly, hot, weak, soft, and strict (just to name a few) were thrown about freely to describe the two candidates. SNL even did a timeless skit on the whole thing.

What’s problematic is that such adjectives are rarely hurled at men in the public spotlight. Female public servants are still held to different standards than their male counterparts. According to a recent report by Political Parity, “Female candidates experience greater scrutiny of their qualifications and appearances, impacting both media coverage and recruitment by political parties and other networks.”

So what can we do about it?
When a woman’s integrity, credibility, family values, physical appearance, and age can be used against her, it’s no wonder we have a deficit of women’s leadership in government. So what can we do to address this deficit?

These tips come from women in government who had to endure harsh portrayals from the media, but they still came out stronger. Their experiences offer some helpful insights for other women and future leaders trying to navigate public service and the media:

Recognize sexism when it occurs: During an interview with Townterview, Hillary Clinton (as Secretary of State) was asked what designers she preferred. She quickly retorted: “Would you ever ask a man that question?” This immediately silenced the moderator.

Don’t feel obligated to answer questions that make you uncomfortable, especially when the press turns the conversation to stereotypes about your gender. Questions like: “How are you going to manage this with motherhood?” or “What do you do to keep in shape?” are overplayed double standards against women. It’s the 21st century, it’s unacceptable, and you don’t have to put up with it. The media can get a lot of heat nowadays for posing such questions, if you recognize it and address it. Sometimes, a witty response can be a great defense mechanism that provides a good laugh while pointing out the absurdity of gender stereotypes.

Explain the double standards: It’s frustrating that women have to deal with it, but sometimes it helps just to take the time and call out double standards. You’ll be more respected for standing up for yourself in the long run.

When Nancy Pelosi was constantly questioned about her age and leadership in the House, she openly criticized the double standards for women in power. She said: “What was the day that any of you said to Mitch McConnell, when they lost the Senate three times in a row… Aren’t you getting a little old, Mitch? Shouldn’t you step aside? Have you ever asked him that question?” Pelosi received support from the public for standing up for herself as well as other women.

Confronting double standards shows you’re not messing around. It helps to establish your credibility not only as a strong leader, but also as a path forger for other women.

Get men in on the conversation: Guys, we need you in on this. Men can stand against discrimination, and they should! (Why? We talk about it in this previous post.)

Don’t be afraid to call it out when you see sexism or double standards in the media. When you say something, other men are more likely to listen to you. Remember, we’d all like to be taken seriously, especially working in government. One great way to start thinking about these issues is joining the HeforShe Campaign. There are a lot of great tips to better yourselves as allies for women. Practice empathy for your fellow females trying to serve the public. Read up, do your research, and don’t be afraid to ask questions. Imagine yourself in her shoes.

Encourage women to tell women’s stories: Women are already underrepresented in news media as it is, but encouraging women behind the cameras as well as women in the public spotlight can shed truth to women’s stories. Filling the news cycles with real and positive images can help to combat the negative news and double standards that we see too often.

Megan Kamerick, former president of the Journalism & Women Symposium, advises women to analyze news reports and speak up when there are gaps in representation. Sharing your experiences makes you appealing on a human level and shows how strong you are to have been through what nobody else has. You have a unique story, and sharing it can only help to empower you.

It can be discouraging for women to become public servants when considering media backlash. It’s a lot for us to take on, and it is a tough battlefield for women putting themselves in the public spotlight. But together, we can recreate the news cycles, tell our stories, and get more women to excel in government.

As a woman I agree on some points of this article. But let’s be careful that we don’t develop a victim mentality. Not everyone asking those questions is meaning to be offensive, they just don’t know any better because of their own mindset, so let’s be aware of that. To those that are meaning to be degrading, let’s learn how to gracefully and intelligently answer those questions and move on, not dwell on it. We don’t have to act like men to gain respect.

How to Follow Your Dreams and Advance in Your Career