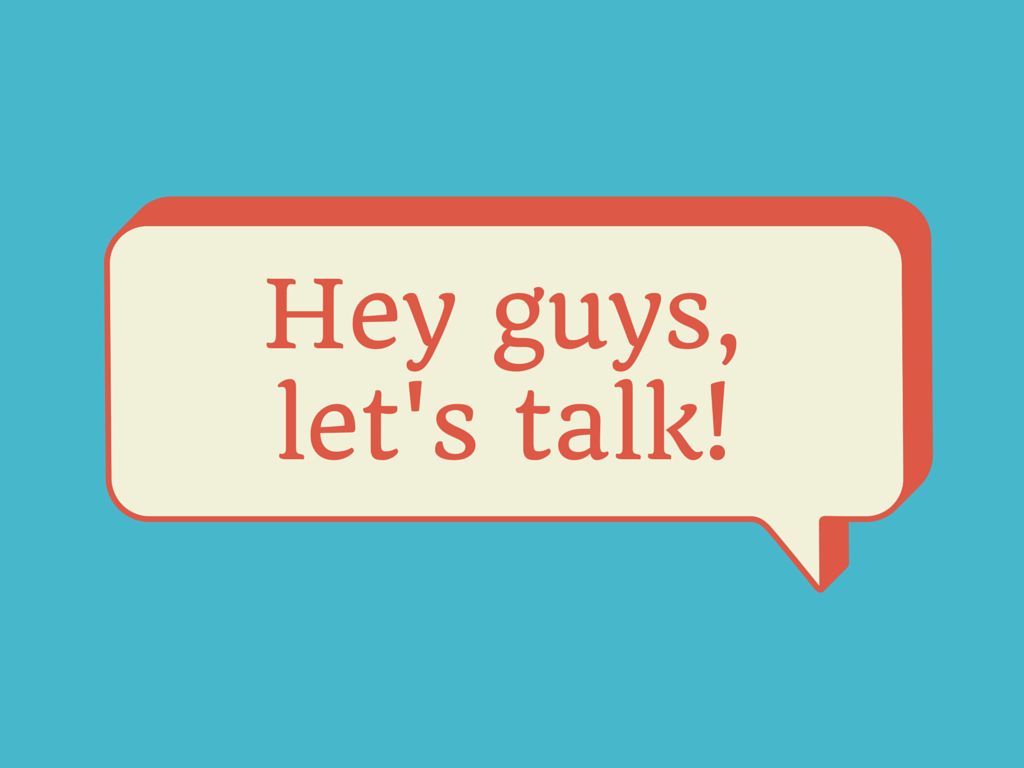 We talk about the need to include more female voices in government all the time. Obviously, we think it’s important. That’s the point of GovFem, after all.

What we don’t talk about as often is what role men have in the dialogue of women’s advancement.

Granted, there are a few campaigns out there that recognize the need for both genders to collaborate on women’s issues. HeForShe is a great example of one campaign that recently gained a lot of attention from the media and international organizations. Nevertheless, invitations for men to get involved are few and far between.

This week, I want to talk about why it’s important to include men in discussions about women’s rights and issues. Then next week, I’ll explore how to encourage men to engage in dialogue about it.

Frequent encounters normalize interaction
I’ll start with the most basic reason. We can’t expect men to get used to treating women as equals, and partners in dialogue, if we don’t give them the opportunity to do so. This interaction is even more important when it comes to discussions about women’s issues, because those are likely topics that men will feel less comfortable pursuing on their own.

The ‘different voices’ argument goes both ways
One of the most common arguments I hear for including women in government is that they provide a new perspective. Well, duh, that’s a no brainer! Women have different experiences than men and those experiences shape an alternative perspective on many issues.

Now, you might be shaking your head, saying something like, “But men have no idea about women’s issues!” That brings me to my next point…

Experience is a valuable resource
Like it or not, men have been in power for a lot longer than women. As a result, there are many men who have already climbed the government career ladder and know what works to get to the top. Admittedly, these successful men faced different challenges than a woman would, but that shouldn’t stop you from seeking their input.

Think of it this way: Are you telling me that House Speaker Boehner, for all of his errant comments on abortion and domestic responsibility, doesn’t have some good advice to give about making it in government? Of course not! He climbed that government ladder like John Snow scaled the Wall to the Seven Kingdoms.

Just because someone isn’t well versed in traditional “women’s issues” doesn’t mean they don’t offer a unique perspective that can help women. Successful people (yes, including men) should be a primary resource for others wishing to mimic their success. This is especially true for women trying to break into the infamous “Old Boys’ Club” of government. Who better to ask about getting into that club than an “old boy”?

Inclusion fosters a more positive atmosphere
Moreover, those old boys are far more likely to want you in their club if you include them in your journey. I’m not saying you need to ask permission. I’m just saying that you’re likely to have an easier time—both on your way and when you get there—if you include your male colleagues as much as you do your female colleagues.

Why? For one, open communication reduces misperceptions. Dialogue gives you an opportunity to clarify your goals. It also allows your male peers to ask questions, rather than assuming, for instance, that you want their job or better treatment than them.

Secondly, how a person’s participation is framed will strongly affect the way he views a situation and his influence. If a person feels they are part of the problem, they’re likely to be defensive or even block advancement. If a person feels like they are part of the solution, they are far more likely to be collaborative and support project outcomes. In relation to women’s advancement in government, the same holds true. By framing men as collaborators in the project to advance women’s rights and opportunities, they are more likely to truly collaborate for change.

I could go on for days about the many reasons male inclusion in women’s issues is important, especially in the government sector. But I’ll let you take it from here. If you have more thoughts, please leave them in the comments below.

This article was originally posted in February 2015.

Great post. It is important to avoid hypocrisy when taking a stance for a controversial issue. Also, I couldn’t agree more with your point that we must promote what we want, instead of emphasizing what is wrong. This philosophy holds true across the board – the more we focus on the problem, the less energy we have to create solutions. Thanks for sharing your inclusive views.

Thanks for the positive feedback, Linda! It’s always nice to hear support for GovFem and what we cover!

[…] Last week, we discussed the importance of including men in conversations about women’s advancement in government. But let’s face it. That’s easier said than done. […]

Hannah, kudos!! This has been a long-running topic for me both in my workshops and websites (esp. http://www.MenExpressThemselves.com and http://www.DontOverlookTheObvious.com) – The reality is that when either gender decides that theirs is ‘the chosen/best one’. Or that the other embodies ‘evil’… Then all is lost. There are good and bad in each group. And randomly choose any 5 women and 5 men and you are apt to find as many similarities as you find differences in key areas. — Again, kudos!

[…] Get men in on the conversation: Guys, we need you in on this. Men can stand against discrimination, and they should! (Why? We talk about it in this previous post.) […]

How Data Can Make A Difference