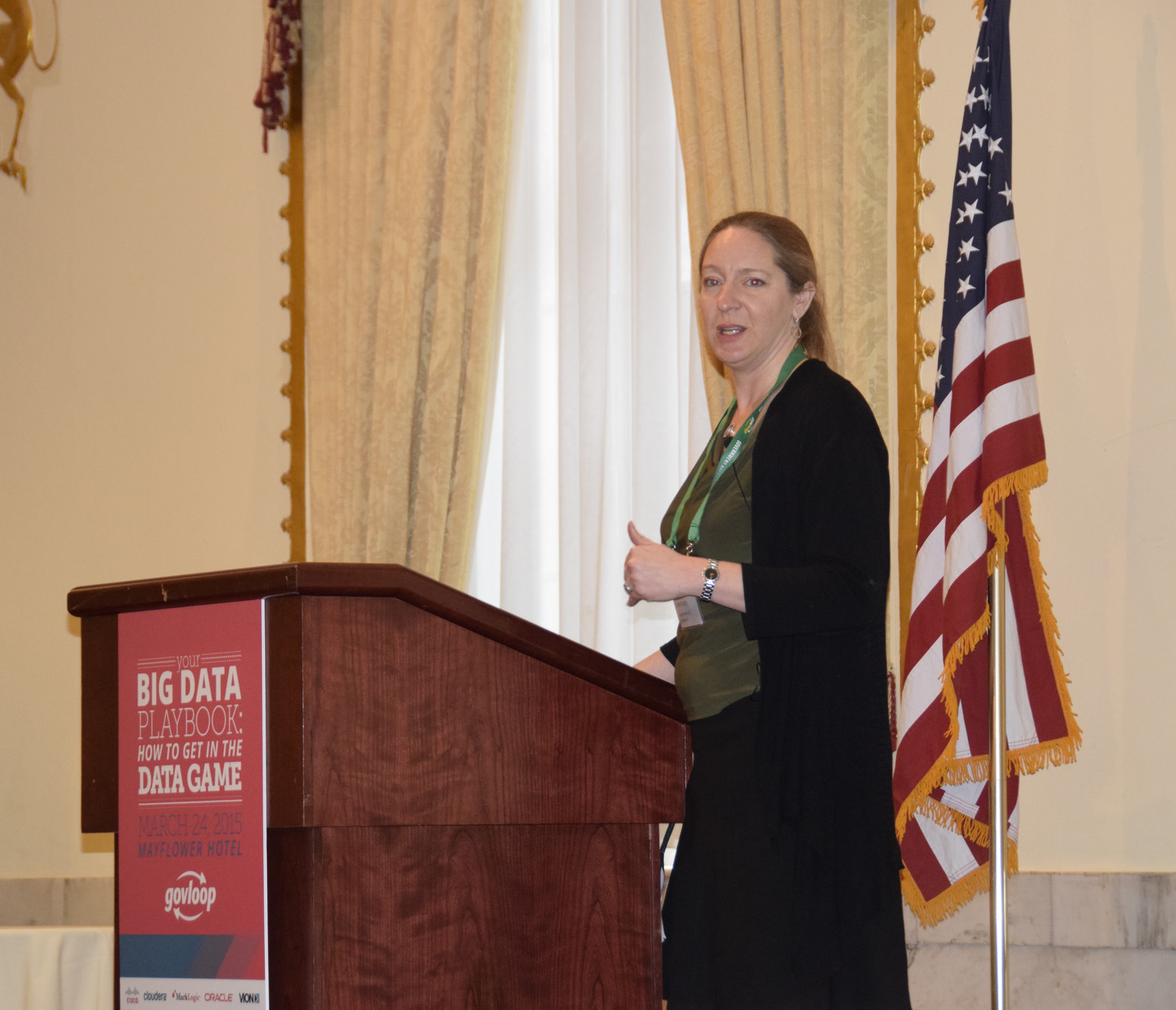 Today, there is an unprecedented amount of data being generated from countless sources. Some areas of government are producing one petabyte of data per day. Yes, daily. The ability to store massive amounts of data relatively cheaply permits organizations to ingest this information and extract value and insight previously unimaginable. But before your agency starts thinking about all the potential benefits – as well as the risks and barriers – of big data, what problem are you trying to solve?

At GovLoop’s event, Your Big Data Playbook: How to Get in the Data Game, we heard from Lynn Overmann, Deputy Chief Data Office, Office of the Secretary, U.S Department of Commerce, to learn about how your agency should go about planning and implementing big data projects.

Acknowledging the government’s rich history as a big data originator, Overmann noted the importance of data to agencies and their missions. The depth and breadth of data from the National Oceanic and Atmospheric Administration, the Census Bureau, the Patent Trade Office, and the Bureau of Economic Analysis – just to name a few – touches millions of Americans, gaining insight into business, housing, income, poverty, and more.

Regarding Commerce, Overmann said the agency brings two primary things to the table regarding big data: breadth and credibility of data. Commerce, as well as other government agencies, has the obligation to collect information on every community, including demographics that lack market incentives. Commerce data is also reliable and is used to improve the lives and opportunities of American citizens, she said.

But, what is gov’s role in this massive data ecosystem? What are the goals government is looking to achieve? With so many issues and rich data sets, problem selection is one of the most important things you can do as an agency, Overmann said. Below are her suggestions to launch your a big data plan.

Start collaborating and brainstorming with as many people as possible, Overmann advised. Involving a wide array of stakeholders in the beginning of the process will go far in ensuring buy-in. This doesn’t include just data experts or SMEs, but also people who would likely be resistant. The earlier you convert or at least soften your resistance, the better. Overmann also suggested involving privacy experts early on, seeing that concerns regarding the safekeeping of sensitive data are paramount.

Think About Your Data

What data do you need to solve your targeted problem? Overmann explained that your agency will most likely not have all of the necessary data and may need to branch out. With siloes of data, the information may sit across multiple agencies. It’s also important to note that the technology used in this plan is a tool, not the solution, itself.

Have a Product Manager

It may be useful to think of your agency’s big data project like a product, with someone taking ownership of it. Commerce is trying to think of the American public as consumers, who require engagement and must have their needs met in a convenient and efficient manner.

The pace of data innovation is accelerating and we’re in the middle of it, Overmann said. Data is an incredibly valuable asset and there’s so many ways it can be used as a force for good by government agencies. But at the same time, don’t be afraid to make mistakes as your agency delves into new territory – that’s how you learn. To emphasize this point, Overmann cited a quote from Winston Churchill:

“Success consists of going from failure to failure without loss of enthusiasm.”

For further substance and clarity, Overmann provided some examples of how the Dept. of Commerce is using big data to solve problems.

The Center for Medicare and Medicaid Services (CMS) experiences fraud that ranges into the billions of dollars. This is a significant and costly problem. To combat this, Commerce is now collecting and analyzing billing data in real-time, Overmann explained. By using past patterns, they can use predictive analytics to understand what they should be looking for. For example, hospital readmission is a big red flag and a common sign of abuse, Overmann said. Addressing and flagging the relevant data has saved millions of dollars.

Putting a Stop To Human Trafficking

Unfortunately, human traffickers are getting quite good at exploiting technology as a means for their illicit activities. To combat this in the past, law enforcement agents would search the web for relevant sites, find pictures of potentially abducted/abused victims, and copy and paste them in a spreadsheet to track. With big data and analytics capabilities, however, DARPA has created an entirely new search engine that scans the “deep dark web” to generate links of potential traffickers, Overmann said. This has greatly increased efficiency and effectiveness, leading to a higher number of indictments.

See more coverage of our big data event at this link.

With the Right Tools, Could You Be a Data Scientist?