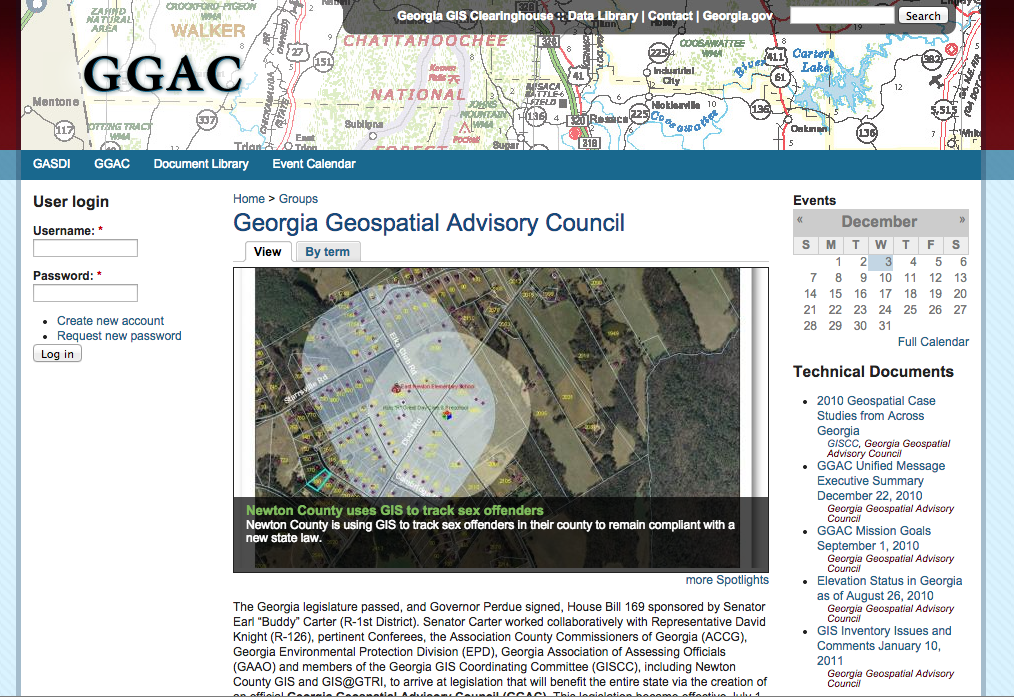 Georgia has 159 counties. The Peach State is also home to 536 cities. While the diversity of communities creates a lot of advantages, it also can create massive headaches for the state. Why? Each of the different communities classifies and categorizes data differently.

The need for uniform and standardized data is especially important in the world of geospatial information systems (GIS). So the state decided to tackle the problem head on by creating the Geospatial Information Office (GIO) to help normalize data sets and set statewide standards.

Key and Lanford joined me for GovLoop’s State and Local Spotlight interview to talk about how they set up the GIO and what they hope to achieve in their first year. 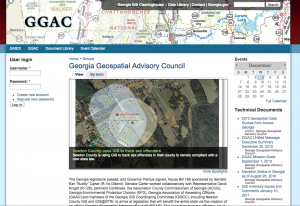 In September 2014, Georgia formally launched the Geospatial Information Office. The overall vision of the GIO in Georgia is to serve as a centralized platform to promote, coordinate and leverage GIS data and solutions statewide.

“We saw a need to consolidate and build a cooperative effort around GIS services,” said Key. “Our hope is for both increased cooperation and to limit the redundant services of data acquisitions.”

“Each one of Georgia’s counties and their respective municipalities has GIS data,” noted Lanford. “We envision the GIO as serving as this coordinating office. The GIO will also work to standardize data so that the state and the citizens of Georgia can use the data effectively.”

The mapping agency launched this year with the help of the Georgia Association of Regional Commissions (GARC) and a grant from the U.S. Economic Development Administration (EDA).

Lanford expects the GIO to maintain strong ties to the GARC in both collaborative and oversight roles. “The GARC is as a conduit between local communities, local governments and state agencies. They will lead a service delivery network called the Georgia RC Geospatial Network. This network is the framework behind the GIO office. The EDA grant also stipulates that the GARC serve in another role – as the Geospatial Executive Council. The idea is for the council to give oversight direction and guidance to the GIO.”

While the GIO hopes to standardize and consolidate data statewide, the office also wants to have a national impact. “In the past federal agencies like the USGS and FEMA expressed a need for statewide datasets to help them in their missions. In order to get the data they need a point of contact. That point of contact will now be the GIO,” said Key. “Before they had to track down data from different communities. It was a lengthy process. Now the GIO can be that point of contact.”

Key is confident that GIO will have a very successful first year because of the rich GIS professional community in Georgia. “We have ambitious goals. The first is to hire a person to be the chief GIO. Second, is to find a location. Third is to start pursuing data acquisitions – collecting data from the various counties and jurisdictions to then process and normalize or standardize.”

And the goals don’t stop with year one. “The second year and beyond is really looking to be an anchor in return value to not just local government, but state agencies, too,” said Key.

Despite this progress, for governments GIS mapping has been a challenge. Different jurisdictions have different strengths. Some counties have rich mapped assets, and other counties may just do tax parcels. The challenge in making GIS matter in government services is bringing those groups together.

‘I like to use the analogy – if we have all these gas locations and one area is not mapped, drivers are going to go to the store where the gas prices are listed,” said Key. “The owner of that gas station in the unmapped area is going to lose business.”

The same thing can be said of local government. “If there’s area with rich data and other areas that have minimal data, those areas with rich data will see local site selection for economic development. Cities don’t want to be left out of the broad picture of analysis, site selection and disaster response,” said Key.

How Can You Combat Insider Threats?

Teeter-Tottering Between Mobile Security and Innovation