This Q&A is part of GovLoop’s “CIO Conversations” series. Twice a month, we’ll feature conversational interviews with current and former federal, state and local chief information officers to get to know the people behind the titles. You’ll learn about the perks and challenges of their job, how they ended up in their current position, what’s top of mind for them, how they’ve rebounded from setbacks and more.

Massachusetts’ state government created a new role in 2018. The secretariat of technology, security and service is a position focused on issues agencies at all levels are addressing nationwide: customer experience (CX), data analytics, IT modernization and workforce reform.

GovLoop spoke with Kim Rice, Massachusetts’ CIO for the Executive Office of Education, about the new job and her state’s changing IT landscape. Chatting with us during a National Association of State Chief Information Officers (NASCIO) conference in October 2018, Rice detailed what’s on the horizon for Massachusetts and its agencies.

Rice said that the Massachusetts state government is making great strides to improve its CX in 2019. She added that cloud adoption, cybersecurity, data analytics and workforce reform are also future concerns in the Bay State. 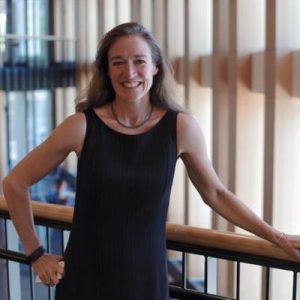 Kim Rice, Massachusetts’ CIO for the Executive Office of Education.

GOVLOOP: What does working as Massachusetts’ CIO for the Executive Office of Education entail?

RICE: It changes daily. In Massachusetts, the secretary level is a little bit of a consolidated agency approach to IT. This year, we also created a new secretariat for technology, security and service.

Much of what we’ve been doing over the last year, then, is trying to define how best to provide support so that our agencies can better serve their overall constituencies on a day to day basis. That’s from application development to help desk, desktop support, network and security services. It’s anything that touches the IT world.

GOVLOOP: What are some of your big priorities for 2019?

RICE: We’ve been doing lots of cloud exploration. That’s predominantly driven by security. We’ve done lots of assessments, pen tests and red teams to try looking at how our legacy systems are holding up. And some, let’s just say they’re on a spectrum.

We also have lots of agency folks that are getting savvier with data, so we’re trying to free that data from some homegrown legacy systems. It’s wanting to get access to more data, make sure we’re more secure, and then generally trying to look at ourselves in terms of where our systems are already meeting best practices. It’s where we can be getting out of the software development business and more into a systems integrator approach. Those are the three pillars that we’re moving towards in 2019.

GOVLOOP: When you talk about finding and storing data, are you then using it for analytics to help drive decision making? Or are you still collecting, refining and better organizing that data?

RICE: Traditionally, we’ve been on the data steward side. We’ve been relatively agnostic, leaving the psychometrics and research to the agency-level folks. Recently, we’ve been trying to do some analytic work at the secretary level given that we – from an agency perspective – go from birth to career. Because of that, there are many opportunities to look at data across agencies. We’ve been doing lots of work across Massachusetts with various secretariats to see if there are ways in which we can make data sharing a quicker process. There has been lots of work on that as well.

GOVLOOP: What does your IT workforce look like, and how are you hoping to develop them?

RICE: Our workforce is predominantly a blended mixture between full-time employees and contractors. We’ve also got lots of vendor partners. As we think about what it needs to look like in the future, we’re changing some of our focus to try to be a little bit better aligned with the agencies.

We had built kind of an agile, product-owner focus. When that translates into agency work, some of the boundaries don’t quite mesh with the overall thinking about downstream implications of data. We’re looking to change that up.

Some of our challenges have been that our salary structures aren’t quite as competitive in these technical fields as we’d like them to be. Because of this, bringing on short-term contractors has been a way that we’ve been able to augment our staff. We’ve had much success with online training and certifications, and people have enjoyed participating. Especially when we talk about cloud, we’ve been able to give them some targeted experiences and opportunities to learn more about their trade.

GOVLOOP: Do you have any pilot programs you’d like to highlight or any ideas that you think are innovative or leading edge?

RICE: There might be one in the open data space. We’re trying to make it as easy as possible for our agency partners to be able to identify trends over time. Because of this, decoupling the concept of data visualization and allowing them to utilize mobile while we’re focused on the backend, non-sexy stuff is probably the closest we’ve gotten.

We’re doing lots of housekeeping, so I wouldn’t say that we’re out there on the bleeding edge. That’s where our focus is.

GOVLOOP: Is there anything else helps fill in the blanks on what you’re working on in Massachusetts?

RICE: With the inception of the new secretariat for technology, security and services, we’re in an interesting position of self-reflection. We’re trying to determine how we should be organized best to ultimately service our constituency.

We’re trying to be way more constituent-focused. That’s challenging when your frontline is technically the agencies. I think that that will continue to be some challenging work over the course of 2019, but I think it has strongly positioned us.

Great interview Emily! This gives valuable insights into the gears turning behind a thriving IT office.

More Than a Numbers Game: 6 Steps to Managing Difficult Data

Building Resiliency During the Shutdown