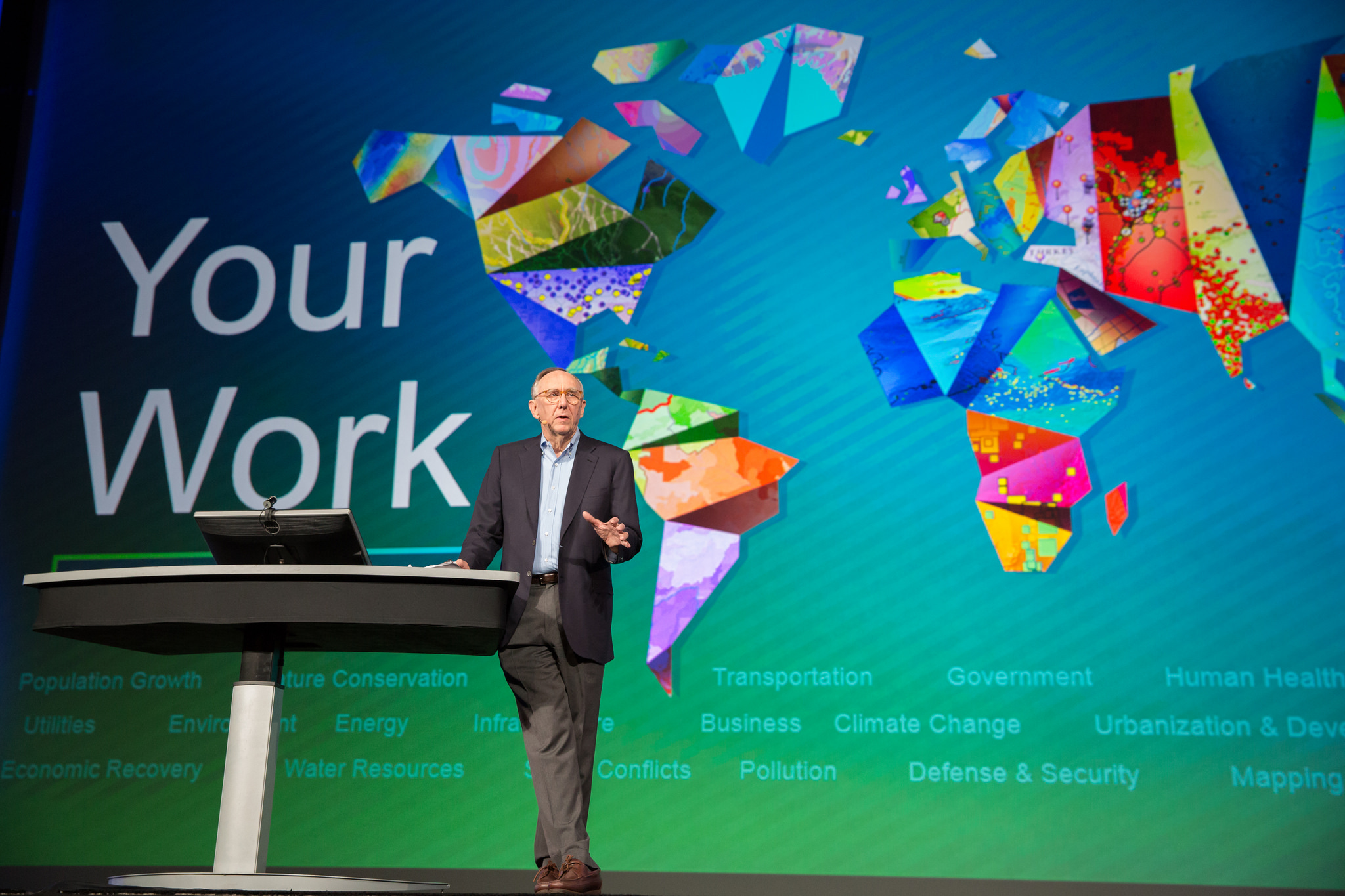 Please join GovLoop and Esri for our DC Meet Up Thursday, September 18th from 6:00 PM – 9:00 PM at 1776 (1133 15th St, NW, Washington, DC 20004). We’ll be discussing 3D technology and GIS. You’ll also have the unique opportunity for a Q&A with Jack Dangermond, Esri Founder and President. Spaces are filling up quickly, so I’d encourage you all to register today.

I thought today I’d share a bit more on Jack, and his remarkable story. We can start in 1969, when Jack founded Esri alongside his wife, Laura. Jack and Laura built Esri on the basis of helping land and resource managers make better decisions from geographic data. Today, Esri’s mission has expanded beyond just land use. But ultimately, it has remained fairly consistent, based on connecting location data to decision makers for improved public sector outcomes.

And we get to see that work come into fruition everyday. Whether if it’s understanding how to disburse vaccines, track Ebola cases, explore how to raise people out of poverty, or to protect our environment, Esri’s software solutions provide the tools, and now the platform, to transform our world. I’d suspect that this is all the same idea that Jack and Laura started in 1969. What’s changed today is that with emerging technology like cloud and mobile, GIS applications have expanded in both scale and scope, across all sectors. We often forget how our world is defined by geography, and GIS serves as the connection between the natural and manufactured world we live in.

Under Jack’s leadership, Esri has grown to become the world leader in GIS technology, and currently supports over 350,000 organizations. Esri employs over 9,000 people worldwide, with revenues over $900 million. Dangermond has also received numerous awards for his contributions to the GIS community, some of which include:

I’ve had the chance to meet Jack and interview him a handful of times here at GovLoop. In one of the funniest moments of my career, we wrapped up an interview with Jack saying, “You’ve summed up GIS better than I could.” I still laugh at the absurdity of that comment.

But the comment hits home about one Jack’s strongest traits – his commitment to his craft, and empowering the GIS community. Anyone who has spent anytime in the GIS world has heard the stories – how he took an hour to chat about their business at a conference, invited them over to his home or made a connection that changed the course of their career. Or chatted about his vast network and friendships, like the one with W.i.ll.i.a.m., and the remarkable collaborations they have done.

And for me, that’s what stands out about Jack Dangermond – the commitment to the public good. Strip away the remarkable business acumen; Esri’s success would have never been done without his unrivaled passion for building a GIS culture. Today, there is a movement rooted in empowering people to use location data to transform their communities. That all started with Jack. To me, Esri’s success is a story of passion driving business, and a deep commitment to serving client and public needs. Esri is grounded in the private-for-good model, and their actions speak for themselves. Just look at how recently Jack pledged $1 billion to bring mapping software to K-12 schools.

So I hope you can join GovLoop next week at our event and get to spend some time with Jack. Space will fill up quick, so be sure to register today.

More on Jack and Esri:

[…] GovLoop’s recent Esri meetup, we had the privilege of listening to Jack Dangermond, Esri founder, give a presentation and conduct a question and answer session. Dangermond shared his […]

How to Address Cross-Border Internet Conflicts