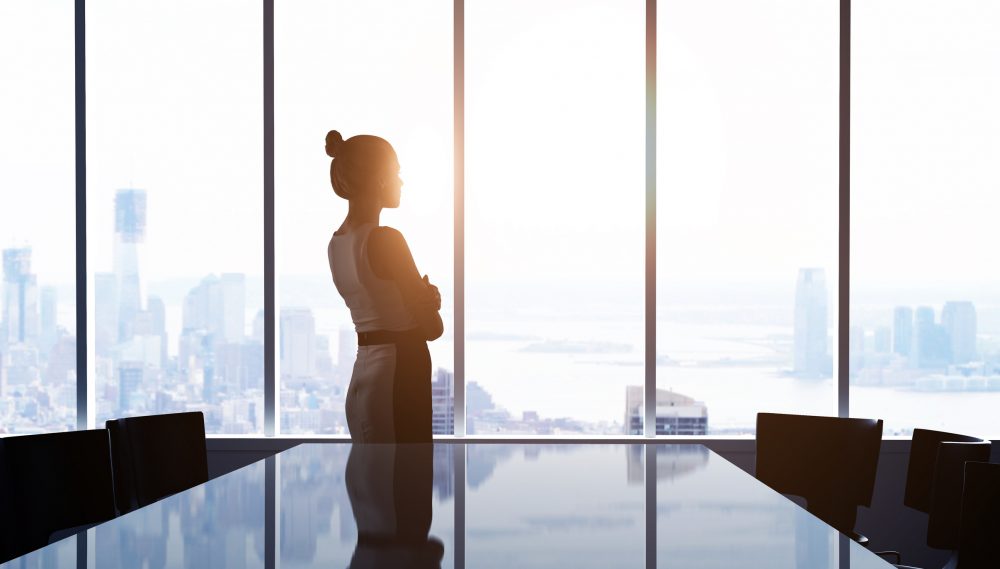 Even though women in the workforce have come a long way, there are still many persistent instances of inequality. From the pay gap, to representation in certain fields, being a strong working woman is still not exactly easy. However, while forming viable solutions to these problems will take time, there is one way in which working women can really come together: by quite literally coming together.

That seems obvious, but unfortunately that tried and true advice isn’t always followed. Recent studies have shown that, while women workplace bullies are far less common than male ones, 68 percent of female perpetrators target other females at work. This is in direct contrast with male bullies who, while they significantly outnumber their female counterparts, also direct their torment more equally across the sexes. Having bullies in the adult workplace can seem like an odd notion, but subversive means of excluding and demoralizing others is actually a form of bullying—its not always physical.

What’s the deal with that? The problem is that female on female bullying is sometimes so subconscious that women may not even realize they’re doing it while they’re doing. Because there doesn’t seem to be much room at the top for all of us. Out of the 500 companies on this year’s Fortune 500 list, only 21 had women in charge. That’s less than 5% representation. Because of the seemingly limited amount of space for women in leadership positions, it can create the impression that we’re all vying for the same few spots at the top. When a woman senses that another woman in her workspace is highly competent, it can seem to be a threat. This can then lead to more subtle bullying tactics such as leaving out another coworker, starting rumors, and other non-physical acts of aggression.

Having a more inclusive mindset towards other female coworkers is crucial to bridging that gap between acknowledging and enacting female empowerment. However, because of the lack of female representation in so much of the U.S., the office can seem to be a competitive setting for women. Wanting to be the best female in your office is a natural desire. But in order for all of womankind to fully band together, and create a much more female-friendly landscape and an even bigger pool of strong, smart, hardworking women in the office, women must first come to terms with the fact that they may, however subconsciously, be a perpetrator of office bullying.

So, how can you tell if you’re treating another female coworker unfairly? Well, it’s not exactly easy to pinpoint micro aggressions, but it’s important to try, and GovFem is here to help.

You gossip about one particular coworker. Office gossip is inevitable. Really, gossip is inevitable in just about every environment there is. And while it’s okay to occasionally let a little steam out by saying a few things about a coworker, there is a fine line.

If you steadily find yourself harping on one particular female coworker, especially behind her back, it may be time to evaluate your motives. Trying to make yourself look better by making others look worse is a smart war tactic, definitely. But in the fight for female equality, the war isn’t between women–so don’t try and make it that way.

You purposefully don’t include the new girl. If a bright new employee joins your team, it can be disconcerting to really let her in. She may be a threat to that promotion you’ve been gunning for, or she might have gotten hired to eventually replace you. It’s not your fault that there’s seemingly such a limited space for women in the workforce. However, deploying mean girl tactics like leaving someone out won’t fix the problem.

Remember how nerve wracking it was for you to start a new job, and try to include her. Burning bridges and excluding others won’t improve your own career. On the contrary, including her will lead to a stronger team overall, and be a great way for you to showcase your leadership skills. Even if it’s not a brand new coworker, if there’s a woman who you’re ardently avoiding, you may be a workplace bully.

You’re starting to get an attitude. It might not seem possible for an employee to actually bully their boss, but it’s actually an all all-too real occurrence. In fact, a Syracuse University study discovered that female workers are more critical of a female boss who fails to exhibit signs of affinity or sympathy, while also disrespecting a female boss who come across as too self-assured or pushy.

If you find yourself having or, worse, showing a lack of respect for your female leader, try and picture a male boss having the exact same attributes. Sometimes, our competitive nature can get the best of us and we want to drag down other women who are more senior than us. But doing so also drags us as women back fifteen years. So resist that urge. Check your attitude, and make sure you’re respecting female bosses–they’ve earned that position, and if you work hard, you could get there too.

Being a working woman is daunting – we face a lot more challenges than our male counterparts. The fact that The Fortune 500 only featured 21 women at the top of those 500 companies, a mere 4.2% representation, is baffling. Its scary, and it can seem like passive aggressively fighting our way to the top is the only way to get to where we deserve to be. But if women were to work together to fight our sexist work culture, we can achieve much more equality over time.

Note: This article was originally published in October, 2016.

This is a great piece! Thank you.

Would like to share on facebook but I don’t have my cell phone at my work so. I cant see the code. provided on my cell phone. Weird that I need a code versus getting into my Facebook with MY own password.

I managed an employee in her 30s who bullied her co-workers in 2 ways. She did all the subtle things like not passing on important information to people she wished to exclude from the group and dropping hints about other people’s “problems” and “unsuitability.” She then actually said things like “If you talk to him/her, you can’t be my friend.” It amazed me that she was the center of attention of the other women until I realized that she was re-enacting a pattern they had been familiar with since they were on the playground in grade school. The Teenage Queen Bee was always the girl who would decide who was acceptable and who was not. By saying “no” to some she made the ones she said “yes” to feel special. Her hold over the others was so strong, when I called her on spreading malicious gossip and not passing information to the rest of her team, she turned her ostracizing tricks on me. For several months I was one unpopular boss with some folks after getting her out of my unit. It would have been much worse to let her stay, though, when she was willing to disrupt our ability to function productively in order to get back at me for counselling her.

luckily you could get her transferred out of your area ….I have no such power. : )

This describes my work life! Supervisor advises me to steer clear. Been going on for years but I need and like my job.

The workplace bully is a toxic person. They go to extremes to ruin your career and your reputation. They have too much power and it goes to their head. I have had 2 different women as bullies in my lifetime. The stress and anxiety that they cause is unbearable. They will turn other employees against their “newest victim”. I hope what goes around comes back around to them.

Bullies exist because the work environment and culture is conducive to their behavior, and in my observation, they’re essentially “clock-punchers” who spend more time and focus on other people to mask their own ineptness, incompetence and unethical behavior on the job. If and when observed very closely, they’re the LEAST productive people who has appearances of (false) authority and pushes their work on others at every opportunity- which is covert and under the radar- and likely to include themselves by being copied on every “high-level” email discussion and their names published in every report, but have no real tangible contribution. But yet, it looks like they do.

The Need for Centralized and Strategic Social Media