Agencies across state, local and federal governments have begun leveraging public-private partnerships to solve problems that they can’t efficiently solve on their own. Whether it’s an IT tool or a platform, the private sector has a lot to offer government to ensure they are effectively driving agency missions. 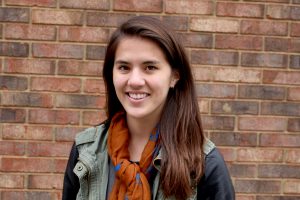 However, this partnership between sectors doesn’t happen on its own. Both public and private organizations need dedicated individuals who are ready to bring the best of their sector to the other one. While we often hear how this works from a govie perspective, we don’t often explore how this looks from the private sector—especially a millennial working on public-private partnership in the private sector.

One millennial working tirelessly to promote partnership between the two sectors is Caroline Smith. As the Co-Director of Marketing at SeeClickFix, she works to ensure that local governments are able to leverage the capabilities of SeeClickFix’s platform. Smith spoke with First 5 to explain how she fosters a culture of collaboration.

SeeClickFix is a mobile app that empowers citizens to report quality of life issues directly to their city government. The app also provides a backend CRM for the government to file, manage and track those reports. Smith’s role in the company is to tell the stories of governments that are leveraging the application. “I basically just tell stories all day,” she said. “I share the stories of brave and excited cities who are taking a chance on innovation and are invested in being responsive.”
Through her role Smith has been able to see the unique impact that public-private partnerships has had on citizens. For example, Smith explained that there was a busy intersection in New Haven that didn’t have a crosswalk. As a result, a number of accidents had occurred as pedestrians tried to cross the street. After a woman was struck at the cross walk, residents of New Haven began reporting the lack of a crosswalk through SeeClickFix and the government responded by installing sidewalk bumps, flashing lights, pedestrian signs and painting a crosswalk. 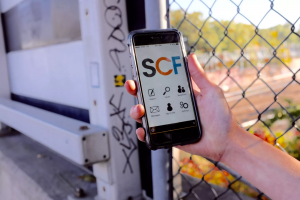 Despite the value that she derives from helping to empower government employees and citizens, Smith admitted that fostering good partnerships does not come without challenges. She offered three things to keep in mind as millennial employees work across sectors:

Ultimately, public-private partnerships are just that—a partnership. Smith emphasized that the private sector has to work with the public sector, not for them. Smith concluded, “It’s really important to have the mindset of working not for governments but with them. It’s healthiest for the citizens and yourself and it’s the only way the project will be successful.”