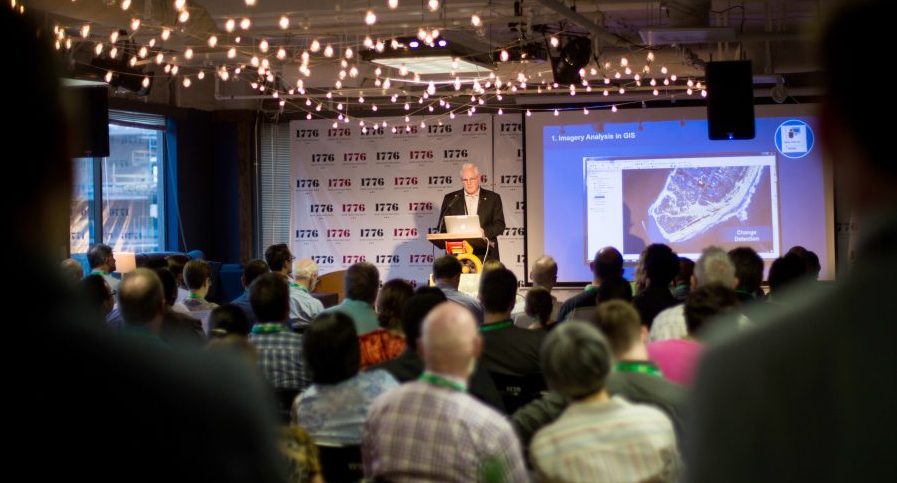 It’s no secret that the way government operates is changing. Administration transitions aside, new tools and technologies are transforming the way public servants do their job of serving citizens. One increasingly critical technology is geographic information systems (GIS).

GIS provides a way for agencies to harness the power and information generated by other new technologies, including sensors, drones and LIDAR. But as government workflows change to accommodate new demands and tools, the way GIS is used has also begun to transform.

At our recent MapUp on “Modernizing Imagery Workflows to Enhance Decision-Making,” we heard from three experts who explained that new imagery patterns and workflows are modernizing the way government makes decisions. They were:

Cygan kicked us off by explaining exactly how imagery is changing to address the challenges of modern government. “We have a lot of challenges in our country today across security, environment, and socio-economic challenges and imagery can help us solve those issues of national importance,” he said.

To highlight how these evolving paradigms of imagery have been used to transform government, we heard two case studies from government leaders using GIS.

Our first case study came from Thiel. Thiel said his team at Dewberry is held to a 48-hour timeline for producing actionable results in common weather disasters. That’s less than two days to understand complex weather events that are often unpredictable. Using imagery, they’re able to meet that deadline.

For example, Thiel’s team at Dewberry worked with the Federal Emergency Management Association (FEMA) to conduct geospatial damage assessments for areas impacted by Louisiana floods caused by hurricanes in 2016. They began those programs by pulling massive databases regarding critical infrastructure, past weather events, ground elevation levels, and other location-based assets to create predictive damage assessments. That allowed Thiel’s to get ahead of weather events and gain an upfront understanding of the terrain they were trying to protect

Once weather events hit, they were able to incorporate further datasets including real-time rain and water levels reports. In many cases, those datasets were matched with imagery of real-world locations like rivers, damns and other critical infrastructure in order to monitor, validate and respond to events. On one map, every asset – as well as the people and systems reliant on them – were identified not only by location but also by damage received by the weather event.

Ultimately, GIS allowed Thiel and his FEMA partners to make informed decisions about resource allocation quickly, based on the assessment of damage received in individual locations. What’s more, these damage assessments allow both government and private insurance partners to be better prepared for the next disasters that may strike the area.

Imagery for the U.S. Census

Our second case study of imagery in government came from Arthur Desch at the U.S. Census Bureau. He explained that, before each census, the Bureau must update and correct its “monstrously huge” Master Address File and locational database of over one billion locations. In the past, those pre-census updates required a large number of temporary employees canvassing every street in the country to verify existing addresses and add new ones.

With the help of a new imagery workflow, that time and cost-consuming process will be replaced before the 2020 Census. Census already uses various digital aerial and satellite products for traditional visual verification and digitizing activities. Now, they’re going to use that information and additional imagery to verify addresses from afar.

Called In-Office Canvassing (IOC), this new process allowed census employees to compare decennial census baseline imagery with the latest available imagery. That will allow Census employees to quickly confirm addresses without venturing into the field. When there are changes, the database will also allow them to quickly update addresses and other geographic features with easy and automatic visual indicators.

But imagery hasn’t stopped there at Census. That process still allowed for human error as imagery examiners were prone to miss small discrepancies in different images. By correlating their existing imagery maps with another database of imagery produced by NOAA, they were able to automate a significant amount of discrepancy detection. That led to even more increased cost savings than simple IOC and increased the accuracy of the Bureau’s census efforts.

Government is rapidly changing to meet the demands of a modern era. Thankfully, imagery – and the platforms that leverage it – are also evolving to support an increasingly innovative and responsive public sector.