Renee Wynn had only been Deputy Chief Information Officer at NASA for a few weeks when her boss broke the news.

He was retiring after a nearly 28-year career with the federal government, and he wanted Wynn to be his successor. He turned to me and said, “Hey, would you like to be the CIO?” And I was like, “Hey, I’d actually like to know where the bathrooms are,” Wynn said in between laughs while recalling her journey to the space agency.

Then NASA CIO Larry Sweet would retire four months after Wynn came on board in July 2015. The NASA Administrator appointed her CIO in September of that year.

“Your head just spins when you start a new job,” Wynn said during a recent interview with GovLoop. “Your commute changes, your lunch routine changes. Well, so it didn’t. I still don’t have lunch,” Wynn joked. Prior to NASA, she served as acting CIO at the Environmental Protection Agency for 19 months.

To start off our conversation, Wynn shared how she got into the business of IT. 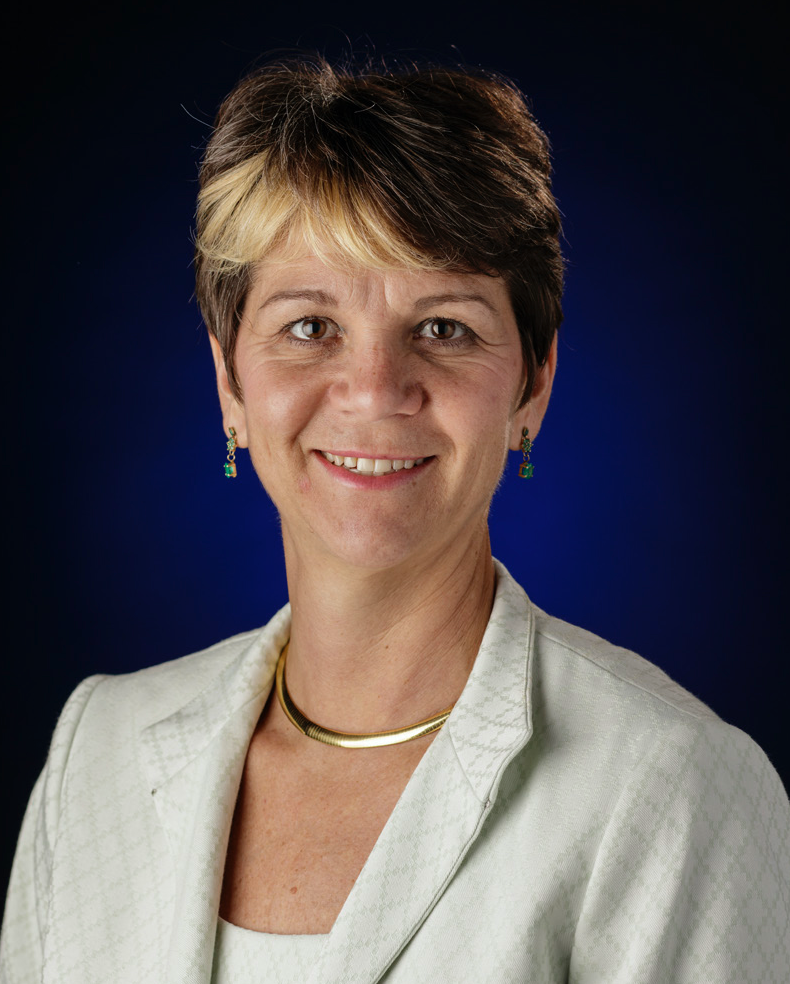 WYNN: It was a long time ago when the PDAs, personal digital assistants, were just coming out. I worked on environmental policies in the cleanup business — cleanup of federally-owned properties. I’d spent a lot of time working on base closure issues and making sure that properties that were being turned over to other entities [were] at the right cleanup level of its intended use.

We were driving home after visiting a site [and] I said, ‘Wouldn’t it be cool if we could have one of those [PDAs], and we’re in the field taking a look at the groundwater pump and treat system and you can pull up the data that you need?’ [What] if we had electronic access to the information? It was with that in my mind that I started to dabble a little bit in the IT arena and usability arena, so that when folks were in the field they could get the information they needed. And along came cell towers and smartphones and tablets and everything else.

GOVLOOP:  Wow. When was this?

GOVLOOP: You really stuck it out. You’ve seen so much.

WYNN: I did. Jobs for IT were pretty hardcore server manager. I always worked with coders to design what screens look like. I’m not even sure I had a computer on my desk at that time.

GOVLOOP: Of all the experiences you’ve had, what do you think has most prepared you to be CIO of NASA?

WYNN: One of them would be conflict management. You have to sit down with people, and sometimes you’re going to have to say no. The second thing is negotiation skills. Sometimes you have conflict even in the negotiations, and knowing when to sort of take that deep breath and say, ‘Hey, what are we trying to do?’

The final part, and especially in the CIO world, is to be able to tell a story. And that story is real mission stories, that we’re here to protect the integrity of the data. The foremost of what I need to do is to be able to communicate that across a number of different scientific, technology engineering backgrounds, and that’s not easy. The other part is building trust. It’s every interaction that makes or breaks your trust.

GOVLOOP: What’s one challenge of your job?

GOVLOOP: How many years have you been in government now?

GOVLOOP: What makes you stay?

WYNN: I like public service. I’ll just use NASA examples because it’s where I’m sitting. When you see information that NASA has to provide flows securely and quickly and on time, in its highest integrity, and it goes to be used for the next invention or the next discovery of an exoplanet, then you know you’re doing your job.

GOVLOOP: I hear the passion in your voice. How do you know when it’s time to go?

WYNN: I don’t know. But I will tell you what folks tell me: You just know. You knew to get married. You knew to have a kid. You knew this was the car you wanted. OK, [the] car is probably a little bit easier.

GOVLOOP: Getting into tech policy a little bit, now that the MGT Act is law and the White House released its final report on IT modernization, how are these developments shaping your priorities at NASA.

WYNN: My job is about caring for my people and preparing them for tomorrow. It’s about data integrity within NASA and for the public, which gets to security, so that the mission can be met. The modernization, the software management, the license management, supply chain management, all of that leads to those three pieces: the people, data integrity and being able to share that data regularly.

GOVLOOP: As a woman in technology, what unique challenges do you face? What advice can you share for overcoming those challenges?

WYNN: I remember getting into this world when I was the deputy CIO at EPA. Quite frankly I was appalled. I was in environmental protection in an agency where 50 percent of the management positions were held by women. That’s all I’ve seen in my career. And that’s unusual, given my age bracket. Remember, I was in grade school when Title IX was signed.

I think there’s a sense of responsibility if anyone is to call themselves a leader. You have to make sure that there’s an open and safe dialogue for the conversation, and it is inclusive to the different styles of communication, the different genders and the communication differences that can be there with different ethnicities. If I’ve learned anything, [you] must be careful to always try and engage in that open and safe dialogue.

She was literally handed a promotion when the new boss abruptly retired. We should all be so lucky.

Perhaps, but the reason she was offered the position was because she is a really great manager, and really practices what she says in this article. Get to know her, and you’ll find that out.

I look forward to any follow up interview in the future with her given the tremendous challenges of securing technologies and systems across NASA. I wish Ms. Wynn the best of luck in leading those initiatives and projects.

“My job is about caring for my people and preparing them for tomorrow.” What a powerful statement!

Must-Read Articles from the Start of 2018