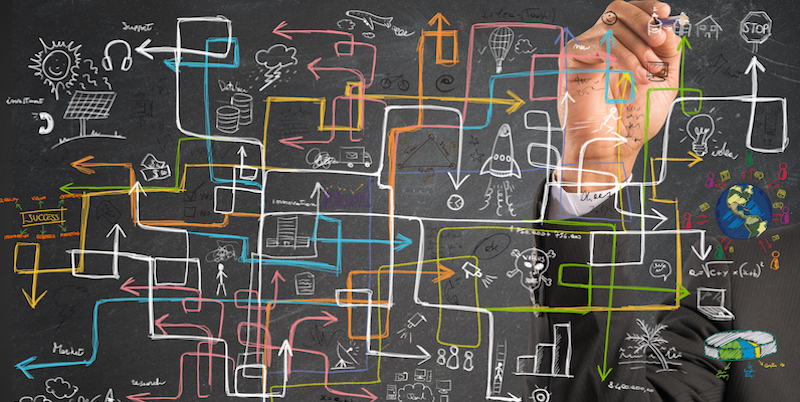 This is an interview with Ed Toner, CIO for the state of Nebraska, from our recent guide, State and Local Technology: What You Need to Know.

The project was completed on time, achieving impressive results like consolidating 6,000 square feet of data closets into just two data centers, and moving from seven disparate ITSM products to one system for the entire state. As a result, the state estimates it is already saving about $16 million annually from reduced IT costs.

Now, Nebraska government is working to document the project’s outcomes, as well as the steps it took to achieve those goals. The hope is to make the “cookbook” available to other government organizations pursuing IT centralization. In an interview with GovLoop, Nebraska CIO Ed Toner shared his initial insights into the process and offered advice for future IT consolidators in government. Specifically, he offered four themes to consider as other states pursue centralization.

Toner’s biggest recommendation was to maintain constant communication with stakeholders. “Change is never easy. Even if it’s good, no one wants to change,” he said. “What we really learned was the importance of communication. Involve HR every step of the way.”

He also impressed the need to verify information before communicating it. “Double- and triple-check your facts. A good example is that we surveyed all of our IT staff. Then, we took the surveys to their managers and asked if it was really accurate. Then, we went to the [non-IT] employees to see what they were doing, as well.”

This exercise helped Toner and his team understand who comprised the target audience of their project. That included the users of state technology, in addition to the IT professionals on staff.

Use Metrics for Benchmarking

Next, Toner said his team worked to create benchmarks at the onset of the project, rather than “shooting in the dark” for a consolidation plan. “We looked at research and said, ‘If we have a state government of 18,000 people, how many IT staff should we have? How should they be divided between operations, network, etc.? What should the idea model look like?’ And since Gartner produces metrics every year on state and local government, we compared ourselves to our peer group. We used those metrics to define what an IT shop should be,” he said.

Those benchmarks also provided a way to measure progress, allowing the state to set consolidation and reorganization goals and report on them monthly.

Despite starting with a plan, Toner was careful not to let it hamstring his team. As they continued to talk with government workers, identify IT systems and measure their progress, they also found new opportunities for centralization. “For instance, we didn’t plan it at first, but we consolidated our geographic information systems (GIS). We saw that it would be an advantage, and we saved a lot of money there because we actually were able to consolidate all the data across our state,” Toner said.

As they began consolidating GIS datasets, other agencies like the Public Service Commission approached the state IT team. It proactively offered additional GIS data to the team, not only to increase information but also to decrease individual departmental burdens of data storage.

“Now, we have all GIS data housed between our two data centers,” Toner said. “That’s really significant for the next-generation 911 projects that we have coming up, because they are definitely going to need a robust dataset that’s redundant and highly available.”

Not only did his team allow for additional state departments and data to roll into the consolidation project, it even considered opportunities to consolidate at lower levels of government. For instance, after realizing the sprawl of county data centers, the state team consolidated 90 individual county servers into four servers across two data centers. “That was so successful that now the counties are coming to us and asking us to take the rest of their servers,” Toner said. “Not just the ones that the state had, but actually county-owned servers that they were using for their own support.”

Now that initial goals for consolidation have been met, Toner’s team is looking to the future. To determine which potential projects are worth pursuing, they’re using a TIME model, which stands for tolerate, invest, migrate and eliminate. In this model, each application in question is graded based on its business value and quality. Where it lands in the TIME quadrant dictates next steps.

Toner explained, however, that his department will use the TIME model in consideration of the larger state IT infrastructure. “That’s our focus this year. We’re not just going to inventory applications, but document the architecture,” he said. That means understanding every other IT component, including servers, firewalls and switches, that is connected to the service.

In the same way that Nebraska started consolidation – with a strategic understanding of state goals, metrics and needs – Toner is committed to continuing to empower state IT with centralization and upgrades.

To read more about the latest news in public sector innovation, read our latest guide, State and Local Technology: What You Need to Know.