A new law, signed on Jan. 14, pushes agencies to appoint or designate a qualified Chief Data Officer (CDO) without regard to political affiliation.

Congress passed the Open, Public, Electronic and Necessary, (OPEN) Government Data Act as part of former House Speaker Paul Ryan’s Foundations for Evidence-Based Policymaking Act. The OPEN Government Data Act received bipartisan support in both the House and the Senate and was advocated for by open data advocacy groups. Along with tasking the head of each agency to develop and maintain a data inventory that accounts for all data assets within the agency, the designation of a CDO is a critical component of the law.

“Many government agencies are awash in data but struggling to analyze and make sense of it,” according to a collaborative report by Jane M. Wiseman of the Harvard Kennedy School and the IBM Center for the Business of Government. “The exception is in cases where a government agency has appointed a leader to manage the transition to a data-driven culture.”

The responsibilities of CDOs, according to the law, include:

As CDOs are appointed, Wiseman’s report points to three core competencies of success within the role: 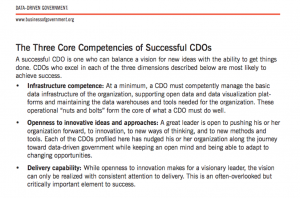 These competencies align with some of the responsibilities outlined in the new law. Here’s an infographic created by the IBM Center for the Business of Government on the report: 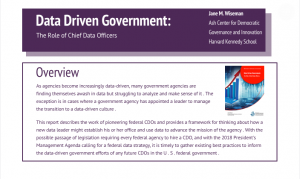 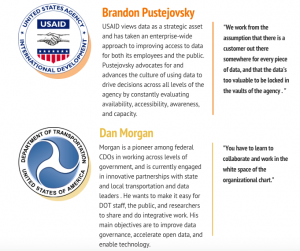 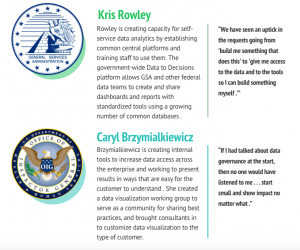 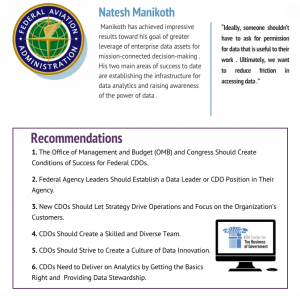 What are your thoughts on the OPEN Government Data Act or the report? Let us know in the comments below.