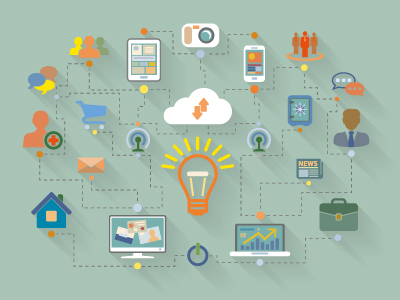 We hosted a special edition of GovLoop’s DorobekINSIDER today. We meet every month with the simple idea, get smart people together and share ideas because we believe that the real power of information comes when it is shared.

Listen to the Archive.

Open data is starting down a similar road. Many in government see open data as another requirement and that in this age of doing more with less, there are all sorts of requirements agencies have. Governments have to triage the ones that really matter — and the ones that help accomplish the mission.

During the hour long presentation the panelists discussed all the very altruistic reasons for open data — transparency and building trust with citizens, but they also talked about how it helps government and why open data matters in a 21st century government.

Harvard Professors Stephen Goldsmith and Susan Crawford discovered in their new book, The Responsive City: Engaging Communities Through Data-Smart Governance that, “Urban government in the United States today is at a critical juncture. Never before over the last century has there been such a need to change the way city hall works. And never has there been such an opportunity to do it.”

Open data can be a transformative technology for all levels of government, but both Hudson and Gryth thinks openness is only a part of the equation.

“I am not in the open data space because soley for transparency. I am in the open data world because we are looking at the way government interacts with the private sector. We are on the cusp of a government transformation, but now is the time to create standards and laws so that we can take advantage of this opportunity,” said Hollister.

Gryth agreed, “Access to knowledge is a founding principle of this county. People have a right to know what their tax dollars are being used for. Open data is much more than transparency; data can be the bridge between citizens and the government. Just like roads, government data is the critical infrastructure for the digital world. And just like roads, public data is an asset of the community.”

Putting out government data onto dashboards or releasing it on an open data site is only part of the equation. In order to be truly effective, data needs to be standardized and usable for different communities.

“Standards need to be interoperable so that data sets can be customized in small variations, but still fit into the right standards,” said Gryth. “For example, the permitting process in Boulder, CO could be much different than the permitting process in Aurora, CO. They are neighboring suburbs of Denver. If you are a resident in either of those cities, how data is released in other communities doesn’t matter. But if you are a contractor and you operate in both communities it can be incredibly taxing to have to fill out paperwork in two different ways. We need standards to make that process easier.”

The federal government can also use open data to streamline operations. “The Security and Exchange Commission found if they take corporate information in the form of data and not documents (PDF) they can save tons of money and time searching for past court documents,” said Hollister. “But when the Data Coalition first brought this idea to the SEC, they thought we were crazy. The SEC thought we were adding a ton of time and hassle to their process, but what they found out was the exact opposite.”

While Gryth agreed with Hudson on how open data can streamline government processes he noted, “Making data digital does not mean you have to get rid of paper completely. Open data does not have to be an either or situation. Keeping paper processes in place at least initially can help bridge the open data culture gap.”

Tomorrow, we will talk about what Gryth and Hudson are looking to in the future for open data. Plus we will highlight some examples of open data success stories.

*The training was brought to you by: Actuate, Information Builders, Teradata and MarkLogic.

[…] Wednesday’s special edition of GovLoop’s DorobekINSIDER LIVE, we discussed the importance of open data, current open data success stories, and the future of […]

Coaching Conversations – How to Manage Mistakes in 4 Steps

Changing Your Career Field Can Be Fearful