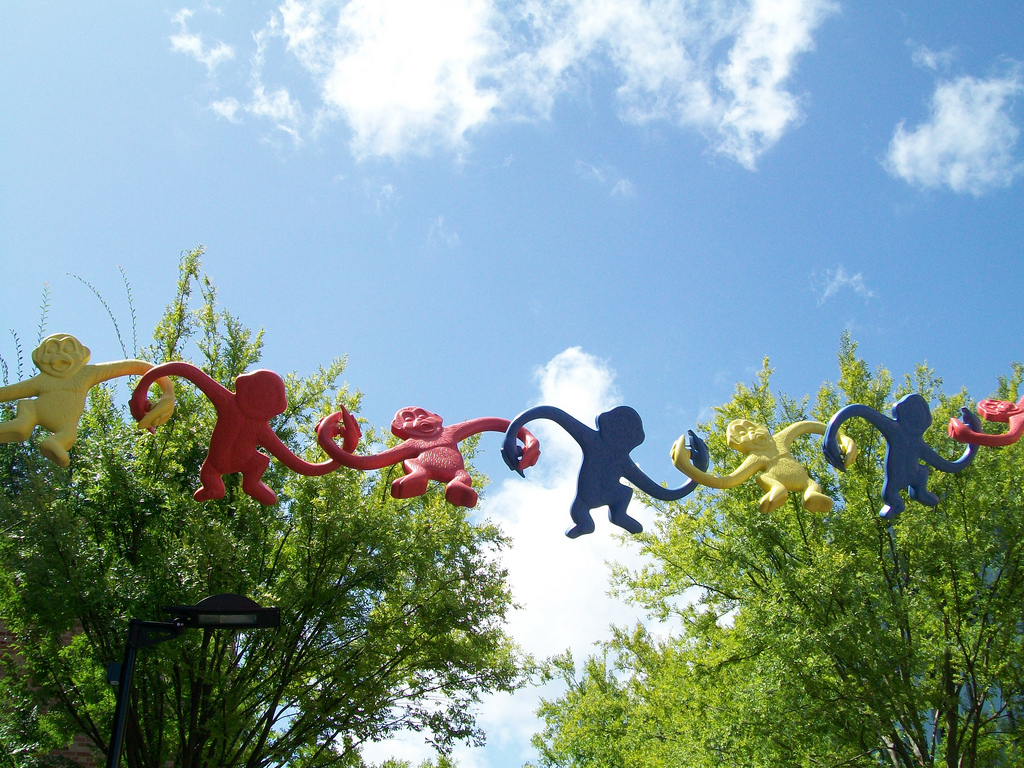 This seems like an easy motto to live by. For many of us, change can be frightening, and sticking with the status quo is a comfortable option. But in today’s technologically driven world, change is a constant, and adapting is a must.

Matt Leighninger, Executive Director of the Deliberate Democracy Consortium, spoke with Chris Dorobek on the DorobekINSIDER program about his newly published report Infogagement: Citizenship and Democracy in the Age of Connection and how the relationship between citizens and government is changing.

The Change in Citizen Expectation

With technological innovations constantly on the rise, the public has greater access to information. Leighninger reflected on how this has affected people’s overall expectation regarding government action and how all government institutions are struggling to keep up with demands.

“Citizens have different capacities and different expectations than they did even just 20 years ago,” said Leighninger. “And a lot of this has to do, of course, with the Internet and the new tools and connections that people have with one another. It also has to do with the more kind of basic things like just the rise of education levels and people’s attitudes toward authority, all those kinds of things changing in the last generation or so.”

“People are able to insert themselves into all kinds of decision-making processes, often in very great ways, and sometimes in very destructive ways because the processes aren’t really set up to accommodate them.” Leighninger explained. “And the result is a much greater degree of tension in many cases, and gridlock.

Leighninger continued by explaining that some of these situations can lead to changing how a particular institution works, which results in greater innovation and involving these citizens and what they have to offer in the political process.

According to Leighninger, citizen engagement can be categorized in two ways: 1) thick forms; & 2) thin forms. Thick forms of participation are time insensitive, and they happen in groups, particularly small groups. They require people to interact with each other, sometimes with whom they may have disagreed in the past. It’s a more intensive but also more rewarding format.

The thin forms of participation are quite vast because of the Internet, and they don’t require the same amount of information or commitment. Leighninger explained that the most effective engagement scenario involves both thick and thin forms.

Leighninger also emphasized that the nature of government’s relationship with citizens needs to change, giving the public greater responsibility to find solutions to policy problems. “Think of good participation, good engagement, as something where you treat people like adults,” he said. “What we have had is this kind of relationship between government and citizens, which is more of a parent/child dynamic, and we need to establish that adult kind of relationship. And then there are different aspects of that you can kind of unpack— giving people as much information as they want, open data and all that kind of stuff. It means also finding ways that get people to give you input, or gather data for you. And then it also means providing opportunities for people to make decisions, make choices as individuals, as communities, and figure out ways that they can actually devote some of their own time and efforts of solving public problems, because we all know that government is not the only potential problem solver when it comes to this.”

The Role of Media

Press and media outlets are at the heart of political culture, and government professionals must be aware and involved with media news. “The economic shift, in the sense of the numbers of jobs lost, in terms of traditional newspapers and things like that, is incredible,” said Leighninger. “And yet, were have all of these new different kinds of things that are providing these same kind of functions in new ways.”

While researching for his Infogagement report, Leighninger discovered the major extent in which citizen engagement is built into many of these new types of media outlets. Leighninger found that these media sources helped create and unify communities. Media is not a hindrance to government action, he argued, but rather a tool to assist efficient, proactive government work.

“I think part of the lesson is that what most communities need, what most of us need in these different places where we work is some kind of unifies vision of what we want, what kinds of opportunities we want to give people to participate,” Leighninger said. “Different organizations can help actually fulfill different parts of that that picture.”

How Government Should Think About The New Engagement Relationship

Leighninger says it starts with approaching citizen engagement with a long-term relationship in mind rather than being solely driven by the needs of the moment. Creating engagement strategies is key. “What do we want, what is the range of different kinds of tools and opportunities we want to provide people is something that needs to be considered in just about any kind of venue when you’re talking about engagement,” said Leighninger.

“A thousand flowers have bloomed; some of them died, some of them lived,” Leighninger stated. “But no one’s been doing any gardening. And that’s kind of a shift that governments and other institutions, community foundations, all kinds of institutions have a stake in. The question is, what kind of garden do we want?”

You can find Matt Leighninger’s complete report Infogagement: Citizen and Democracy in the Age of Connection here.

OPENING UP ABOUT OPEN DATA