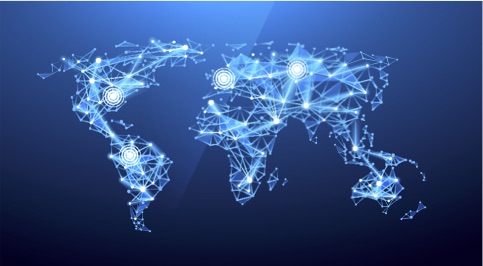 No matter how hard we try to mitigate it, every agency is plagued by waste, fraud, and abuse to some degree. Fortunately, the solution may be as simple as utilizing maps in an effective way. Location tools can help agencies sift through billions of data points to avoid improper payments and increase response times to reduce waste across the government.  Maps help agencies detect, predict, and visualize where, when, and how fraud, waste, and abuse for teams of auditors, inspectors, and investigators.

Recently, GovLoop took an in depth look at how the United States Postal Service (USPS) is using ArcGIS to detect and prevent fraud, waste, and misconduct. Erin Grimm, GIS Specialist at the Office of the Inspector General of the U.S. Postal Service, Mike Quin, National Government Global Marketing Director at Esri and Patrick O’Brien, Solution Engineer at Esri recently sat down with GovLoop to discuss how the USPS is using maps in the online training, “4 Ways GIS Helps Fight Fraud” and highlighting the four key Geographic Information System (GIS) capabilities for detecting fraud, waste, and abuse using a location strategy

The USPS’s Officer of Inspector General’s (OIG) overall mission is to help maintain confidence in the postal system. Grimm explained that they do this through audits and investigations. The auditing arm of the USPS works to determine whether programs and operations are efficient and cost effective while the investigations section aims to prevent and detect fraud, waste and misconduct.

The GIS shop is within the OIG and is known as the Analytics Lab. People that work in the lab include database administrators, project managers, data scientists, report writers, software specialists, and analysts. Grimm explained that these roles are integrated to provide leads for investigators and direction for audits. They base these leads and direction on data derived from GIS.

Grimm explained how the USPS is using GIS to fight fraud, waste, and abuse in the following examples:

The USPS utilizes contractors to transport mail and gives them a fuel card to purchase fuel on their routes. “We wanted to make sure that these drivers were using these fuel cards for fuel only and that they were doing so on their routes,” Grimm explained. She and her team were able to use GIS to calculate optimal routes, route stops and fuel transactions. From there, they applied a buffer so they could clearly visualize the outliers. This analysis allowed Grimm and her team to catch a contractor that had $5 million unauthorized fuel purchases on their card and prevent egregious mistakes from happening again.

Recently, OIG wanted to determine why some passport facilities were more successful than others. Grimm explained that they noticed that some passport locations were increasing their growth rate and wanted to find the common factors that lend to that success to implement in other facilities.

“In order to do this we created a geographic profile using GIS that took into consideration over 200 factors like population, income, distance to airports, and so on,” Grimm explained. Through this, they were able to visualize the data and see where the highly successful facilities were compared to

Another issue the USPS faces is employees double dipping in salaries by getting paid as employees as well as contractors. “In order to identify instances of this we leveraged GIS to map out employee and contractor home addresses and then applied a buffer to see which ones were close in proximity to each other,” Grimm said. What they found was that there were quite a number of addresses where the same person was receiving paychecks as an employee of the USPS and as a contractor. These results allowed the USPS to weed out the paycheck abuse and avoid wasting funds.

Grimm also posited some lessons learned from her decade of GIS experience. Some of her tips included leveraging the proper folks to implement GIS initiatives, focusing on simple results so you can portray them to management easily, and having a dedicated and trained IT support staff so you can focus more exclusively on GIS. She also emphasized that you have to keep an open mind when going into GIS projects—sometimes you get the results your looking for and other times the data gives you different answers that you may not have expected. The key is letting the data speak to you through the maps and drive decisions.

For more information on how you can use GIS to help fight fraud at your agency using a location strategy, watch the full online training here.

How GIS Platforms are Transforming Government