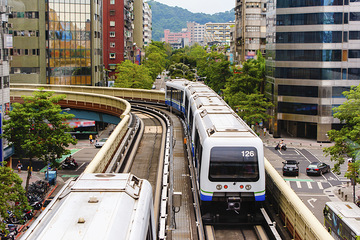 As the new Administration’s CIOs and other members of the C-suite get settled into their new positions, it is important to discuss lessons learned with their predecessors. This is especially important in the IT realm, as talking to past members of the government IT C-suite can help facilitate necessary progress in innovation instead of starting over from scratch.

Richard McKinney is one former C-suite member who knows a thing or two about fostering innovative processes. As the former CIO of the Department of Transportation, McKinney modernized systems, processes and culture in his nearly four year tenure at DoT. He sat down with Chris Dorobek on this week’s DorobekINSIDER to discuss some of these initiatives.

During his time at DoT, McKinney said that he was most proud of changing the conversation at DoT surrounding the shift from a decentralized approach to IT to an enterprise model. “We made progress along those lines from both an operational and governances sense,” he said.

DoT started their modernization process by taking concrete steps. When McKinney first got to DoT, the network was very decentralized and the Department had never sat down and designed a network to serve the department. “This troubled me because I didn’t think that something as important as our network should be the child of many hands,” he explained. In order to remedy this, McKinney decided to move the network to Microsoft 365 Government Cloud.

Additionally, McKinney hired a vendor to gain a better understanding of their network and its traffic. Through this, the vendor was able to find a number of problems with the network, allowing McKinney and his team to sit down and identify tools and solutions to fix these issues.

One particularly troubling issue McKinney faced was network security. He explained that when he and his team gathered all of the network devices IP addresses, they had a total of 800 devices. However, the vendor they used to identify network problems informed McKinney that there were 200 devices on DoT’s network that weren’t accounted for.

McKinney explained that the reason for the extra 200 devices was not a an overt cyberthreat. It was simply a result of faulty processes in adding devices to the network at DoT’s remote and field offices across the country. However, the discrepancy made clear to McKinney that he would need to completely overhaul change management processes throughout the Department.

To foster these changes, McKinney worked with network administrators at each of DoT’s office to reiterate best practices and ensure that each piece of equipment added to the network was authorized and done so correctly. “We found our weaknesses, we patched our holes, and our ability to maintain and manage the network and I’m proud of the fact that whoever follows me as CIO at DoT will walk into a situation and know a great deal more about the current state of things than I did when I walked through the door,” he said.

Looking back, one of the biggest lessons learned McKinney offered was that you have to know where you are starting. “Once you know the dead level truth about where you are, you can then sort of look to the future and figure out where you ought to be and then map out a course of action that takes you from where you are to where you want to be,” he said.

McKinney recommended that the incoming CIO take advantage of this already established roadmap. Additionally, he highlighted that there is a tremendous team of people working in IT at the DoT that the CIO must leverage. He concluded, “The credit really belongs to the team, I’m the orchestra leader if you will, but they’re the ones playing the instruments and making the music and whoever walks through the door is going to find just a tremendous team of people and I wish them the very best.”

How You Can Take a Stand for Women