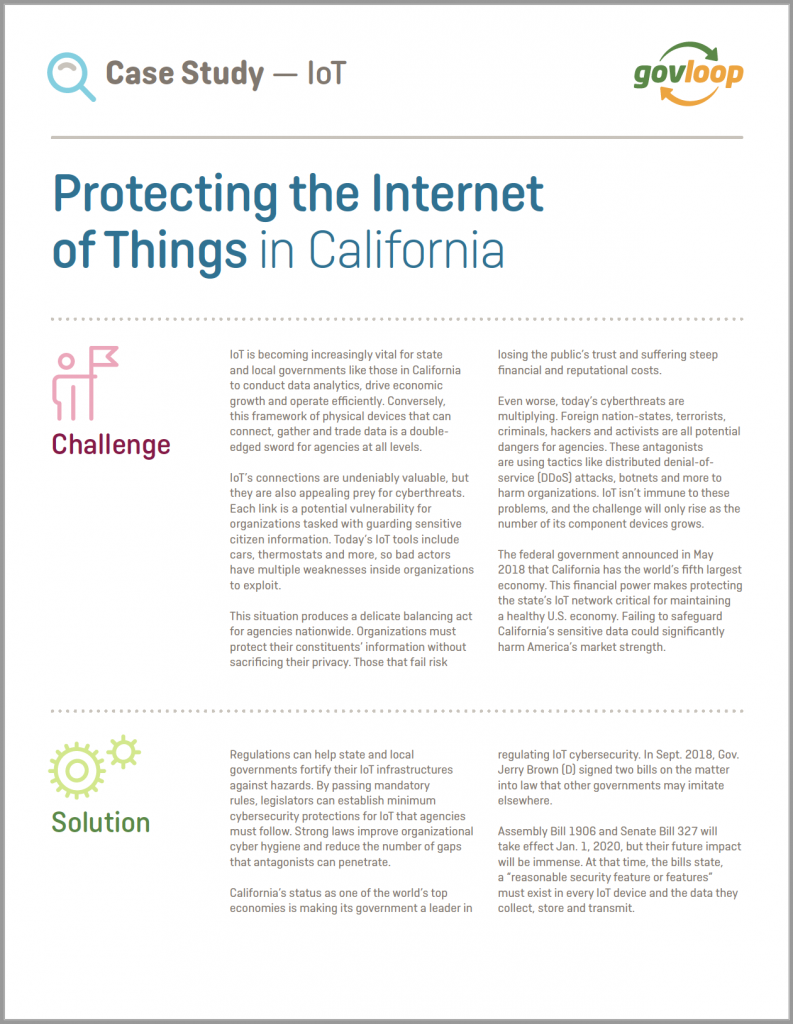 The Internet of Thing’s (IoT) connections are undeniably valuable, but they are also appealing prey for cyberthreats. Each link is a potential vulnerability for organizations tasked with guarding sensitive citizen information. Today’s IoT tools include cars, thermostats and more, so bad actors have multiple weaknesses inside organizations to exploit.

The federal government announced in May 2018, meanwhile, that California has the world’s fifth largest economy. This financial power makes protecting the state’s IoT network critical for maintaining a healthy U.S. economy. Failing to safeguard California’s sensitive data could significantly harm America’s market strength. This case study explains how state and local governments can fortify their IT infrastructures against hazards by using regulations like those California recently passed.