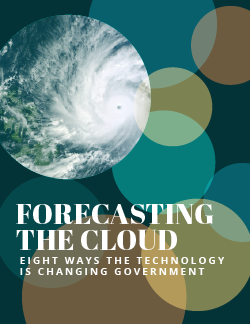 Today, everybody from government information technology officials to the president are talking about cloud computing, a technology that is revolutionizing the way federal, state and local governments operate. Whether they use public clouds, private clouds or a hybrid of the two, govies agree on one thing: Cloud is the way of the future.

But that’s where the certainty ends. So far, standardization on adoption, procurement, security and use cases has been elusive. That’s because, although cloud has been around for a while, the technology is still in its infancy in many ways.

“I think the state of cloud in government is really in the early stages,” said Teri Takai, former Chief Information Officer (CIO) at the Defense Department, former CIO for California as well as Michigan and now CIO and Executive Vice President of Meridian Health Plan. “The interest level and the desire to move to the cloud are very strong, but I think some of the challenges of actually understanding how to do it, how to actually do the migration, and then how to manage the security and the contract terms and conditions are still being worked out.”

With so many options and rules surrounding cloud, it can be tough to get your head around the technology. That’s where we come in. In this guide, we: