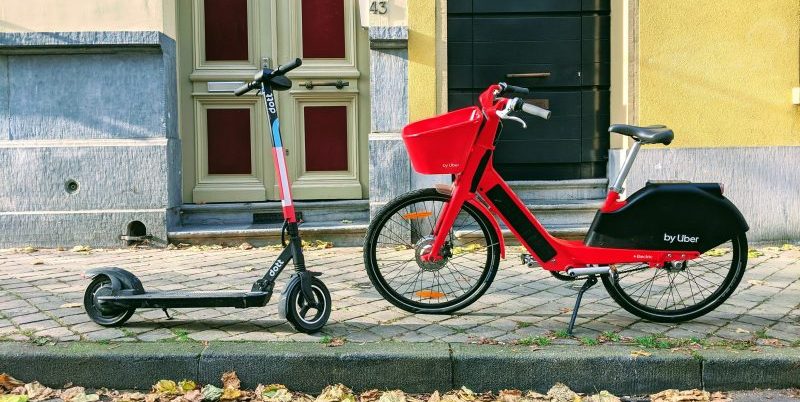 Nashville is one of many metropolitan municipalities looking to manage the influx of micromobility — that is, scooters. These vehicles and others like it have cropped up almost overnight with city officials scrambling to regulate them.

In Nashville, city officials needed to combat the inrush of micromobility vehicles, such as scooters and shared bicycles, while balancing their growing popularity, public safety issues and residents’ concerns, said Keith Cooke, Account Executive at Esri. The solution, in part, involved the help of geographic information system (GIS) tools, a technology that leverages location intelligence, Cooke said during GovLoop’s online training on Tuesday.

Namely, the tools facilitated better regulation by providing data evidence that backed the city’s decisions to grant more permits to industry. For example, if a manufacturer approached the city with a request to release 100 more vehicles, the city would easily be able to point out the 150 vehicles sitting immobile at a certain location with GIS tools. Instead of unnecessarily inundating the environment with more scooters, the city could redistribute the immobile ones for residents to use.

“When we bring complex data together with GIS, it’s easier to understand, analyze and act on,” Cooke said. “Smart communities thrive when location is at the forefront of their operations.”

Technology changes quickly, so for policy that addresses these changes to stand up agilely, it can be a game-changer to use real-time data on a location-intelligent platform like GIS.

But while case studies like this one are a good starting point, each jurisdiction should establish their own geospatial strategy that addresses their community’s concerns and priorities.

“You can’t make a uniform smart solution for the city of Auburn, Alabama, and make that work for the city of Chicago, Illinois,” Cooke said. “There are different priorities, different drivers and different needs for communities. Local officials should first be in tune with the community to ultimately make the smartest community decisions, regardless of the technology they leverage.

So interesting! I think lots of cities are experiencing similar pains with scooters specifically, it will be interesting to see how gov handles this issue across the country.

I agree with Leah – so many cities are struggling with these same issues. Even though there won’t be an easy bandaid fix for this (like one uniform smart solution), it is encouraging that GIS is an avenue so that so many communities can go down as a means to solve this. Great piece, Pearl!