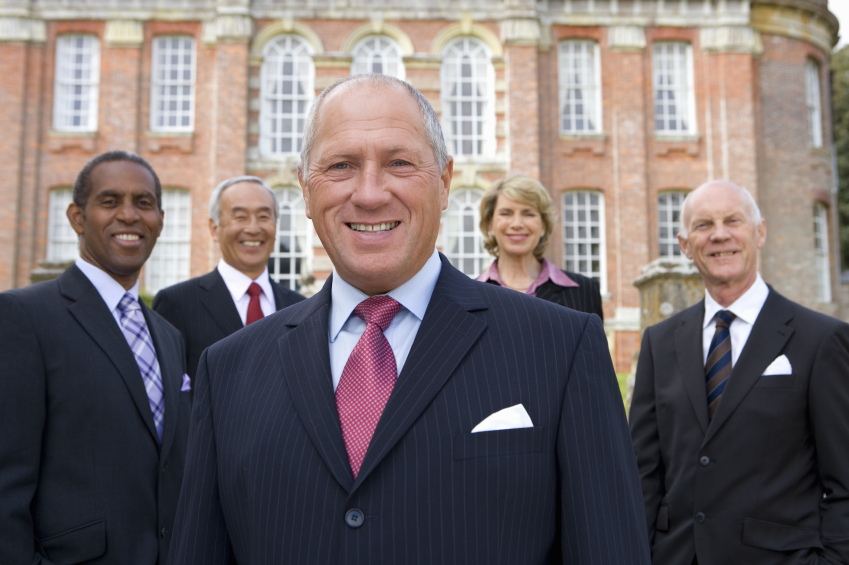 Your order is ready! A job with a side of mega-sized responsibilities coming right up! Truth is, the Senior Executive Service (SES) isn’t always on everybody’s wish list. Until recently, not everybody was lined up to take it upon him or herself to be some of the most senior leaders in the Federal government. The system itself had been meant to move govies around in different senior positions of government-to be more robust. Instead, govies have been stuck to work in only one agency.

The SES consists of some of the most senior government officials under political appointees. In fact, they are seen as the intermediary force between new political appointees and the Federal workforce. The Office of Personnel Management (OPM) manages the executive personnel program and their website tells us that the SES oversees approximately 75 Federal agencies in their day-to-day tasks. Tom Fox, Vice President for Leadership and Innovation at the Partnership for Public Service, argues that although the job demands a lot of work, we are now seeing a renewed interest in the SES.

Fox sat down with Christopher Dorobek on the DorobekINSIDER program to discuss his views on the resurgence of the SES and how govies can better prepare themselves for these senior positions.

“The Senior Executive Service is really the place where you can affect some of the greatest change in government, because it is the senior most level in government where there is continuity across administrations,” Fox said.

Money doesn’t seem to be the driving factor here. Fox explained that although the money is decent the new Executive Order, Strengthening the Senior Executive Service, might be the primary source for the renewed interest. Fox shared that this Order, with its intention to refresh and renew the SES, is key to the increased interest in the SES. “It has brought some renewed attention and emphasis around strengthening the SES.”

The Executive Order also sparked a renewed sense of purpose for govies. “There is that appetite- that interest in trying to make an impact. They want to create a change that makes our government, and therefore our country, just a little bit stronger,” Fox stated. Plus, it seems fitting for some as the SES does withstand administrative changes. “They not only weather that transition, but they also make sure that the government continues to operate at its highest levels.”

So, how can govies better prepare themselves for the SES?

OPM has defined five executive core qualifications for becoming a future SES member. Among them are leading change, leading people, results driven, business acumen, and building coalitions. To read more about what OPM has to say about the core qualifications, click here. Fox also shared that these qualifications build off of the skills expected of any executive figure, such as good interpersonal skills, good verbal and written skills, high integrity, a knack for continual learning, and public service motivation. In other words, “you have to not only gain introduction to all these different competencies, but you have to demonstrate them as well,” Fox highlighted. But, how do govies go about obtaining all of these requirements?

Basically, be open-minded in your government career. First, don’t think about what do I need to do to become an SES. “Just go out and seek out challenging assignments that require you to demonstrate those core qualifications in a way that will be meaningful,” Fox shared. Secondly, go out and have as many experiences as you can.

“Don’t be worried about gaining entry. Just focus on doing good and meaningful work,” Fox said. You want to have a diverse set of experiences to share. “One of the unmet aspirations of the original sort of intent behind establishing the SES was the intent to have folks who had experience in a variety of different agencies; in a variety of different roles.” And there are ways to accomplish this without necessarily jumping around agencies all the time. For example, DOD has encouraged its employees to partake in joint assignments so as to gain a broader perspective of DOD overall.

This year will not only hold a change in administration, but also in our SES.

Another good suggestion about applying to the SES is good luck if you are a person of color. The SES is dominated by White people at 80%.

The process for writing, reviewing and approving ECQs is ridiculous and has become a cottage industry of it’s own. People have or hire others to re-write their ECQs after the nit picky board at OPM has said they are not written well enough. This causes delay in hiring, which leaves critical gaps in the senior levels of an agency. If the OPM board approves the ECQs the second time through it is only because they better adhere to a format, as the person hasn’t had any new experiences in that time frame. So, you’re not getting any sense of the writing capability of the applicant him/herself (supposedly a key factor in selection), you are getting the same experiences, and someone (sometimes the agency) has spent money to get the ECQs done “right” A perfect example of the government process negatively impacting the needs of the civil service and the missions of the impacted agencies.

I find this comment offensive. There are many minority categories that are underrepresented in SES. I don’t know why these types of comments keep getting passed the moderator. They are not helpful and they add nothing to the article.