The public sector has a reputation for being slow because of the unique restrictions it faces when it comes to innovating IT — but it doesn’t necessarily have to be that way.

At least that’s what Keith Hanson, Chief Technology Officer (CTO) of Shreveport, Louisiana, conveyed when he sat down with Nicole Johnson, Managing Editor at GovLoop, to speak about his experience and priorities as the head of the city’s Information Technology Department.

“I don’t have enough money to go make money is always the problem,” Hanson said, drawing similarities between business and government. “So the entrepreneurs that succeed the most are the ones who figure that out in creative ways.”

“When you treat it all like that, money is just one problem to solve,” Hanson added. 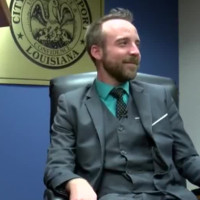 GovLoop: I’d like to hear about your experience in the transition from entrepreneur to public employee. What attracted you to make the change? And what has your experience been as the city’s first CTO?

During the [agency’s] reorganization, we rewrote our mission. Our mission now is to empower every citizen and staff employee with technology. Not just government.

We are rolling out 311 systems now, and we’re looking at how we take the millions of records of data that we have, file it across every department and turn it into things that citizens want to know about. How do we take our community information page, like the city of Shreveport public information page, and turn that into a useful resource for citizens?

At the same time, here’s what I’ve found about government coming in from the outside. The first question out of anyone’s mouth as a newbie to government is, “Why would we ever do it that way?” Well, every government employee typically is like, “I know.” And then they explain it, and you go, “Huh, wow, yeah, that makes sense.” There’s always a history. It takes an hour for someone to tell you about it. It’s complicated. There are a whole bunch of very good reasons operationally why this is hard, and no one’s wrong.

What’s your way forward now, knowing this and being brought into the conversation to think more creatively about this. What direction are you heading in? What’s the next step?

So I get into the seat and I find out that two or three departments don’t have work order systems that have criticality in. We may have a work order system — even if it’s duct-taped and glued together or it’s an Excel spreadsheet — but no one’s even recording how critical something is. Did a water main blow out? It gets the same priority as a streetlight being out, as a pothole being reported.

When I found that out, it was no one’s fault. They just didn’t realize what tools were out there. They never asked. Maybe you could say that they didn’t want to know. I don’t see a lot of lazy [people] around the city. I just see a lot of disjointed, not communicating departments and no one who has an integrated understanding of how all the data and information flows from citizens to solutions.

You mentioned that your budget was 2% of the general fund.  How much is that exactly?

How would you describe the level of authority you have — as in, having a seat at the table or a voice. When you say, ‘I think we should do this or not do this’ when it comes to technology, are you able to make those calls?

I’m the guy. So, it’s complicated. If the mayor is looking to make a decision on technology, he leans on me completely. If I tell him this is not the way, you do not want to do this, he doesn’t do it. If I sell him on something that I think we absolutely should do, usually he does it, so far.

I’m curious to know what your workforce setup looks like. Do you have a team? Does each department have their own IT staff?

I reorganized our department into five divisions. We have infrastructure, which is the wires and the blinking lights on the server rack. All the hardware, the networking equipment, the servers themselves, the Windows updates, the virtual machines — all that kind of stuff.

Then you’ve got the software division — or the solutions division is what we call it now.  There’s a solutions manager over a whole bunch of business and system analysts, and they map the business workflow, the business process of a problem or a process in the department. And then the system analysts go out and implement solutions toward that.

And then there’s the PC tech or PC operations division. So if it doesn’t go ‘click,’ these are the people you call and they come and fix it.

What does Special Projects do?

Special Projects is social media specialists, GIS specialists and a data scientist. And I’d like to add a full stack developer to that eventually.

All those divisions I just told you — technically they report to the deputy, and the deputy reports to me. This special projects group reports to no one but me.

The deputy, my assistant and the special projects — those are the ones I talk to a lot.  And then, below that, there are five managers that we have a once-a-week meeting, and they keep me abreast of everything. And they run [their teams] how they see fit, but I hold them all accountable by holding my deputy accountable.

What are the top three priorities or projects you’re focused on?

I’ve got four. The first goal was universal broadband. We want everyone to have a broadband connection that is cheap, fast and simple to understand on the billing side. Those are the main components that prevent people from subscribing to internet.

Then there’s nimble IT. And what that means is this: “Don’t tell me no, tell me we’ll look into it and figure it out and we’ll get back to you.” That sort of high-end customer service level. My first answer is yes; my second answer is, “We’ll figure it out.”

Then personnel management — that’s the day-to-day duties of any manager, right?

And then open data, which [the mayor] was on board and totally all about. Within three weeks, I had a transparent digital budget that shows you categorical breakdowns of the entire budget. You could download CSVs [or files] of all of the data, and you could run your own queries, etc. That started sort of the snowball down the hill on that initiative.

What advice do you have for others who are aspiring to hold IT leadership positions in government?

What we need in government is way more entrepreneurial thinking. Here’s the thing — every director complains all the time, “I don’t have enough to do what I need to do.” Well, that’s the time-immemorial problem for entrepreneurs. I don’t have enough money to go make money is always the problem. So the entrepreneurs that succeed the most are the ones who figure that out in creative ways.

‘Tis the Season: 4 Ways to Reward Your Star Employees

3 Things to Prioritize in Multi-Cloud Environments