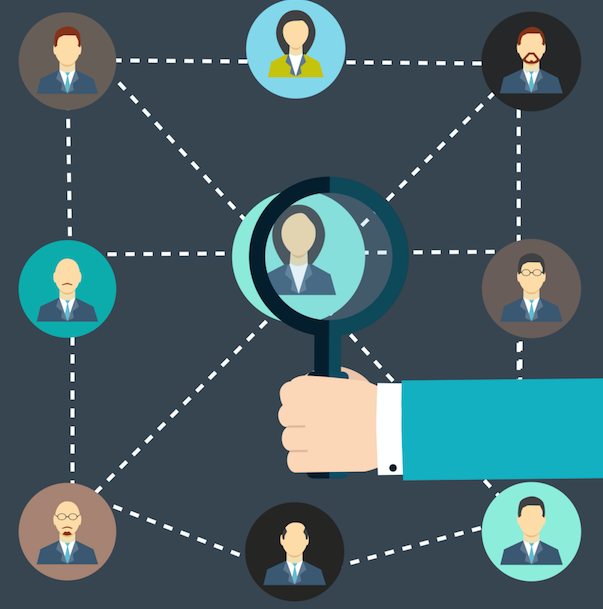 So You Want to Land a Federal IT Job? (Part I) is available here.

It’s more than a trite saying from my former glory days playing sports. It’s true on the court and in the office. Your credentials may not always match the job description to a T, but your likeability, willingness to learn and character go a long way. Some hiring managers call this the “it factor.” And some people can’t fully describe it, but they know it when they see it.

We all know the general answer to these questions: it depends.

But I wanted to give potential hires something more concrete to hold onto, so I posed this question to Richard McKinney, CIO at the Department of Transportation and head of the CIO Council’s IT Workforce Committee: What distinguishes an all-star employee from a solid employee?

“I look for people who demonstrate a hunger to learn,” McKinney said. “I hire more on potential upside, than I do as far as accomplishment. I often do pick people who maybe don’t have years and years of experience in the job [I’m] filling, but they have a tremendous eagerness and they reflect that eagerness to learn and to improve themselves. I find that more appealing to me as a hiring manager than someone [who] says, ‘I’ve been there done that for a long time.’ Not to say that you don’t hire those people sometimes, but if someone has that spark you know it when you see it.”

McKinney shares similar sentiments when it comes to hiring. People often ask him about the most critical success factor in IT. “They expect me to come at it with a technical answer, and I don’t,” McKinney said. “It’s the people you hire.”

When organizations hire good people, the technology takes care of itself, he said. “IT is a team sport,” and “I’m always looking for the person who I just want on the bus.”

The hunger to learn that McKinney looks for in job candidates doesn’t stop once the person gets a seat on the bus.

“The same applies once they’re here,” said Kristen Baldwin, DoT’s deputy CIO. “They have a can-do attitude. They roll up their sleeves and get involved. They think outside the box, [and] they genuinely are interested.”

Which Certifications Are Worth Having?

I had to ask the question. There seems to be a certification for everything nowadays, but how valuable are they in the insight of hiring managers?

“It really depends on what you want to do,” said Jason Walsh, Coordinator for the IT Workforce Committee. “If you want to do project management, you should consider PMP certification. Cybersecurity, you should look into becoming CISSP certified.”

But certifications are often nice to have, not deal breakers, Walsh said. This is especially true when it comes to hiring contractors because hiring is based on experience and skills.

Plus, certifications are not the end-all, be-all, said Ron Sanders, a Vice President and Fellow at Booz Allen Hamilton. “It’s a knowledge test, not a skills test. We all know people who have plenty of book knowledge.”

If there are any jobs that are ripe for skills testing, it’s IT, Sanders added. “You ought to be able to test for those technical skills.” Some agencies have developed assessments, but that has not happened governmentwide.

McKinney’s view of certifications is they usually indicate a person’s hunger to learn. “They don’t walk in saying, ‘I’m just really good, and you should take my word for it.’ Good certs, they don’t hand those things out. They’re hard to get.”

For current feds, Walsh suggests keeping your boss updated on classes you’re taking or degrees you’re pursuing to hone your skills. It may be as simple as telling your boss you’ll be in a little late tomorrow because you’re studying for an exam or you have a class. “A lot of people will take extra classes but not even tell anyone,” Walsh said.

For those who have landed a federal job, you may be contemplating a detail to the private sector and returning to government. I asked McKinney his thoughts, considering his IT career spans state, local and private sectors.

“I have tremendous respect for people who start and end their career in the public sector, and I don’t think they’ve missed a thing,” he said. His advice for feds is that they consider what the job opportunity will provide and whether it’s the right fit for them.

In part I of this series, I talked about the hiring authorities agencies have to speed hiring for qualified IT professionals. That’s all good and well, but “the IT mangers that have to worry about hiring said from their vantage those flexibilities had not changed a thing,” Sanders said.

When Sanders dug a little deeper he found that many personnel officers were applying regular civil service hiring procedures to implement direct hire flexibility. But why?

It’s because “those regular civil service hiring procedures were something they were all comfortable with,” Sanders explained. “They weren’t really taking advantage of special hiring authority.”

But there are federal entities proactively using this authority. The U.S. Digital Service is one of them. The organization is hiring tech experts and does accept details. (Read more about federal details here.)

Most agencies still post vacancies and then solicit hundreds of applicants and sort through them, Sanders said. That defeats the purpose of having hiring authorities to bypass normal processes. Here are the main barriers to expedited hiring authorities:

“There is often a significant difference between people at headquarters, who know about flexibilities, and then when they finally have them in hand don’t see those flexibilities reducing hiring times to a great degree,” Sanders said.

“My own experience is IT hiring mangers, even if it’s just out of sheer frustration, are insisting they be involved” in hiring, he said.

For job candidates, having someone on your side to explain the hiring nuances and share career tips is invaluable. Walsh and McKinney suggest job candidates seeking mentoring and professional development opportunities enroll in programs offered by groups like the American Council for Technology (ACT)-Industry Advisory Council (IAC), a public-private partnership focused on improving government IT.

Organizations such as ACT-IAC, AFCEA, the Advanced Technology Academic Research Center (ATARC), GovLoop and many others provide events and networking opportunities for current and aspiring IT professionals to meet hiring managers directly.

“It’s exposure, and a lot of it’s networking,” McKinney. “These people make connections, and then they work those connections.”

Thanks for pointing that out. I updated the story.

Hi Nicole, just got around to reading a couple of your articles from the last training. I did not go in depth as to find the Hackathon training. I had the book, was there a link to that? I was just reading the one on-line with Richard McKinney from DOT. I see were he answered the going from government to private making sure it was a good fit. Thanks for asking the question.

Hi Nicole, just got around to reading a couple of your articles from the last training. I did not go in depth as to find the Hackathon training. I had the book, was there a link to that? I was just reading the one on-line with Richard McKinney from DOT. I see were he answered the going from government to private making sure it was a good fit. Thanks for asking the question.