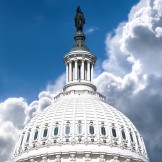 I was a federal employee during the government shutdowns of 1995–96 and 2013 which resulted from conflicts between a Democratic President and Republican-controlled Congress. It is 2015, and here we are again. A federal agency and its employees are being subjected to Congress’ inability to pass a funding bill. Last week, a House bill was re-filed to fund the DepartmentRead… Read more »

Chicken Little squawked about the sky falling. Pundits warn about the Fiscal Cliff. But federal agencies nearly every year hold up the sky while walking on the edge of a cliff. This is the world of Continuing Resolutions and Government Shutdowns. In only four cases since 1975 has Congress passed all appropriation bills before theRead… Read more »