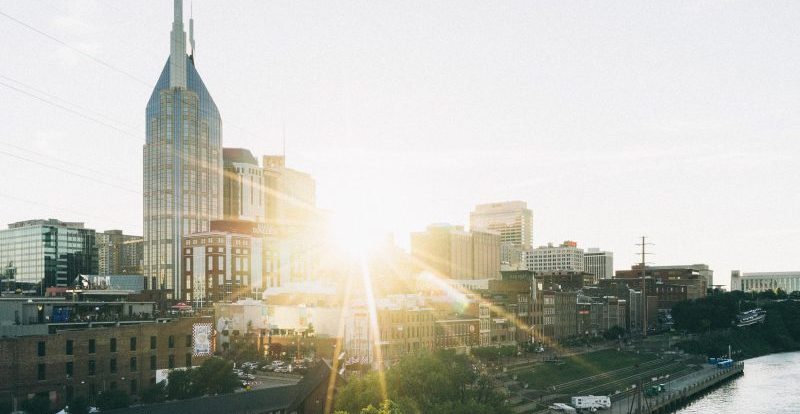 Only a few months have passed since Tennessee Deputy Chief Information (CIO), J.P. McInnes, migrated southward to start his position. He hopes to bring the same passion for service he had in the cold of New York.

“The big win is when you can have empathy for your customer,” McInnes told Emily Jarvis, GovLoop’s Senior Online and Events Editor, at NASCIO’s 50th anniversary celebration this year.

Completing his tenth year in state government, McInnes spoke further about the state’s plans for cloud migration in 2020, the differences and similarities in the state governments he has served at and the fruit of the labor he has seen at Strategic Technology Solutions (STS) in 2019.

GovLoop: So you’ve been in the role only a little over six months. Where are you coming from? 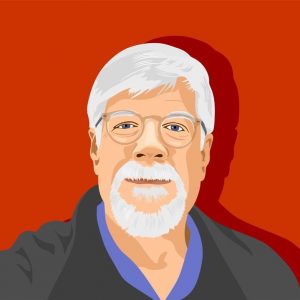 I came from the state of New York where I was one of the — what they call — “cluster CIOs.” I had the health cluster, which was Department of Health, Office of Mental Health, Office of Addiction Services and Supports, and Medicaid Inspector General.

What made you make the transition?

You know, it’s funny, about eight months ago, maybe seven and a half months ago, we woke up and it was 60 degrees and sunny. We went, “Woohoo, early spring.” (Laughs) And then we got 22 inches of snow and it was 8 below zero. About 90 minutes north at Lake Placid, Whiteface Mountain was -124 degrees at the peak. But that included the wind chill, so it was probably not that bad.

So I thought, you know, maybe south of the Mason-Dixon Line would be good. I saw this opportunity and came down and talked with folks here, and it turned out well.

Wonderful. So you’re probably starting to get a general feel of the organization and how it works. What are some things that you’re hoping to really prioritize in 2020?

Cloud is on our agenda. We have some applications in the cloud, and we do use some Software-as-a-Service (SaaS) for certain platforms. But we haven’t made a solid move to the cloud.

We’re going through the process now of establishing a governance framework that’ll help us get there. And also, we’re trying to figure out from different partners and vendors: What is the secret sauce that determines how an application moves to the cloud? Do you refactor it? Do you replace it? Do you just pick it up and move it? What are the factors that make that decision? So, cloud is big on our radar.

You have to have a good governance model to be able to shift gears and deprioritize things so you can prioritize new things that come along and are urgent, or under mandate perhaps.

Are you still looking at different cloud models then? Hybrid, multi-cloud, all of these options?

Tennessee’s a conservative state, and we’ve been watching other states and organizations on how they’ve moved to the cloud. The early adopters, some of them went and then came back, and they’re now adopting a different model. So we’re pretty sure we’re going to be hybrid for at least a little while.

We have some agencies that still believe they need to hug their data, for example, CJIS [Criminal Justice Information Services] data. There’s a lot of concern over that. Although the federal government is going to make a very large move to the cloud and that should help alleviate some of those concerns, it’s not always going to alleviate them.

Then we have to educate our legislators on what moving to the cloud means and why it’s okay, just to make them comfortable with what we’re doing, that we have it under control, that it’s going to be secure and that they’re going to get the services they need.

I’m curious. Moving from New York to Tennessee, what is your experience like from the two different states?

So I’ve been in state government for about 10 years. Three different states.  So, I have a lot of comparisons and I should probably write a book about it. (Laughs)

New York is very structured, with lots of management, lots of oversight and is very well-funded.  Not as conservative, say, as Tennessee. They also budget yearly, like here.

The difference is they run a deficit from time to time in New York.  Here, there is a very conservative balanced budget every year and a healthy rainy-day fund.

I think the similarities are absolutely citizen focus and customer service. We’re past the days where we just build applications and that’s what you get. It has to meet your needs. And so we’re kind of relentless on that.

That’s what I hope to bring here, that passion for service. Connecting to the customer. The big win is when you can have empathy for your customer. When you have that reach through empathy, that’s the big win.

I know you’ve only been here a few months, but is there anything in 2019 that you and your team are particularly proud of? Something that worked well?

I think last year there was a big focus on the guiding principles of the organization. You see those in a lot of organizations where there’s a list of: “We’re going to be customer-focused. We’re going to have integrity,” and all these things.

This organization actually practices it, and they hold meetings on it, and they hold each other accountable on it.  And that was happening before I got here. It’s actually been really cool to not only see but feel the difference in how people behave, how they conduct business and how they treat each other.

You still have your moments where you might get a little irritated here and there, but overall, I think these guiding principles have been really well received. I think that is key.

A Checklist for Your DevOps Needs