Communicating across your agency would be painful if no one inside your organization spoke the same language, used the same alphabet or practiced the same steps for expressing themselves.

Unfortunately, agencies at every level are frequently experiencing headaches from a similar list of causes. Federal, state and local organizations nationwide are suffering from separated bureaucracies, components and tools that prevent their workers from easily talking to one another.

Luckily, unified communications (UC) — a single app or suite to handle all of your communications — can have everyone at your agency speaking quickly and clearly while playing for the same team.

“You can have an app that can do all your communications for you,” said Mitch Robinson, Senior Director of Federal Cloud Sales, Avaya Government Solutions, while discussing agencies that use UC on Wednesday. “Now everyone has the same collaboration suite, the same tool.”

Avaya Government Solutions is an IT provider specializing in cloud-based UC, and Robinson was speaking at a GovLoop roundtable discussion about government IT modernization. Government attendees discussed the challenges and successes that their agencies are having adopting cloud and enabling UC at their organizations.

UC provides a unified experience and interface for users regardless of the communication medium being used. Robinson said that cloud-based UC is beneficial for agencies operating in today’s age of multiple devices.

“UC is frictionless,” he said. “It’s true mobility. It scales up tremendously.”

Although UC is available to move to the cloud, many agencies are hesitant to adopt due to the perception of disrupting operations or security.

Keith Trippie, who is now a consultant after working in the Homeland Security Department’s (DHS) Senior Executive Service (SES), said that many agencies struggle with changing their cultures for cloud.

“If you don’t have the team with you, it makes it more difficult to hit your target,” said Trippie, who also founded GotUrSix TV, a post-cable business network platform for the military, their spouses and veterans. “It’s humans, not the technology.”

Trippie noted that re-training the workers impacted by cloud can make embracing the technology and its benefits easier for agencies.

“There are lots of people who are government employees who have done IT one way,” he said. “They don’t necessarily see themselves in the afterlife of a post-modernization environment.”

“Imagine if every government agency had the Apple store experience for their customers,” he said. “Or, for another example, when you walk into McDonald’s, it’s quick, simple and repeatable.”

“Traditionally the IT role is not having outages,” he said. “And it’s also been making sure that you’re not on the front page of the newspaper for security. You can de-risk those things by putting them into the cloud and then put more energy into your mission.”

Robinson said that cloud enables UC that delivers consistent and secure communications agencywide regardless of the medium involved. Although UC is beneficial on its own, he added, communications is a low-risk, high-reward option for agencies that are just starting to adopt cloud.

“You don’t have voicemail in cloud?” Robinson said as an example. “Maybe that’s an easy place to start. You can stick your toe in and say, ‘Hey, we’re moving to the cloud.’” 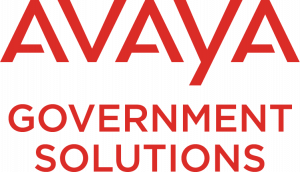