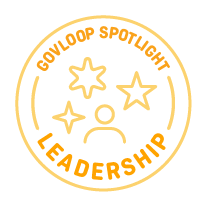 It may be safe to assume that most of us don’t like to fail. Many of us are working professionals, public servants, team leaders, parents, pet owners, human beings galore – with important responsibilities to get a job done and achieve successful results.

But we live in an imperfect – and often surprising – world, where whether through powers outside of our control, or within, things will not go according to plan. Failures will happen.

So, how can we prepare for failure that is inevitable, but not wholly predictable?

In our guide, “Resilience Lessons From State & Local Government,” one expert affirmed that it’s totally possible to prepare for things that don’t go according to plan – and that’s through this concept of “failing forward.”

Let’s say a security breach occurs at an agency. A breach is an example of something that isn’t really part of any agency’s strategy for mission-driven success. But due to a number of reasons, this agency was targeted and successfully hacked.

To fail forward, leaders should first be able to identify and acknowledge that the breach has occurred. And then they should be able to communicate and discuss this with the appropriate people, whether that’s other colleagues or supervisors, customers or the public.

Through these discussions, the organization can learn from this breach, identifying how the hacker entered, for how long the agency has been compromised, who else was impacted, et cetera, and come up with an action plan to apply what was learned.

This is a brief example of what failing forward entails. Now, you’ll notice this isn’t only about learning from failure. The identifying and communicating comes before that, and this often appropriately falls on leaders to take charge.

Andi Mirviss, Program Manager for the Centre for Public Impact, worked on a report that studied failure’s role in innovation across six local governments. What she and other colleagues discovered was that culture (pause) was critical for making failing forward stick. And leaders (pause) were “the linchpins” to creating the culture.

In a nutshell, leaders help destigmatize failure. When they can talk constructively about failure in a regular rhythm, instead of making it taboo, others will find it easier to follow suit. Mirviss said, “It takes the most crushing anxiety out of the picture if leaders are on board and demonstrating the types of practices they want other people to have.”

A destigmatized environment, constructive conversations – these all afford favorable conditions for collaboration. And this is absolutely necessary to keep agencies innovative, resilient and secure.

How to Think About the Cloud in New Ways