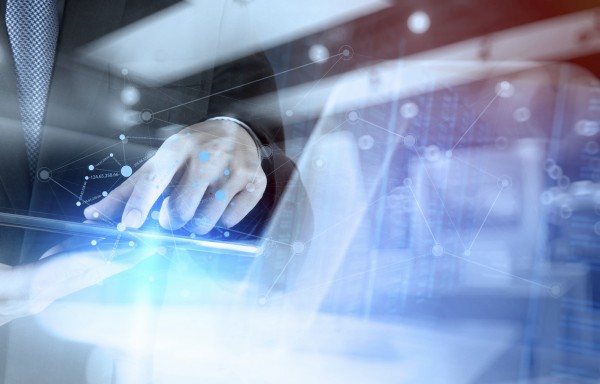 As you boot up your work computer and open Internet Explorer version 7, you may be thinking to yourself, “there has to be a better and more efficient way to utilize technology at my agency.”

If you’ve had this thought, you are not alone. Of the $82 billion in federal IT spending planned for 2017, approximately 78 percent of that budget is dedicated to maintaining legacy IT investments. This spending goes far beyond outdated web browsers, and looking forward, IT modernization is a must to ensure efficient spending and security. However, many agencies don’t know where to start developing a concise and effective modernization plan.

Moderator, Christopher Dorobek, started the session by underscoring that many people are still confused on what exactly IT modernization entails. El Attrash explained that, “IT modernization is the continuous evolution of an organization’s existing applications, infrastructure and software that lines up with evolving agency strategies.”

While every agency has different goals and modernization needs, IT modernization essentially boils down to agencies enhancing infrastructure and processes in order to help government employees do their jobs better and more efficiently deliver services to the American people.

There are two main reasons why modernization should matter to government agencies. First, legacy systems are extremely costly to maintain and costs are continuing to escalate. Bray explained, “on average agencies are spending 75-80 percent of their budgets maintaining legacy systems.”

In order to confront this, Bray and his team at the FCC made an intentional push towards modernization to reduce the amount they were spending on legacy systems. They were then able to reduce spending on legacy system maintenance from 80 percent to 50 percent of their budget, as well as reduce the time it took to deliver solutions from months to days.

Second, it is imperative that agencies develop an IT modernization plan to protect their infrastructure. “When you have end of life or unsupported applications or infrastructure, they can’t be secured,” Schlosser explained. This poses an inherent security risk and has the potential to be an existential threat to agencies.

Sheridan explained that at the Risk Management Agency, they collect personal identification information from a lot of Americans who are already hesitant to give their data to the government. “If we faced a breach because we were unable to modernize, people would not participate in our programs, making them no longer viable.”

Despite the need to modernize, agencies face many challenges in doing so. The first challenge that agencies have to overcome to effectively modernize is the culture against it. “When you develop an IT modernization plan, you should be cognizant that you will have to break down the culture that has existed for decades surrounding how we buy, build and deploy technology,” Schlosser explained. Without a cultural adaptation, it is extremely difficult to take a more agile approach to IT.

A second challenge is how to frame IT modernization within an agency. Many agencies view it from a strictly IT lens, however this is problematic because agencies can’t modernize without considering the business side of doing so. “We have to stop talking about modernization as an IT project and start looking at the value proposition of it and explaining it in terms of a business transaction,” Sheridan said.

Looking forward, approaching IT modernization from a business perspective will be key to successful initiatives. Bray emphasized that agencies must bring in all the stakeholders involved and lay out the value proposition options. From the public, to private-sector partners, to the agency’s workforce, everyone involved in an IT modernization plan must be transparently informed so they can provide input to allow the initiative to succeed.

dr. bray and his team of change agents at fcc are leading the way for the rest of public service to move to public cloud

5 Must Read Articles in February

Leveraging Mobile Solutions at Your Agency