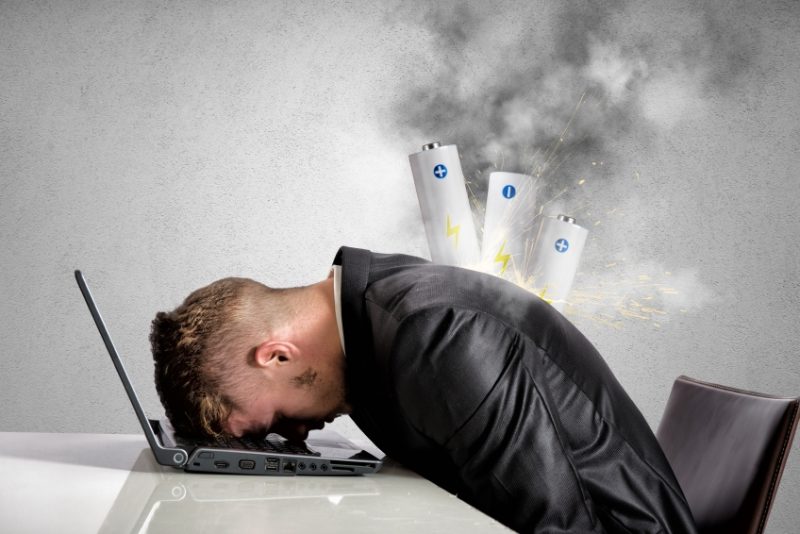 It’s no secret that federal employees are not always satisfied with their agency – but what about federal executives? A new survey out of Vanderbilt University, titled “Survey on the Future of Government Service,” found that a third of federal executives believe that the workforce lacks the skills to get the job done and that underperforming employees are not adequately held accountable. As chair of the university’s department of political science, a professor in the subject, and lead researcher on the survey, David Lewis believes that these numbers indicate a desperate need for civil service reform.

In an interview with Chris Dorobek on the DorobekINSIDER program, Lewis discussed the biggest problems that nearly 4,000 federal executives identified with civil service in his survey and the woes the government could face as a result in the near future.

What inspired Lewis to orchestrate this survey? “You don’t read headlines about how thousands of planes land safely everyday, billions of pieces of mail are delivered on time, or national parks are clean and secure once again,” he explained. “If we want to do evidence-based policymaking about the federal personnel system, we need to collect data on the whole public service, and not just make inferences based on what you read in the newspaper.”

Unlike the Federal Employee Viewpoint Survey, the Vanderbilt survey asked a different set of questions and targeted federal executives, rather than employees at large in the U.S. government. “We wanted to see what [executives’] perceptions were about the skill of the workforce and then some factors that might explain the variation in skill,” he said.

After analyzing the thousands of responses, Lewis found, “the federal workforce is under stress…Some agencies are really struggling, but there are some that are doing well.” What explains the variation? According to Lewis, the answer lies in personnel recruitment, retention, accountability and promotion.

The survey found significant gaps between the private and public sector on dealing with under-performers and promoting talented employees. Many federal executives felt that they did not have adequate means to deal with underachieving employees. To improve their performance, Lewis argued that agencies should be asking four questions.

If an agency can recruit, retain and reward their best employees and trim out their underperformers, they can increase their overall performance.

Federal civil service policy today is piecemeal, often in response to particular crises. For example, in response to the wait-time bonus scandal at the VA, the government instituted rules making it easier to fire people. However, Lewis contended this might not be the right solution. Data clearly demonstrate that the VA’s problem is that it cannot compete with the private sector for the best doctors, nurses and civilians. “If your solution is just to make it easier to fire people, that’s not the sort of decision that makes a great workplace,” Lewis said. All it does is discourage talented individuals from joining the public sector especially when they can have better pay and more freedom in the private sector.

Many federal executives have private sector options, and over 40 percent were offered private sector jobs in the past year. When asked if they eligible executives if they would like to join the Senior Executive Service, only 55 percent said that they would. “These are the people who are running programs and agencies across administrations, responsible for long term planning, for program implementation. They’re responsible for the health of not only federal programs, but also the agencies themselves,” Lewis said. He concluded that if federal agencies are unable to retain the “best and the brightest into this sort of management core, that’s a real warning sign.”

When trying to make government more efficient, “We tend to focus on programs…But what we need to do is start thinking about the people that are running those programs,” Lewis said. He argued that the federal government must design a system that brings the best people in, trains and develops them, promotes them, and then keeps them. To improve their performance, agencies must develop leaders with high levels of capability, and treat them in a way that they deserve.

Federal executives offer unique perspectives about government performance. Lewis’s findings provide compelling evidence that changes must be made fast before the government loses some of its best personnel. He hopes the data provided by the survey will drive public policymaking in the federal personnel system.

An analogous survey was conducted in Canada by APEX – the Association of Professional Executives of the Public Service of Canada : http://www.apex.gc.ca/uploads/key%20priorities/consultations/final%20report%20work%20of%20ex%20survey%20-%20february%202015%20eng.pdf

The complement to this is the results of the 2014 Public Service Employee Survey – the Canadian analog to the FEVS – for executives: http://www.apex.gc.ca/uploads/key%20priorities/consultations/pses%20ex%20ps%20comparison%20-%20eng.pdf

Also, don’t forget the importance of developing those talented individuals so they can keep their skills sharp and develop new skills to keep up with changing technologies, processes, policies, etc.

Awesome blog! Thank you! I would say that state service is very similar. And training? Even when someone finds their own seminar or workshop or whatever training, most believe that they won’t be approved the time to take the class. Thus, they don’t bother to even ask because they have to prove all their work will be done ahead of time and why bother? If you have the time to get things done ahead, you should be doing more. So much depends on an individual supervisor. If that particular supervisor does not see the potential then it won’t happen. I’ve lucked out recently in that my supervisor has not questioned me about the time I spend on govloop as she sees my work is done and my reports are in on time. Wasn’t always so lucky.

Thanks for an insightful article. You hit on something that is often left out of the conversation on hiring and maintaining talent…empowerment. The conversations always seem to focus on money, yet most of us govies know that money is not the primary reason people enter public service. Employee and manager empowerment, acknowledgement, and as Lisa and Juana mentioned- development, is what causes people to have satisfaction in the public sector workplace. People need to be acknowledged for their dedication and innovation. By the way…NOT a paper certificate to throw in the drawer with the rest of them!