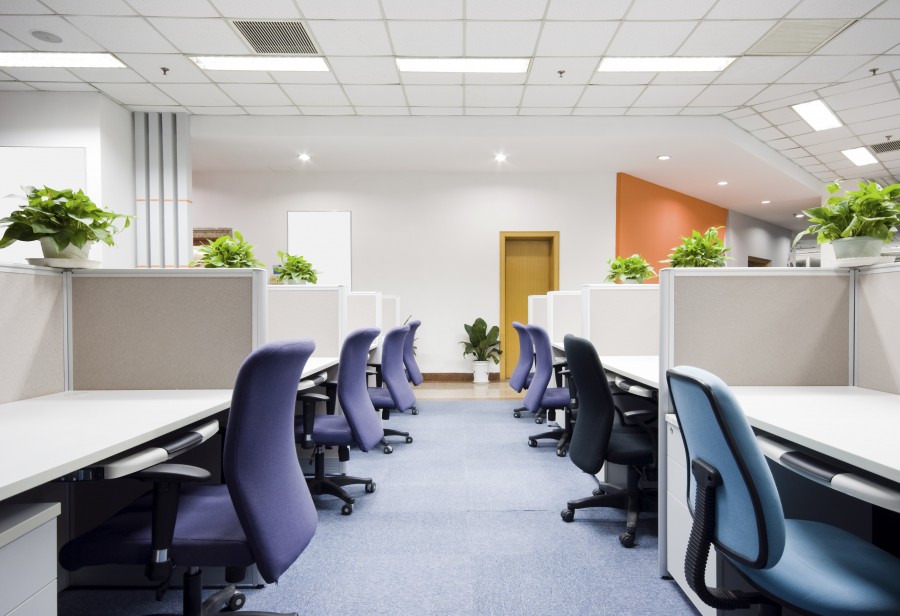 A recent Federal News Radio Online Survey shows feds are not keen on open office spaces. Most prefer to work in offices where they can close their doors, as many complaints involve lower productivity due to more distractions.

While feds are less likely to enjoy their offices with low or no partitions separating them from colleagues, many are still moving their offices to open space layouts because they prove conducive to better collaboration and innovation.

In a recent interview with Christopher Dorobek on the DorobekINSIDER program members of the General Service Administration (GSA’s) Office of High Performance Green Buildings shared their insights on the reluctance of feds to get on board with open office spaces.

The perks of open spaces
According to GSA, there seem to be many benefits to having open spaces. Not only do they compliment our innate social behaviors and tendencies, but they also inspire more collaborative and interactive work.

“If you go back about a century, everybody was in open spaces, even before the cubicle was made,” Campshire said. “I think the pendulum is swinging back towards more openness, more transparency, and more flexibility and mobility in the office space.”

“I think there’s been a recognition across professions that people have been too isolated from each other,” Heerwagen added. “As work becomes more interactive and collaborative, we need to focus on easing the flow of communication.

She also noted how this flow of communication complements our social behavior. “The brain is a social organ. If you look at the evolution of people, they talk all the time. They learned from talking, told stories, and chattered all day long. We still have that brain.”

GSA research shows that open office spaces not only help to benefit our nature as social creatures, but also improve cost effectiveness. “We studied over 230 different places and found that office buildings are 50 percent empty day-in-day-out,”Kampschroer said.

“One of the things that GSA is doing is increasing the number of people who use the same amount of space, in the hopes of encouraging collaboration and encouraging a more efficient use of space. It leads to greater collaboration at a lower cost.”

The innovative component comes from the ability to easily chat with others and overhear conversations that keep people informed on what the organization is doing. “We’ve got survey data that shows people frequently talk to other people and learn by overhearing conversations. They then quickly intervene to talk about relevant work topics,” Heerwagen said.

Finally, it’s a great way to keep members at all levels of the organization working together. Open spaces can eliminate constrictive hierarchies. “At GSA, top ranking people sit in open spaces exactly where other people sit. And that sends a positive message,”Kampschroer said.

Wide-open spaces: they promote more collaboration, they compliment our social nature, they’re cost-effective, and they can lead to a healthier work environment. But, as the survey results show, fed workers seem to have a hard time adjusting to this new movement towards open office spaces.

Why do feds dislike open spaces?
Besides lack of control of noise levels and lack of concentration, there may be more underlying reasons as to why feds are reluctant to embrace open spaces. Employees dislike not having their own desks. Additionally, they get tired of overhearing their neighbors’ conversations.

Heerwagen believes this is the result of people’s inability to voice their frustration. “People have a reluctance to tell their coworkers to please be quiet,” she said. “What I found in my research is that the most difficult discomfort people cope with is acoustics, or noise from other people. They try to concentrate harder and they can’t do it, so they get angry.”

Campshire added, “People engage in destructive behavior as a result because they’re angry at their employer. You can avoid this in many ways, and this is why engagement is so important.”

When an employer takes the time to actually engage her employees on frustrations and workspace preferences, open space doesn’t seem to be the real issue at hand. Kampschroer said it’s important to sit down in one-on-ones and ask employees exactly what bothers them about open spaces. Let employees know you’re trying to address those issues.

“In a lot of cases, it could be something that is not really associated with openness at all. In fact, we have measured space with low cubicle heights, and sound levels are lower,”Kampschroer said. “We conducted some surveys and asked about acoustics and – all of a sudden – acoustics was the number one problem. A lot depends on the type of questions you ask.”

While some may never love the idea of wide-open spaces, there are ways to make office adjustments easier and to ensure that all employees are comfortable and feel productive. For example, there are headphone noise cancelers that indicate when employees are free to talk or not. Whatever the approach, engagement is always the first key step.

One of the problems comes in when the open office concept is utilized but getting up from one’s desk or talking with others outside of a scheduled meeting is strongly discouraged. That approach takes away from the benefits of an open office and leaves employees as isolated as closed offices.

I work in an open space. I have a hearing impairment, and wear a hearing aid. The office can get very noisy at times, thus sometimes creating difficulty in hearing on the phone or one on one in person. Though I do express this issue, it is often forgotten. On the flipside, having a hearing impairment all my life has created an extraordinary ability to focus, and “tune out”.
We must all be mindful of each other in an open atmosphere, and at the same time learn to respectfully adapt.

When I started in the workforce 30 years ago it was in an open office. Lots of visual and aural distractions. It was hard to get work done. Trend back to it so you can put more workers in less space is not a good one in my opinions. But bosses don’t care so I’m glad I’ll be able to get out soon.

You Got the Position: Now What? Making the Most of Your Time