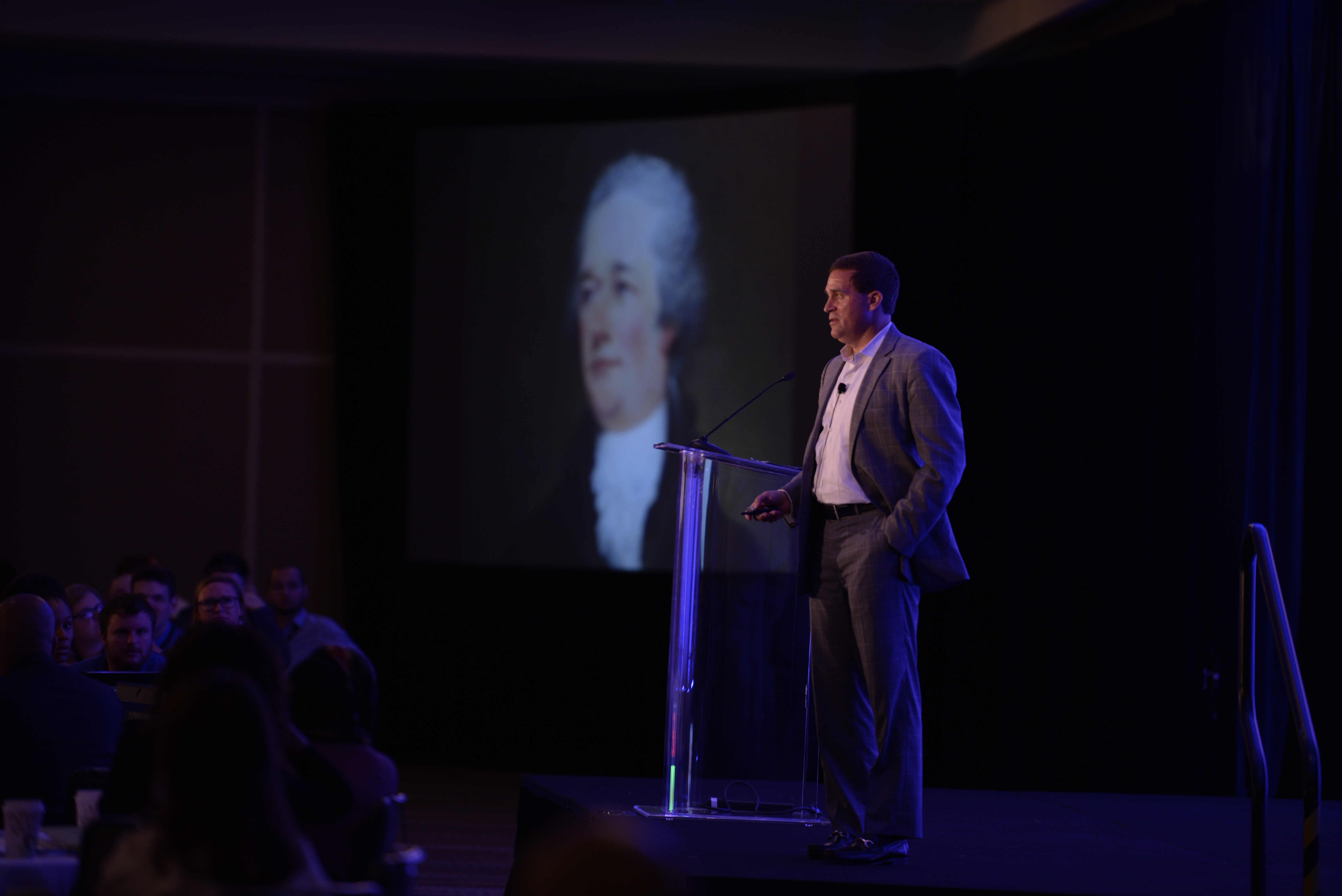 Change in government: that’s easier said than done. All too often, we just take it at that. But to get a better understanding of obstacles that impede your progress, start asking yourself, “why?” followed by “why not?”

At this year’s Next Generation Government Training Summit, Dan Helfrich, principal with Deloitte Consulting LLP and leader of the Federal Government Services practice team, challenged us to think differently in order to harness the inspiration needed to have a bigger impact on your agency and the world at large.

Some Unlikely Change Agents
As a government consultant, Helfrich loves taking a fresh perspective and looking through a different lens to help anyone accomplish big goals. His first challenge for people is to do something differently and he cited some unusual examples. What do a 19th century entrepreneur, a famous founding father, and a basketball innovator have in common?

Take William Welch Deloitte for example, who in the middle of the 19th century, said “Why should I trust enterprises with their financial information before I invest in them?” Just by asking that question, Deloitte launched the accounting profession that became standard in the field.

What about Alexander Hamilton? While he’s very popular for the current Broadway musical sensation, Hamilton is most famous for rethinking the fundamentals of the economy and reintroducing the idea of a central bank.

Then, there’s Danny Biasone. You may not have heard of him if you aren’t into sports, but Biasone was the reason why the NBA established the shot clock at twenty-four seconds in basketball. He envisioned a well-paced match-up in which each team took around sixty shots per game.

While seemingly disparate examples, all three of these people had one thing in common: they thought differently. All it took was positing, “This doesn’t work. How could we make this better?” Helfrich said envisioning an improved process is the first step to becoming a change agent.

The Power of “Why Not?”
Government employees are change agents that affect three critical constituencies: you, your agency, and the citizens you serve. Helfrich said in order to become change agents it’s important to go beyond the question of “why?” and ask, “why not?”

During Helfrich’s government career, he asked that question many times. With impractically long meetings and post meetings, Dan and his team tried thinking of ways to waste less time and be more efficient. They came up with a solution: get rid of the word “briefing” and schedule only 15-45 minutes for each meeting. Dan and his team replaced “briefing” with “huddle” – a genuine exchange of ideas and collaboration rather than just one person in control talking during the whole meeting. And to address the dreaded, “all hands” meetings and conference calls, Helfrich and his team recorded podcasts instead. People could then listen in to the meetings while multitasking and not wasting others’ time.

It may sound inconsequential, but for Helfrich and his workplace, huddles and podcasts made a world of difference in employee productivity. Now imagine taking the “why not” to a global level.

Estonia, one of the smallest countries in the world, is 100% digital. The government asked itself, “Why can’t we be a digital leader? Why can’t we drive our government through digital services?” By asking such questions, Estonia now has a completely digital government and an “e-Residency” portal that “offers every world citizen a government-issued digital identity.” Now, Estonian children are even learning to code as early as Kindergarten. Instead of focusing on its size as a country, or all the reasons why they couldn’t achieve digitalization, Estonia focused on how they could be change agents and leaders.

Helfrich concluded by encouraging govies not to be afraid to think out of the box. “I think we’re sitting on one of the most gigantic change platforms in the world,” he said. As leaders in government, its our responsibility to think differently; ask the “why nots?”; and innovate for the sake of ourselves, our government, and our citizens.

How to Become a High Payoff Learner

Discover How You Are Creative