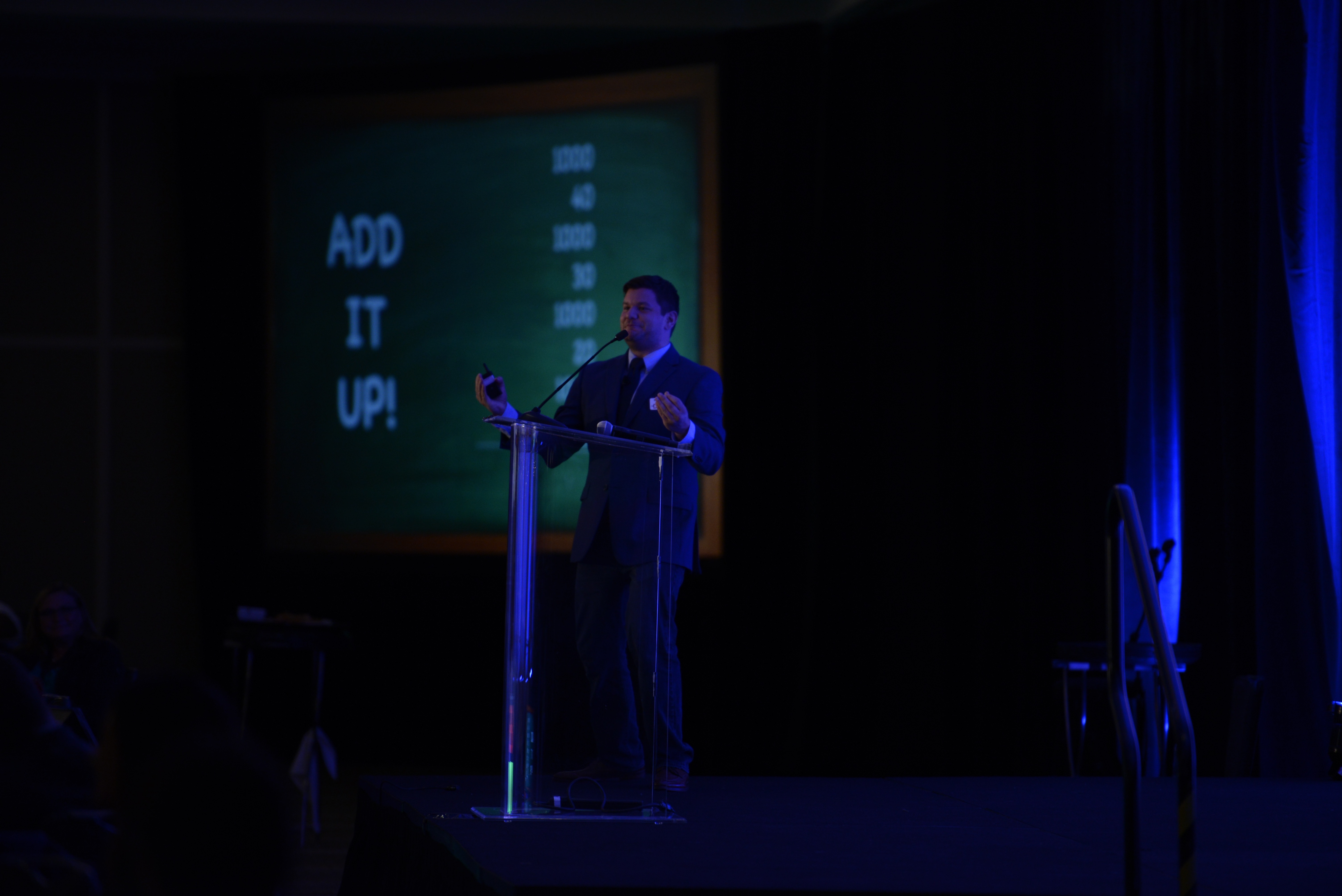 At some point in your life you probably have placed yourself in one of two buckets: creative or not creative. I know I have. I am left-brained, analytical, and definitely not creative. However, limiting ourselves to being creative or not creative is seriously hindering our innovation capabilities and problem solving skills. According to Nathan Schwagler, Co-Director of the Dali’s Innovation Lab, there is no such thing as not being creative because creativity can be developed and learned.

In Imagine Better, one of the speeches in the second keynote section at the Next Generation of Government Training Summit, Schwagler emphasized that learning creative problem solving skills is crucial to innovation. However, many people fall into the mindset that they are either creative or they are not, hindering this process. Schwagler said that in order to counter this mindset, we need to start asking not how creative are you but instead, how are you creative.

Schwagler introduced Theresa Amabile’s Organizational Creativity Model to highlight what elements are necessary to foster creativity. The first element is domain skills. Schwagler explained these skills are the things you know and have content expertise on. Second, is motivation. Schwagler emphasized that, “while extrinsic motivation like a performance bonus or free lunch are good, they are not sustainable.” As a result, intrinsic motivation is crucial to promoting creativity. Finally, developing creative thinking skills is inherently necessary in order to be creative.

Feel like you’re missing one of these elements in your life? Don’t worry, Schwagler ensures that creativity is a natural human phenomenon that can be enhanced through deliberate training. In order to tap into this creativity, Schwagler laid out five divergent thinking guidelines: temporarily suspend judgement, build ideas of others, go for quantity, wild and crazy is okay, and incubation.

Particularly important is the temporarily suspending judgement guideline. Schwagler explained that it is much easier to say an idea won’t work than to look at it and say I think that idea could work. As a result, it is crucial to take a minute when new ideas are presented and not shoot them down just because they may seem strange. Additionally, reframing initial reactions to odd ideas is necessary. He emphasized, “we should be saying, ‘how might we be successful here?’ instead of dismissing an idea right away. Giving people a chance instead of immediately shutting them down is crucial in fostering creativity.”

Schwagler stressed that workers’ creativity is crucial to government innovation. Often times in government, employees are stuck in their ways because many government processes are difficult to change. However, tapping into creativity reveals the truth that there is always more than one way to solve a problem. Schwagler underscored this when he concluded, “being in government you have the possibility to effect more change than the vast majority of Americans right now and that is powerful.”

The Challenge to Think Differently