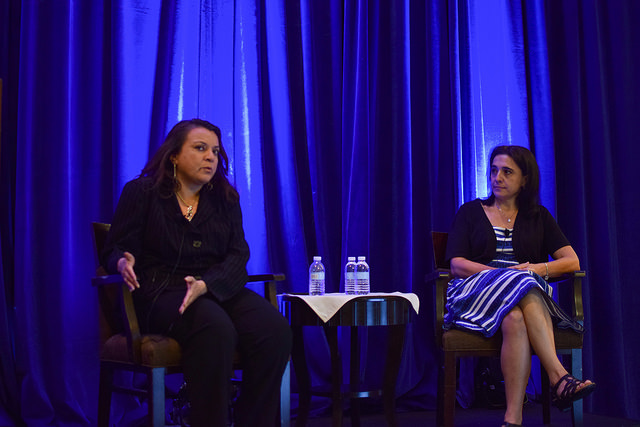 Trying to understand and explain the intricate details of cloud computing is hard — even for the government’s biggest techies. But even harder than that is navigating the cultural and technical challenges of buying cloud services.

“Procurement was probably the hardest part of getting into the cloud,” said Roopangi Kadakia, NASA’s Web Services Executive. Speaking at GovLoop’s “Evolution of the Cloud” training event on Wednesday, Kadakia recalled earlier on in NASA’s cloud journey when contracting officers told her it would take at least a year to buy cloud services. In tech years, that’s almost an eternity, considering the rapid pace of technology and the reality that NASA’s needs would evolve during that time.

It took months of hard work to sell the benefits of cloud, but it paid off. The end product was NASA’s West Prime contract, which the agency’s inspector general touted for its compliance with governmentwide cloud security standards.

“If the IG tells you this is a good contract vehicle or requirement, chances are people are going to listen,” Kadaki said. It took a team of people — working nights and weekends — to develop the contract and make a final award. But even the most thorough contracts can and will be protested.

“The moment we got the award, we were protested,” she said. “In the climate of where cloud is, you’re going to get protests.”

The comforting news is there are people like Kadaki, who have survived protests and can share their lessons learned about cloud procurement. Here are a few key takeaways from Kadaki’s experience with the West Prime contract and her role in migrating more than 160 applications to the cloud.

1. Get buy-in from your inspector general and general counsel. Kadaki said her team gave the IG the entire acquisition package associated with the West Prime contract and asked the IG to evaluate it. That way her team could come back later on and work with the IG to ensure the agency implemented what was purchased. “That was the biggest win we had,” she said. “We had someone on our side.”

2. Bake security in up front. NASA’s West Prime contract did not have a section designated for security, Kadaki said. “I wanted to make sure whatever services were provided were secure from the time they are built.”

3. Communicate early and often. Kadaki said she talked to more than 250 people from across NASA about cloud computing and their needs. She made cold calls to program managers to find out what capabilities they wanted to gain from the cloud.

4. Explain the total cost of ownership to senior leaders. You may be paying more for licenses in the beginning, but you can make the case to senior leaders that they will no longer be paying for old infrastructure that is no longer supported. Kadaki recalled the budget challenges she faced while trying to migrate and implement dozens of applications to the cloud in the midst of sequestration budget cuts. “My budget was cut 40 percent,” she said. “Having that total cost of ownership has really helped make the case” for cloud.

Kadaki advised agencies to take a phased approach to cloud adoption and to set standards and stick to them. She’s speaking from experience. Today, all of NASA’s assets for engineers are in Amazon’s GovCloud, and they’re probably more secure there, she said. There is more transparency of how data is being secured and people understand the risks that are involved.

“The challenge was the mindset,” Kristanne Littlefield, Applications and Architecture Director, for the Department of Technology Services in Arlington County, Va., said during the event.

There was one deal, in particular, where the county was looking for a provider to host its WordPress website and provide 24×7 support. At the time, Amazon Web Services was the only provider that could meet the county’s needs. Littlefield had to convince internal procurement and legal officials that the deal was a good opportunity and would save money. She said the move to AWS saved the county $15,000 a month.

“It’s utility-based computing,” which means you pay an hourly rate for computing, bandwidth and storage, she said. But the lack of predictability can be unsettling for some people.“That was the hardest hurdle for us to overcome,” Littlefield noted.

Some people fully embraced cloud, but others perceived it as a threat to their job security. The key is “helping people understand that everyone has a role, it might just be a little different,” she said.

Moving Forward with the Cloud