Robotic process automation (RPA) is the latest trend sweeping through the federal government. Despite growing interest in RPA, many federal employees are uncertain about how it would operate at their agencies. What is this technology, they ask, and what does it mean for our jobs?

The answers may surprise you. Though RPA bots are capable of human functions like data entry, they’re less like replacements for people and more like new co-workers. RPA features software bots handling easy, rules-based activities that might traditionally fall into the “busy work” category. 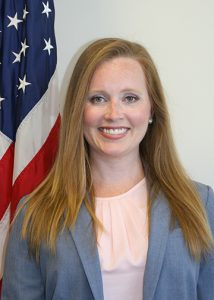 “One of the biggest lessons we learned from the pilot was that you have to manage the bots like employees,” said Cassandra Madden, a Senior Program Analyst at FIT. “You want to make sure you’re getting your bang for your buck.”

Madden said that these bots can complete the same task repeatedly for far longer than humans. The Bureau’s duo, for example, saves an estimated 8,000 manpower hours annually.

“Bots don’t take vacations, and they can run 24/7, doing multiple processes and tasks during that period,” she said. “It definitely helps enhance your workforce. You tell them to look at these particular data sets or systems, and it runs the script continuously or when you’ve programmed it to run.”

Humans program RPA bots by demonstrating a repetitive behavior to them and then constantly automating it as needed. This saves people energy and time for higher-value work.

Madden also noted that RPA bots are more accurate and efficient than humans for activities like reconciling data between two systems. They lighten the load for people, freeing them up for more difficult endeavors like detecting data errors.

“The process of data reconciliation alone can take a long time to do for a human,” she said. “Plus, they have other daily tasks. They must answer emails and phone calls. Your day gets filled quickly.”

For organizations skeptical of such bots, Madden recommended considering a manageable experiment involving them. This demonstrates RPA’s value, she continued, at less cost and manpower.

“Start with something small,” she said. “If you do that, it’s lower risk, your mistakes are smaller and you’re able to recover faster. You’re still learning along the way and improving your organization.”

Madden also explained that RPA is a simpler version of artificial intelligence (AI), one that helps pave the way for the more complex varieties.

“It’s all on the same automation spectrum, but AI’s more sophisticated,” she explained. “AI’s like RPA’s smarter older brother who went to Harvard.”

Madden additionally encouraged agencies to introduce their employees to their RPA governance processes early on to ensure shared commitment to the program.

“Especially in government, you don’t want to do something willy-nilly,” she said. “IT and security folks are generally pretty thorough before they allow something new on their network.”

RPA could provide a future where bots perform our government’s most tedious functions while humans engage in more fulfilling or interpersonal work. Madden said that for now, agencies interested in the technology should try it out.

“It’s always important to get your fingers dirty and learn about technologies like this that are buzzwords right now,” she said. “I don’t think they’re going away anytime soon, so you might as well at least dabble in them and see where you might be able to use them within our organization.”