By the time you read this, there will undoubtedly be new developments. And, this roundup can’t include everything. The focus is on federal news most relevant to government employees. Check out the linked sources for more information.

Though Trump claims there’s no chaos in the administration, a flurry of staffing shakeups hint at a White House on shaky legs. Here’s a set of remarkably interconnected web of hirings and firings. And yes, all this and more happened in just the last two weeks of July.

Trump hired financier Anthony Scaramucci as White House communications director. Later the same day, press secretary Sean Spicer resigned, with Sarah Huckabee Sanders taking his place. Spicer lasted only six months. Though Spicer had been said to be looking to leave for a while, he finally quit because he believed “Scaramucci’s hiring would add to the confusion and uncertainty already engulfing the White House.”

Meanwhile, Reince Priebus’ tenure as White House chief of staff ended after he’d spent just six months on the job. Though some reports said Priebus was fired or forced out, Priebus said he resigned. Trump replaced Priebus with retired General John Kelly, who had been serving as secretary of Homeland Security. Elaine Duke, the deputy director of Homeland Security, will step up as acting secretary.

Hours after Kelly was sworn in as chief of staff and just 10 days after Scaramucci joined the White House, Trump removed Scaramucci as a result of Kelly’s urging. There’s no word yet if Scaramucci will stay on at the White House in a different role and the new communications director will be. And, it’s too early to know if this is a sign that John Kelly will bring order to chaos.

Those aren’t the only notable or controversial staffing changes in the last month.

Walter Shaub, Jr. resigned as director of the Office of Government Ethics in July. As Shaub departed, he told the New York Times that the U.S. is “close to a laughingstock” because of the “historic ethics crisis” created by the Trump administration. Since his departure, Shaub has continued to speak against government abuses of power.

The National Security Council (NSC) seems to be in tumult. Tera Dahl, deputy chief of staff at the NSC, important ally to Steve Bannon, and former Breitbart columnist, was “reassigned” off the NSC and out of the White House. Dahl’s departure was characterized as a “blow for the nationalist wing of the [White House].” National Security Advisor Derek H.R. McMaster fired Derek Harvey from the NSC, another person close to Bannon. Harvey was a key policy adviser on the Middle East.

Speculation abounds about who will be next to go. Will Trump fire special counsel Robert Mueller and risk a constitutional crisis? Will Jeff Sessions break because of Trump’s criticisms? Will Bannon get the boot? Will Rex Tillerson stay on as head of the State Department? Will Trump turn his threatening “joke” about firing HHS Secretary Tom Price into reality? Stay tuned.

3. Not many new faces

With the Senate possibly (it’s really not clear) taking off for summer recess in August, The Washington Post reported Trump has fewer confirmed political appointees than previous administrations did by this point. Though Trump’s slow pace of nominations was initially the cause of the slow pace of confirmations, the Post explained that “as nominations have come more quickly, the confirmations have not kept pace.”

That said, it doesn’t help Trump when one of his nominees has to remove themselves from consideration. In July, James Clinger withdrew his nomination as chairman of the Federal Deposit Insurance Corporation (FDIC), citing family-related obligations.

Also in July, the Senate confirmed Patrick Shanahan, the former vice president of Boeing, as deputy secretary of Defense; Neomi Rao as the head of the Office of Information and Regulatory Affairs; David Bernhardt as deputy secretary of the Interior despite controversy over whether he violated the Lobbying Disclosure Act; and businessman William Hagerty as ambassador to Japan.

Trump has continued to make nominations. His nomination of Samuel Clovis to the U.S. Department of Agriculture (USDA)’s top science position was especially controversial since Clovis is a former talk show host who is not a scientist, has no agricultural experience, and is a climate change denier. 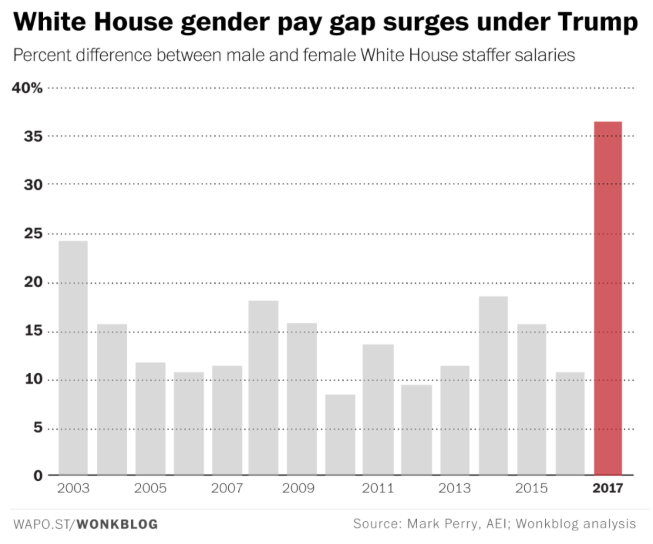 With a thumbs-down gesture that caused gasps in the Senate chamber, Senator John McCain (R-Arizona) joined Senators Lisa Murkowski (R-Alaska) and Susan Collins (R-Maine), and all 48 Senate Democrats in rejecting the Senate GOP leadership’s “skinny repeal” attempt to repeal parts of the Affordable Care Act a.k.a. Obamacare without providing a replacement.

Though blame was hurled in every direction after the rushed 1:30 a.m. Senate vote, the defeat is considered a significant setback for Trump’s health care agenda.

According to a Reuters/Ipsos poll, a majority of Americans want the country’s leaders to move on from healthcare reform and turn attention to other priorities. Whether Republicans and the Trump administration listen to the needs of Americans remains to be seen.

How Leaders Can Foster Resilience

The Top 5 Advantages of an Effective Performance Management Program