Since its inception, the U.S. Department of Homeland Security has undertaken numerous reviews and reorganizations in an ongoing effort to increase the department’s efficiency and effectiveness in managing its wide-ranging, complex set of missions. In April 2014, Secretary of Homeland Security Jeh Johnson directed DHS leadership to make several key changes to “transparently incorporate DHS Components into unified processes and the analytic efforts that inform decision making.” The secretary indicated that the overarching goal of this new effort is two-fold: to deepen understanding of the DHS mission space and to empower the department’s components to effectively execute its operations. Over the last year, DHS has pursued this unity of effort against the backdrop of challenges such as tightening budgets, low morale, and complex oversight structures. Ali Mayorkas, deputy secretary, U.S. Department of Homeland Security, joined me on The Business of Government Hour to discuss such topics as the department’s key strategic priorities, the challenges it faces, how the DHS “Unity of Effort” initiative is going, and what DHS is doing 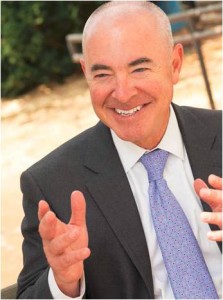 to improve its operational performance. The following is an edited excerpt of our discussion, complemented with additional research. – Michael J. Keegan

On Strategic Priorities. The second Quadrennial Homeland Security Review (QHSR) was released in 2014. We concluded that we will continue to adhere to the five basic homeland security missions set forth in the first QHSR report of 2010, but these missions must be refined to reflect the evolving landscape of homeland security threats and hazards:

We must constantly learn from them and adapt. I’d like to offer a few examples. The terrorist threat is increasingly decentralized and may be harder to detect. To an increasing degree, we are focusing our attention on the homegrown violent extremist; that by using social media, ISIL can motivate individuals here in the U.S. to take action.

The other example is that cyber threats are growing and pose ever-greater concern to our critical infrastructure systems as they become increasingly interdependent. The interplay between cyber security and our critical infrastructure—the interdependency—is constantly evolving and we’ve had to shape our cyber-strategy and protection of critical infrastructure accordingly. While the 2014 QHSR focused on our shared responsibilities with partners across the federal, state, local, tribal, and territorial governments, the private sector, and other nongovernmental organizations, the FY14-18 Strategic Plan focuses on how we accomplish our mission as a department. Accomplishing these missions requires unity of effort, across every area of DHS activity and among the numerous homeland security partners and stakeholders.

On Challenges. My first challenge involves the success of the “Unity of Effort” initiative across the department. It is our goal to bring a singular focus of expertise and resources from across the department in the most efficient manner to ensure that we achieve our varied missions most effectively. We want to do this while being careful stewards of the public trust. We’ve seen tremendous strides under the secretary’s leadership. I would like to highlight a compelling example of this effort represented by the Southern Border Campaign, where we’ve taken all of the different assets of the department that have traditionally or historically been devoted to border security and all of its ancillary concerns and brought them to bear in a more unified and cohesive fashion than ever before.

We are coordinating the efforts of Customs and Border Protection alongside but separate from the United States Coast Guard, alongside but separate from Immigration and Customs Enforcement, and so on. I think the impact of such an initiative will be far greater and the proper allocation of resources will be far more effective. This is truly a transformational effort.Another significant challenge in managing the department is the constant need to do more with less, given today’s federal budget environment. We are also working regularly with the Government Accountability Office (GAO) to address the department’s presence on GAO’s High Risk List. Upon its creation in 2003, DHS was immediately placed on the GAO High Risk List because of the challenge of bringing together 22 disparate federal entities into a single department. This specific effort presents as many challenges as opportunities. 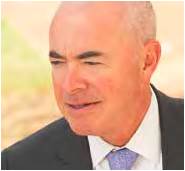 On the Unity of Effort Initiative. The department has many strengths. The Unity of Effort initiative capitalizes on these strengths while identifying ways to enhance the cohesion of the department as a whole. The department will accomplish this not by centralizing the decision-making authoritthe anay and processes within an opaque DHS Headquarters, but rather by transparently incorporating DHS components into unified processes and lytic efforts that inform decision making. As I described, this effort draws upon the resources and focus of different parts of the department and ensures that those different entities are working in coordination with one another in a unified way to address that single-mission challenge.

We will focus initially on four main lines of effort to improve our planning, programming, budgeting and execution processes:

My role is to help oversee this effort along with my DHS component partners. We meet regularly to make sure that we are in fact unifying our efforts. I mentioned earlier the Southern Border Campaign as a good unity-of-effort example. Here’s another example using the department’s aviation resources. The Coast Guard and Customs and Border Protection have aviation resource needs. We have looked at the interplay of those resources both in terms of the requirements, and in their use and deployment. Have we analyzed whether they can merge their purchasing processes, their requirements development processes, and perhaps even their deployment processes? We’re taking a look to make sure that when we buy an aircraft, we inform decision-makers, so the most useful tool is to identify needs across the department and not simply be component specific. If executed properly, the Unity of Effort Initiative will provide the department with better understanding of the broad and complex DHS mission space and support the effective execution of our missions.

On Strengthening the Department of Homeland Security Management Functions. The GAO designated implementing and transforming the DHS as high-risk because DHS had to transform 22 agencies—several with major management challenges—into one department. To provide context, management functions include information technology (IT), acquisition, financial, and human capital. I became very, very involved in addressing the GAO high-risk items because of their critical nature to the development of our department. I met with our team. I looked at our timelines and the first question I asked was, how can these timelines be accelerated because we’re talking about matters that are not only high-risk but critical in nature. Our team doubled down and we accelerated quite a number of our timelines. We worked very closely with GAO to address the challenges. It requires significant investment and a close partnership with GAO. We’ve enjoyed all of the above.

Over the past twelve years, the focus of this high-risk area has evolved in tandem with DHS’s maturation and evolution. GAO recognized us as a model in addressing the high-risk challenges. That was articulated expressly in its last report and we’re very proud of that. We could not do it without the tremendous work of our people, and quite frankly, without the tremendous leadership in GAO, specifically, Comptroller General Gene Dodaro and the overseer of our portfolio, George Scott. They are tremendous partners. They hold our feet to the fire with respect to the challenges, but they call balls and strikes with respect to the work that we’re doing effectively. Our efforts to strengthen and integrate its acquisition, IT, financial, and human capital management functions have resulted in progress addressing the criteria for removal from the high-risk list. In particular, according to the latest report, the department has met two criteria: leadership commitment and a corrective action plan; and (partially met) the remaining three criteria: capacity, a framework to monitor progress, and demonstrated, sustained progress.

We have made important progress in strengthening our management functions, but the department needs to demonstrate sustainable, measurable progress in addressing key challenges that remain within and across these functions.

On Research and Development. Technology and homeland security are inextricably linked. A vast array of interdependent information technology networks, systems, services, and resources enable communication, facilitate travel, power our homes, run our economy and provide essential government services. These systems provide enormous benefits to our society and economy, but they also create new risks and vulnerabilities. DHS must endeavor to keep pace with technology and leverage research and development toward homeland security goals.

Under Secretary for Science and Technology at the U.S. Department of Homeland Security, Dr. Reggie Brothers, is really moving forward in assessing our research and development efforts, and our use and deployment of technology, to make sure that these efforts are closely tied to the department’s
operational needs. Dr. Brothers is bringing great rigor to making sure that our operational plans and our operational needs and tempo are synched with the department’s Research & Development efforts. He is also working more closely with the private sector. He comes from the U.S. Department of Defense where the R&D machinery is much more mature than at DHS, so he’s bringing that confidence and experience to DHS. Our ultimate goal in this area is to employ scientific study to understand homeland security threats and vulnerabilities by pursuing a research and development strategy that is operationally focused, highly innovative, and founded on building partnerships among operators, scientists, and engineers, and by providing operational support.

On Partnerships. Homeland security is achieved through a shared effort among all partners, from corporations to nonprofits and families. 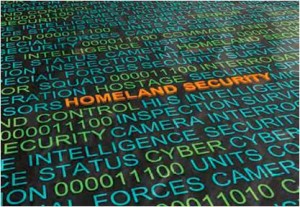 Together, we can harness common interests to achieve solutions beyond what any of us could do alone. Recent events, including the 2010 Deepwater Horizon oil spill and Hurricane Sandy, highlight the fundamentally important relationship that DHS must foster and sustain with the private sector as well as state, local, tribal, territorial, and international partners. In addition, rapidly evolving or emerging operating domains such as cyberspace and the Arctic are demanding new approaches and models for how DHS partners to achieve homeland security objectives.

We are focusing on enhancing our partnerships and outreach as an integral piece of the department’s Unity of Effort initiative. I lead the newly-established Deputies Management Action Group. We bring all the key senior leadership across the department’s components to address some of our critical financial and budget challenges and how we can best use the resources of the department to achieve our priorities. One of the key areas of focus is our partnership with the private sector. We had a very significant industry day where we talked about our acquisition strategy, our acquisition process, and welcomed the private sector feedback on how we could improve operational performance.

On Surprises. Prior to becoming deputy secretary, I was obviously well aware and quite familiar with the significant mission of the department, but once you are in a role as deputy secretary, the breadth and depth of the department’s mission set becomes even more significant, and surprises abound. Let’s take, for example, the Ebola response. DHS was on the frontline of screening travelers from the three African countries that were hot zones for Ebola. We devoted considerable effort and energy in response to this crisis. If you had asked me three years ago what role the department would play in response to such a crisis, I probably would have answered somewhere on the periphery, but that wasn’t so. I think it’s just a fascinating breadth. It’s both a challenge and an incredible opportunity.

You can listen to my complete conversation with Deputy Secretary Mayorkas on The Business of Government Hour or all my interviews with government executives changing the way government does business at the businessofgovernment.org.