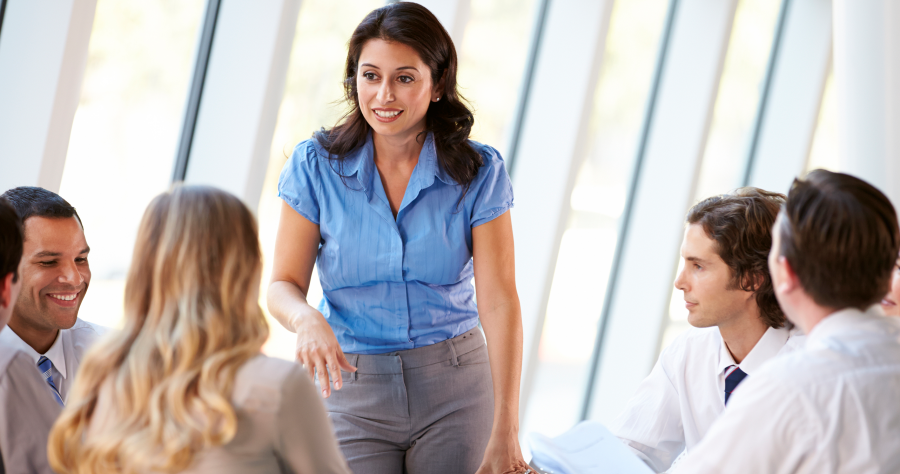 Communication is a skill that can be acquired and developed into a strength.

Knowing how to communicate effectively can mean the difference between success and failure. Communication with an elected official is different than how one communicates with the citizens of their community, and especially different when communicating with maintenance and operational employees.

For example, an engineer cannot walk into a city hall meeting and begin discussing the complicated diagrams of a Complete Streets Project as his audience may not be able to follow. Therefore, the engineer must learn how to effectively communicate to the elected officials at the city hall as well as tailor his presentation to any citizens in the audience.

In a presentation at PWX 2017 in Orlando, an established leader in Public Works led her discussion on “When You Talk is Anyone Listening? Strategies for Getting Your Message Heard” by saying, “In public works, it is so important to have communication skills to make people understand what you’re saying.”

Ms. Sue Hann went on to detail that, “… this skill is important for public works officials specifically because they must communicate effectively with their team, elected officials, the media, citizens, and so many other constituents in the industry.”

The communication that takes place in an organization is an important influence on the success of that organization (Clampitt, 2016). In the public works industry, there are similar hierarchies within each agency that depend on the size of the agency and the number of employees affecting communication. Span of control is defined as the number of people a manager can supervise effectively, and helps to determine the way public works operations assign tasks to employees (Lorick, 2011). For example, a public works department in Southern California is a part of its county’s Program III Infrastructure and Environmental Resources group, who report directly to their Chief Operating Officer, whose span of control is 1:3. This position then reports to their County Executive Officer who reports to the Board of Supervisors, and then to the electorate. The Director has a span of control of 1:4 and his assistants have a span of control of 1:5 each. Their direct reports have varying spans of control as well.

Understanding the established hierarchy is important in an organization to ensure successful task completion, as well as to provide defined avenues of communication. A supervisor under the Director who has a question on a project would not go directly to the Chief Executive Officer, but rather raise the matter to his Director. The Director would then resolve the issue and if needed, raise the question to the Chief Operating Officer. Similarly, if a Maintenance Worker II had an issue with a piece of equipment, he would address his superior Maintenance Worker III, who would attempt to resolve the issue. If he was unable to find a solution, the Maintenance Worker III would then follow the established hierarchy to his direct Supervisor who could then answer the Maintenance Worker II’s original equipment issue.

Organizations that follow an established communication hierarchy in a professional manner can ensure effective management.

Commonalities amongst all levels

There are three major commonalities in communication at all levels: humility, respect, and consideration of the other position. When a supervisor is communicating with his subordinates, he must humble himself and consider them as individuals and not just resources. The same is true for when a subordinate speaks to his supervisor; he must understand that it is the position that must be respected on both sides of the conversation. Additionally, when a public works director addresses the board of supervisors, he must apply a sense of humility to his presentation, as the subordinate to the board. Knowing your audience is another common strategy of effective communication that can be applied at any level. Though the public works director may know specific details about this organization’s operations, he must deliver his message in a way his audience can understand him.

Differences amongst all levels

There are terms and ways that maintenance and operational employees speak to each other that can vary between departments as well as among different agencies in different parts of the world. Knowing the audience would be one of the most important strategies when attempting to convey the same message to each department or division, as one might need to change their jargon and way of communicating for each department. A term that is common on the east coast of the United States may not be common on the west coast. Further, the maintenance employees might have nicknames for their equipment and geographical areas where they work. When explaining a deficiency in the equipment or an issue with an inlet or specific street, they must consider their audience and purposefully direct their message by choosing their words and their mannerisms. Often, maintenance employees communicate directly to the public. Where an operations supervisor could decipher the maintenance worker’s message terminology and shortcuts, a citizen might be clueless as to what an inlet even is.

The culture of an organization influences how problems are analyzed and solved, and can determine how employees communicate with each other. In a large organization, many professionals are often more accustomed to using formalities when addressing each other. In fact, some individuals may sometimes be dismayed when someone doesn’t follow proper protocol or address their superiors with a certain kind of respect. In smaller agencies and more rural areas, professionals are often more comfortable addressing individuals at all levels of the organization as their peers. These individuals often prefer a casual environment to formality.

Further, the culture of an organization can be impacted in how the agency responds to solving any kind of issue or problem. For example, a culture with a strong work ethic, who is open-minded, who respects the chain of command as well as each other, can thrive getting work done. Alternatively, in a culture that is “old-school” and is hesitant to change, the attitude is often, “that’s not my job” or “that’s not how things get done around here.” The resistance to listening to any new ideas or allowing for reform hinders the organization’s ability for progress. Hence the type of culture may impact the way communication affects the organization.

It is the responsibility of a leader to be an effective communicator. This includes not only what they are talking about, but also how they portray their message. Effective communication requires strategy (Hann, 2017). Some things to consider would be:

Depending on the agency, in an emergency event, an operations supervisor may be tasked with addressing his team on the state of operations. In this example, he knows who his audience is. The message may be urgent and full of detailed information. At this moment, he must determine what types of information and how much he can divulge to the entire team, as well as what must be saved for individual communication with the specialists. It is easy to let emotions control our actions, especially in emergency situations. Therefore, the operations supervisor must determine how he is going to deliver his message. “Good communication can rally support, calm a nervous public, provide much-needed information, encourage cooperative behaviors and help save lives. Poor communication can fan emotions, disrupt economies and undermine confidence” (Tabba, 2010).

In consideration of those four questions raised by Hann, there are two possible scenarios that could occur when the operations supervisor addresses his emergency management team. He could mistakenly allow his emotions to control his choice of words and he could unintentionally strike fear in his staff. This might consequently hinder his staff’s ability to perform the job at hand as effectively as possible because their minds would be on the safety of their property and the ones they love. Alternatively, through strategically choosing his words and manner of presentation, the supervisor could instill confidence and pride in his staff and in their ability to manage the emergency event. Further, by speaking to them thoughtfully and with respect, he will improve their view of him as their supervisor and strengthen the relationship between them, which would ultimately strengthen the organization.

Hann, S. (2016, August). “When you talk is anyone listening? Strategies for getting your message heard.” Lecture presented at meeting of APWA PWX in Orlando, Florida.

8 Tips for Getting into the At-Home Exercise Habit

The Use of Credibility in Decision Making