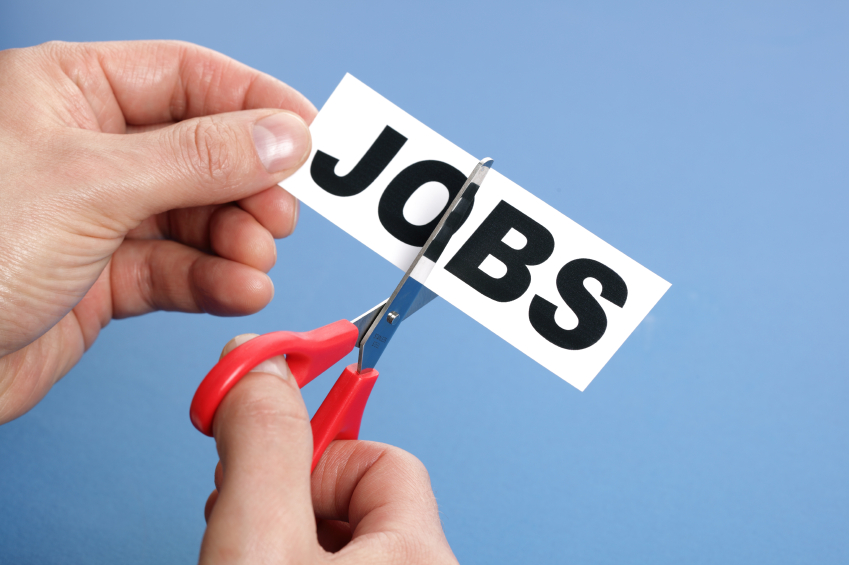 The idea of cutbacks doesn’t have to be synonymous with layoffs, but when budget cuts are imminent it’s only logical that we start looking for redundancies in our staff. But consider what this means. Nobody takes it lightly when the axe man cometh, but when we eliminate staff we are making the declaration that their position in our organization is not crucial to its continued operation.

This may certainly be true in some instances, but consider for a moment that at one time somebody thought that the position was absolutely vital to the success of the whole operation. Working in a small local government with limited resources, I have seen firsthand how one seemingly minor cut can lead to a breakdown in infrastructure.

Here’s how that scenario might play out. We’ll start by assuming that it was a bad year and there are across the board cuts. The Office of Vital Statistics has a very small budget and employs two people; a Statistician and a Data Analyst. The Data Analyst accepts a better paying job concurrent with budget cuts, and because the organization’s leadership recently decided to invest in high end software for the purpose of storing and organizing data, it is decided that some of the cost could be absorbed by eliminating the Data Analyst’s position all together. So the Office of Vital Statistics goes from a small staff of two to a single statistician.

To try to put this into perspective I will ask you to consider the people you work with. What would happen if the woman in the cubicle next to you suddenly won the lottery or got pregnant? Probably in the first situation she would come to work one day and say, “So long, it’s been nice knowing you.” In the second situation she would work for 8 more months and your department would throw her a baby shower and wish her all the best for the next 12 weeks. In either situation, the work load gets split up between you and your co-workers and everyone manages the best they can until the seat can be filled again. If it seems that everything is working out just fine without her, it might seem like a good idea to forgo filling the position again and declare it redundant.

But if suddenly employees are doing their own jobs plus various tasks and duties that would have been done by their colleague then naturally productivity goes down. The work load is still fundamentally the same, but there are fewer resources to manage it and there are gaping holes in expertise and ability in carrying out activities that were formerly the responsibility of an employee with training and experience specific to their area. Your department underperforms but it might not be totally evident by how much until evaluations roll around again. I suppose what I’m getting at is that when it comes time to trim the fat in our budgets it might be most prudent to truly consider how we define “fat.”

Maybe we could forgo the “Everyone needs an adjustable $400.00 standing workstation,” fad and the “Let’s get every department a top of the line Keurig machine and Starbucks K cups,” trend. I also believe we would all survive if we skipped the company swag. I recently read that the trend of giving out goody bags at children’s birthday parties is coming to an end. Moms have decided that they need the extra $150.00 for a post party spa visit more than their childrens’ friends need another kazoo, wacky pencil, tootsie pop, or princess figurine. Likewise, I think we would all be best served by skipping the coffee mugs, water bottles, stickers, totes and mouse pads emblazoned with the department logo at our employee functions and kept one of our employees employed instead.

This is not at all a popular perspective, but I wonder what would happen if instead of letting go of that gal up front who sorts mail and answers phones, we might look at the salaries of our top dogs and see if their earnings have outpaced their output. It might seem unfair to have to dish out pay cuts in order to retain employees who don’t appear to do much, but it’s much better than finding out too late that what they did was keep the gears turning. It may seem counter intuitive to skimp on the tech budget in this age of tech solutions, but it’s absolutely much less fun to try to plan, implement, and evaluate programs without people brains and people feet to do the thinking and footwork. Remember, our human resources, while being our most valuable resources, are also imbued with the bountiful resources unique to being human.

Great post, Rena! Sometimes by looking too much at spreadsheets and cost-savings, we forget there are actual people behind those numbers. It may save money for the short-term, but how does it affect organizational performance? Good topic!

Thanks Matthew, glad you liked it!

Too true. Your scenario happens all the time, and it’s tough to measure the negative impact on productivity.

What have you got against tootsie pops? 🙂

Interesting ideas, Rena! Thanks for sharing.

Regardless of the scenario, there are some hard cruel facts coming into play. In short, the largest part of just about any budget is the payroll. If, and this is a big IF, an agency has eliminated all the duplication (and I don’t think that has been achieved yet), and there are core services that must be provided, management is left no other alternative. Does this position (not person but position) directly contribute to the core functions? If it is a yes, then they stay, if it is a no, then they go. And, to run away from these facts is folly. It isn’t personal, much to the contrary, it’s called correct stewardship of our taxpayers’ money. An example, though of the other side of the coin, the Department of Veterans Affairs is critically short claims reviewers, physicians, and other Medical practitioners. And, they would love to see a claim completed accurately in 90 days or less, and Veteran patients seen at their hospitals in less than 2 weeks. However, the reality is there just isn’t enough money to do that. The fact is it takes 2 or 3 years’ experience before a claims examiner will be functional. And, if the Veterans Health Administration hired thousands of Medical professionals, they have no place for them to work. They need to expand their facilities and construction projects which can take as long as 5 to 10 years to complete (and renting space isn’t much faster). Thus, even if they were given the money, there is no place for them to work. DoD is on the other side of the coin, for right now anyway. They are left with the choice of cutting military personnel, or civilians. The choice is obvious. Military personnel can usually do the civilians job, however civilians can’t be combatants like the military. There are going to be a lot of hard choices play out over the next few years, maybe longer. All through this just remember, it’s not personal, it’s just the way things are. Wait a few years and things will go the other way.

@Earl Rice: While I agree with you 100% that it’s just business, nothing personal, I simply cannot have faith in waiting a few years for things to go the other way . . . please read up on the way things have been going for over 30 years now: The Increasingly Unequal States of America by Estelle Sommeiller and Mark Price. So, yes, @Rena Priest, I think indeed it is or would be a popular perspective if only we all were better informed. Thank you for the post!

i wish my former employer had read this article prior to laying off 5 of an 11 person department (including my boss and me). This killed moral so much that 2 more have quit since then. And, by the end of the year, only 1 person will remain of the original 11 due to retirement and a job transfer for a spouse.

I understand that tough decisions have to be made when funding decreases. Unfortunately, the continual lack of support for and cuts to HUD programs made that decision for layoffs necessary.

Agencies must remember to make smart decisions about what positions, as well people, will be needed to move forward. Contrary to what the article alludes to, the right people should also be considered.

My opinion is that, at times, the people affected should be included in helping come up with a plan and solution. In my situation, we had 2 who were already looking for other employment and 2 who are planning to retire in the next several months. We are adults and should be treated as such – we can handle the difficult discussions.

In the end, these cuts are a tough thing to make and participate in, no matter which side of the table you are on.