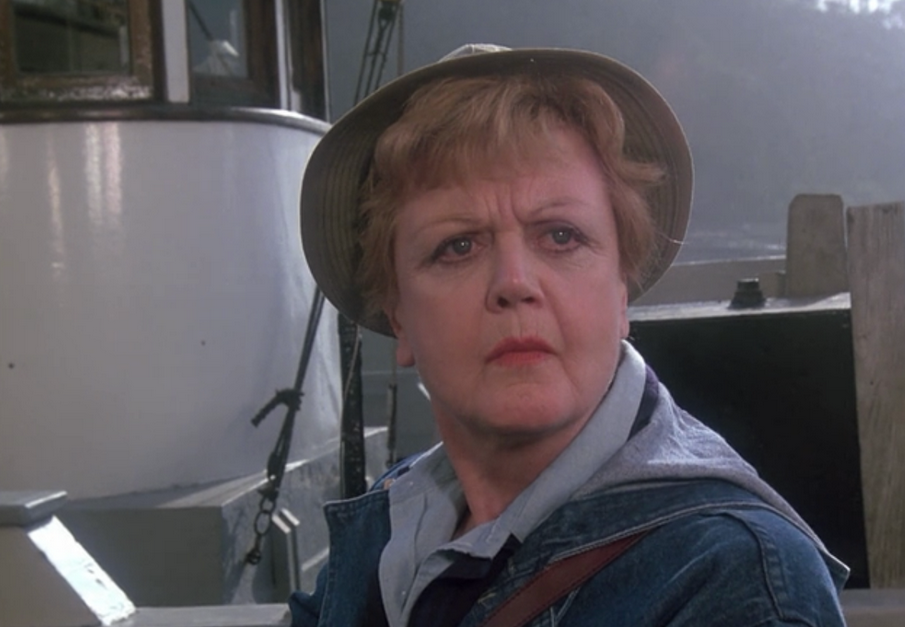 If you follow me on Twitter, you know that I’ve been captivated by the antics and misadventures of Murder, She Wrote’s protagonist, Jessica Fletcher. Dame Angela Lansbury, the actress behind the widowed bestselling mystery writer, keeps it real at every point of the series, which ran twelve seasons from 1984-1996. (So it’s just a little bit older than I am.)

Through my livetweet using the hashtag #jesswritesmurders and my late-night binge watching, I’ve learned quite a bit and gotten some advice that’s relevant to me–a young woman with a fledgling career in federal service.

Here are a few of the highlights:

1. “There are three things you can never have enough of in life, Lieutenant: chocolate, friends, and the theatre.”

Striking a balance between work and play is important. One of the things that I have trouble with is finding that work-life balance. While my job is one of my biggest passions, I have found that sometimes I need a little bit of chocolate (okay, probably a lot), time with my friends, and theatre (or in my case, Netflix in the middle of the night). Jess finds a way to hit that sweet spot between work and play; in many an episode you can see her behind the keys of her Royal typewriter or casually having dinner with some of her high profile friends. She’s got it down!

2. “I’ve found that those who feel that they have something to prove never succeed in doing so.”

I stepped into this job knowing full well there’d be obstacles; my age being one of them. It’s no secret that I’m younger than many of my cohorts. I started feeling that I had something to prove; that I had to prove to those with more experience that I belonged here. Nearly nine months after starting this job, I’ve stopped feeling that way. I don’t have anything to prove and I didn’t succeed in proving it. I got here on my own merit and because I earned my place. I don’t have to prove my worth to anyone–especially not myself.

3. “But because I’m a romantic I still believe that we have the potential to be nobler than we know and better than we think.”

Cynicism, in public service, is abundant. The general public’s distrust of government can unfortunately transfer into the people that are behind the scenes. But, if someone as successful as Jessica Fletcher can keep believing in the great things people are capable of, so can I.

4. “Find out what moves you to passion…and do it. Not because it’ll make you famous; Not because of the money, but because you can’t not do it. Just strive to be the best at what you do, and the rest will follow. Follow your own bliss… Everything else is just smoke and mirrors.”

This is the most important piece. Most government employees don’t enter the realm for the money or the glory. I never thought I’d be here; writing disaster response and recovery articles for the federal government. But when I served my term in FEMA Corps, I discovered a passion: the FEMA Mission. I was enamored at what this agency does for people across the country who may be going through some of the most difficult and trying times in their lives and I was able to find a way to use my skills in social media and writing and turn them into something that can help our nation “prepare for, protect against, respond to, recover from and mitigate all hazards.”

I work every day to become the best public servant I can be and I know that many of you reading this do too. And for that, I think we all deserve a big thank you. (Fortunately it’s Public Service Recognition Week–so it’s a perfect time to get it!)

Thank you, Jessica (how appropriate a name), for this piece. As an older government employee and a (continued) fan of Murder She Wrote (thanks to Netflix), you raise some great points.

Nice to hear someone say something supportive about FEMA! Rock on doing the hard job!

Here’s the entire text of the third quote. It’s from “A Story to Die For,” which is beautifully produced, and was written by the great J. Michael Straczynski. I like to think of this as The Cozy Manifesto.

“Popular culture notwithstanding, there is such a thing as right and wrong. The taking of a human life for any reason is wrong. You can never nudge the moral compass far from its true North without losing something vital. A compass is essential for everyone, writers in particular… It’s important to me to pursue those who cross the line, and take another human life. In my investigating murders, I’ve seen some terrible things — so many of them it would take the wind out of anybody’s sails. But, because I am a romantic I still believe that we have the potential to be nobler than we know and better than we think, that the darkness I’ve seen is only a shadow on the potential of the human heart… I urge you to keep your heart’s compass on the true North of your dreams. Be free to be romantics, to reject cynicism, to believe that good will prevail and that those who do wrong will be punished. Because, when the hour of the wolf comes as it comes to all of us, sooner or later, those are the things that sustain us.”