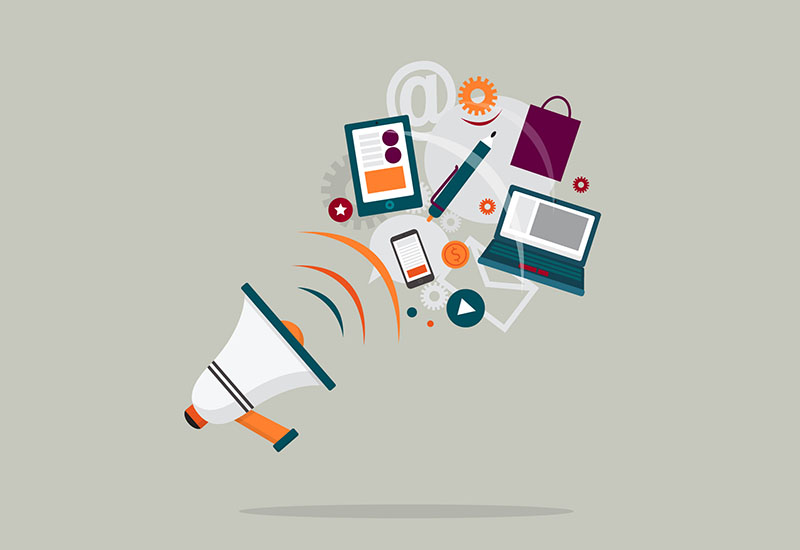 In a representative democracy, citizens make their voices heard. We, the people, elect representatives to speak for us in the halls of power. Modern communication technology makes it easier than ever for citizens to speak directly to our government: we can call or e-mail representatives directly, tweet at them, leave comments on their Facebook pages, and gather signatures for online petitions.

But communication is a two-way street. Just as governments need to hear from citizens, citizens need to hear from governments. Government agencies produce essential data on everything from unemployment trends and international security threats to progress of local pothole repairs. Citizens need to understand and measure the outcomes of policies we vote for. How can modern governments cut through the noise and speak effectively to the citizens they represent?

Diverse communication tools in a diverse country. Never before has government had so many tools to communicate to citizens: through print, television, and online media, through social media feeds, through e-mail and text notifications, through a mobile app ecosystem that seems to change by the day. Combine all these options for thousands of federal, state, and local government agencies, all seeking to communicate to a nation of more than 300 million citizens, and it is no surprise that effective communication is hard to achieve.

There is no one-size-fits-all strategy for government communication. The task will vary greatly across agencies and localities, by platform and channel, and ultimately depending on what the message is and who needs to hear it. I believe that the same considerations for interpersonal communication apply broadly to government-to-citizen communications. If you seek to earn trust, show respect, and speak with an authentic voice, citizens will listen.

Earn trust. Public trust in government has never been so low: Less than one in five Americans trust the government to “do what is right.” The breakdown is highly partisan, but no matter what a citizen’s political views, government officials seeking to communicate should expect skepticism at the outset.

Citizen skepticism is both warranted and part of the American tradition. The long history of governments communicating directly to citizens is not exactly pretty—from monarchs claiming divine right to modern authoritarians spreading propaganda, unscrupulous governments have always abused the bully pulpit. It is important not to dismiss the public’s skepticism but rather engage it directly. Make your agency’s data open. Be transparent about your methodology. Offer question-and-answer sessions on social media and let citizens take a peek behind the curtain of bureaucracy. Chances are, even devoted doubters of government will see a person very much like themselves behind government data.

Show respect. Whether or not they’re inclined to trust government data, many citizens simply want the government to leave them alone. Others may be happy to learn about the work of civil servants but have busy lives, jobs to work, kids to feed, and no time to examine a treatise.

Most of us know how to treat others respectfully. But in terms of communication, showing citizens respect also means respecting their time and their choice to engage. Don’t send spam. Provide concise fact sheets summarizing your agency’s big reports that can provide quick depth on the topic for time-strapped readers. Respect your followers by limiting your tweets and posts instead of flooding their feeds with extraneous information. If you open yourself up to public interaction, be available, responsive, and honest.

Be authentic. Modern Americans are easily distracted. Our phones are windows into a world of constant shifting fascination, and this connectivity has taken a toll on our attention spans. What this means is that you may run your agency in the most open and transparent way, with the most respectful and objective social media outreach—but if your communications come off as fake or written by committee, nobody will pay attention to them.

The most effective government social media accounts have an authentic voice. Take a look at the Transportation Security Administration’s Instagram account: a rogue’s gallery of bizarre and dangerous items that passengers tried, unsuccessfully, to carry onto planes. You can tell it’s managed by real people who are fascinated by what they’ve found, and while it’s not the first place a citizen would look to learn information about flying, the captions include many useful facts about the agency’s policies.

Being authentic doesn’t have to mean being edgy or colloquial. It means showing citizens you are a real person with real interest in your work. If you aren’t excited about what you’re sharing, citizens won’t be excited to learn about it.

What are your favorite examples of government communication in action?